Newly reduced to a dollar/79p, I wanted to highlight Toca Train - the Toca applications/games are terrific resources for when you want to hand your phone to a child, to while away some of their time. No ads, no pop-ups or IAPs, just an open-ended 'play' experience. In this case the toy train you always wanted. Er... I mean that you always wanted for your kid!

All aboard? Time to get on Toca Train! Your kids are the train driver in this fun and friendly train simulator. The controls are intuitive and there are no written instructions. Just pull the levers, push the buttons and start exploring the island with your train!

Toca Train is not a game - it's a toy where you and your kids decide what you want to do. Where do passengers want to get off? At what stop should you unload the crate of pears? Your kids imagination is the only limitation! Just like a toy train set.

Toca Train is suitable for kids between 3-7 years old.

As with all Toca Boca toys, there are no high scores, time limits or stressful music. Your kids can play with it however they want!

Here's Toca Train in action on my Lumia 920, in the hands of my 5 year old nephew: 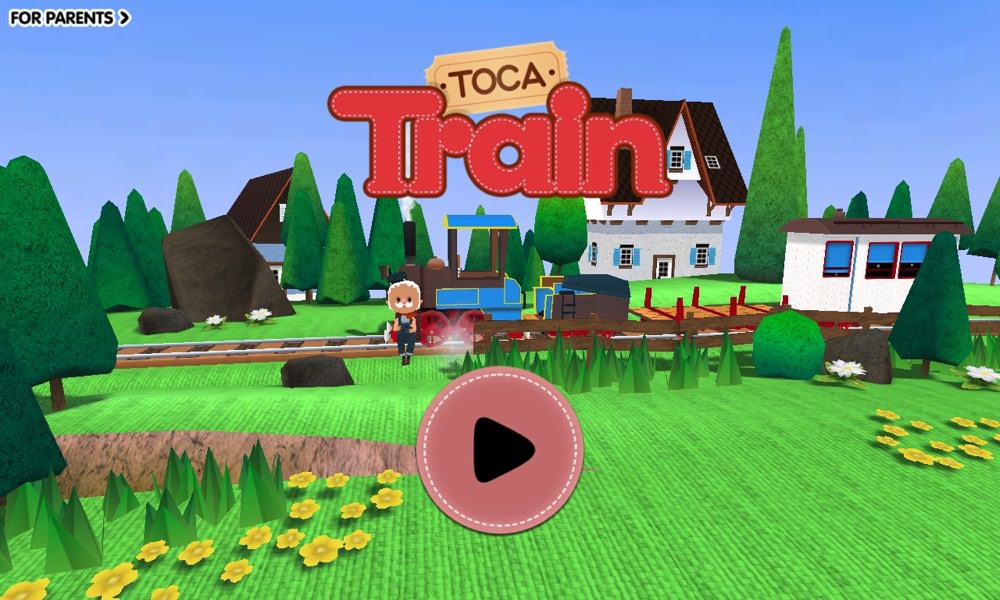 Starting up, just a big 'play' button - it's how 5 year olds like interfaces - make it obvious what to do next! The 'For parents' link is protected by a gesture and links to a page of text about the goals of the game. 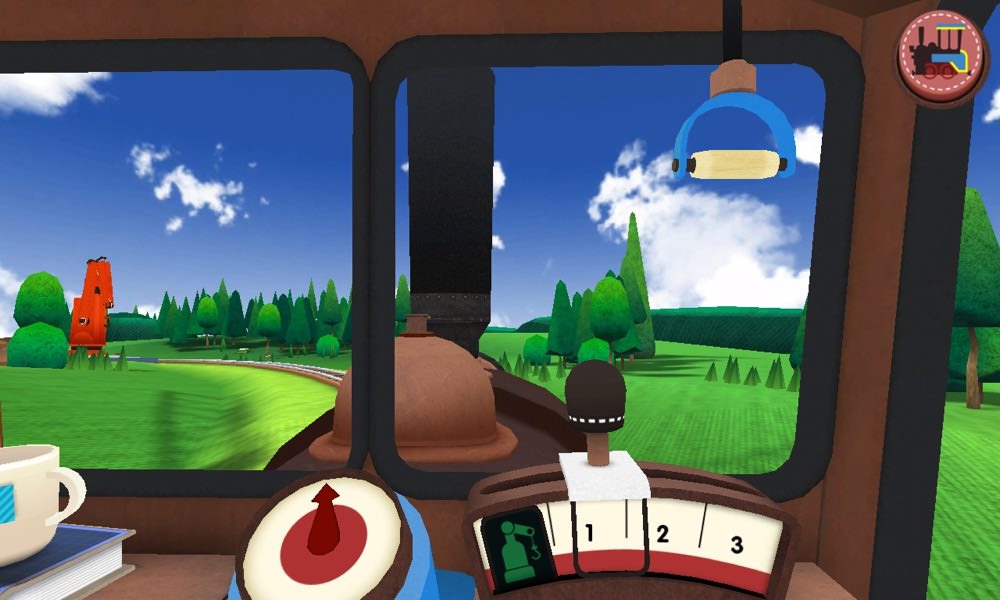 There are two 'cameras' with which to view the world - here from the train cab. In addition to changing the speed and blowing the whistle(!), you can swipe around to look left and right, slurp coffee, and so on.... 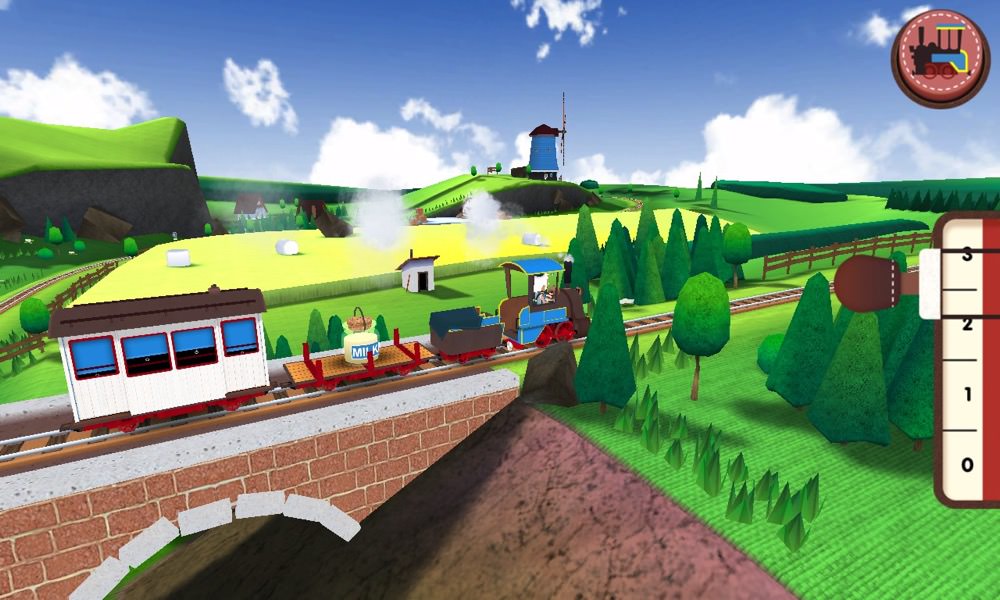 ...and here from a TV-style camera, which you can pan around the train and view it from any angle in this real-time-rendered world, where the sun's always shining, the sky blue and the grass green....! 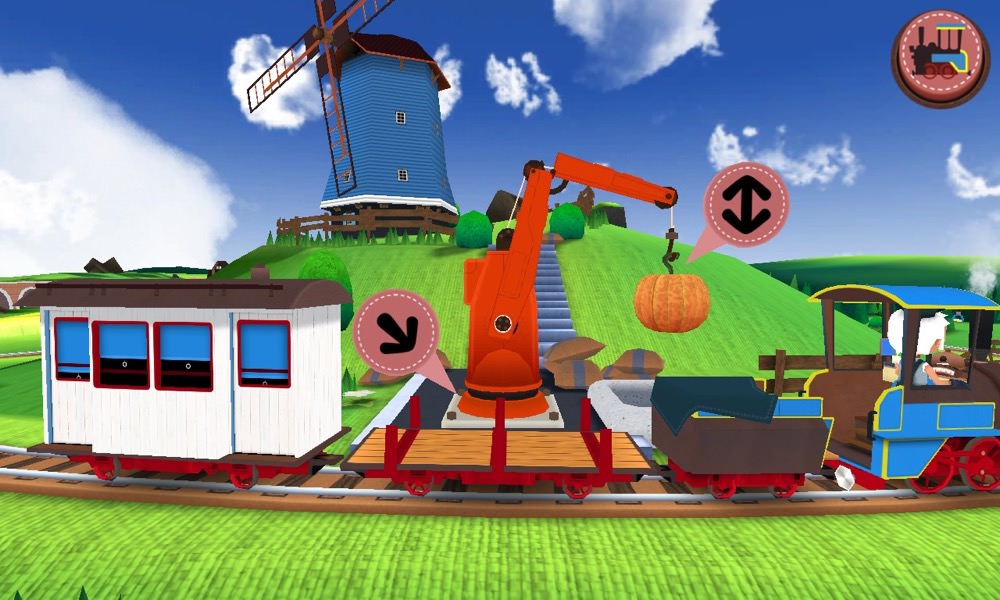 Activities at stations (the stopping is automatic, once you've pressed an action button in the cab) include loading and unloading goods and passengers. It's all open ended and you can allow on or off whatever you like - tappable hotspots are obvious for the child to tap on and experiment with. 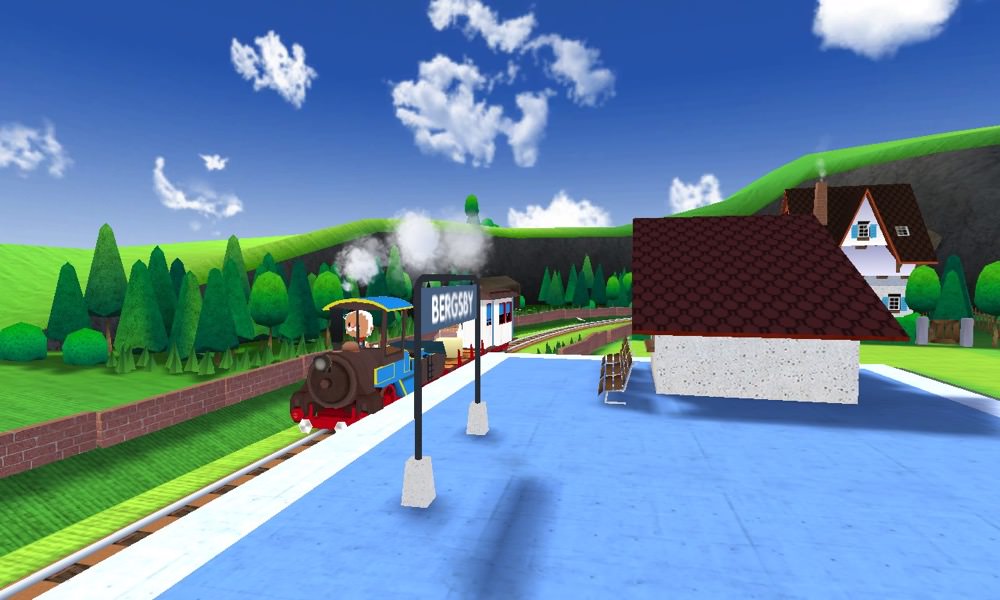 Arriving at a new station, time to disembark a few passengers, I think! Sound effects, from the engine to the whistle, to passenger unintelligible chit-chat, to music, all help add atmosphere.

You can buy Toca Train here, for 79p in the UK, newly reduced from £1.99, so well worth snapping up. My only criticism would be that it's still far too easy for young kids to get dumped out of the game by straying onto the Windows control keys - which means that you'll need to set this up in Kids Corner, one of Windows Phone's best-kept secrets. A little more work for you, but it'll be worth it on long car journeys and waiting in line!