Mini-review: Perfect Music is a visual hit but hampered by the platform

It's a brave developer which tackles a music player on Windows Phone - as we'll see. Perfect Music stakes its claim around an unusual - and stylish - interface, but it's ultimately crippled by the background limitations of Windows Phone itself. As caveats go, not keeping the tunes playing properly is a pretty big one...

Let's give Perfect Music a spin - quite literally! 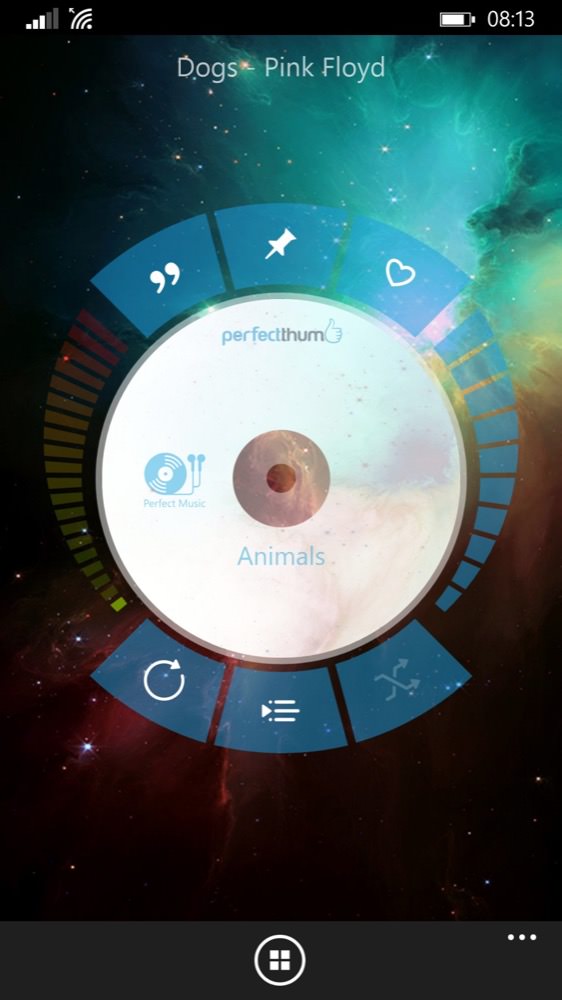 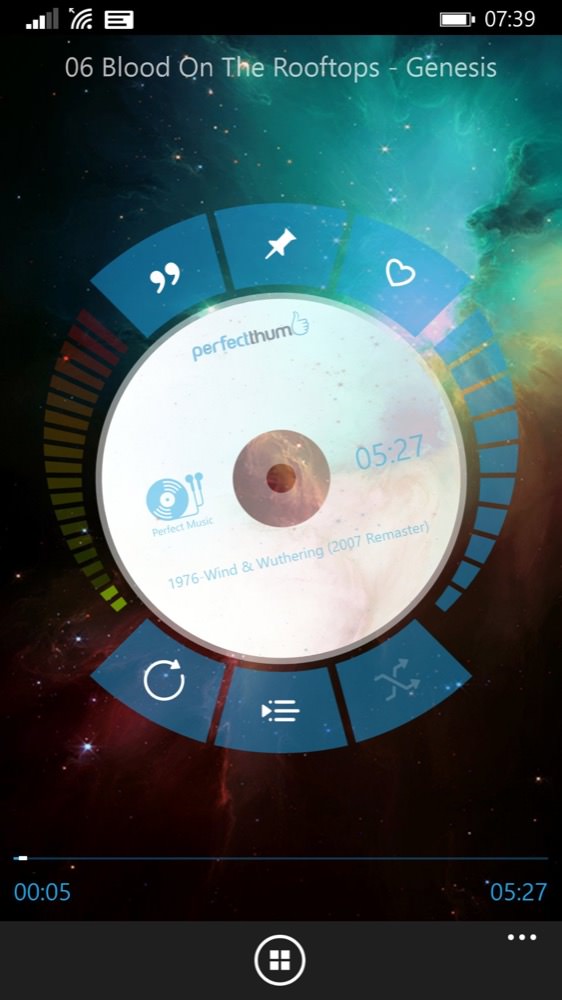 As music plays, the album title spins in the same way as an old 33rpm LP (i.e. vinyl) record would - anyone remember those? It's a very attractive look and cool, though ultimately a bit of a gimmick, of course. If album art is present, it's overlaid on top of part of the central circle. 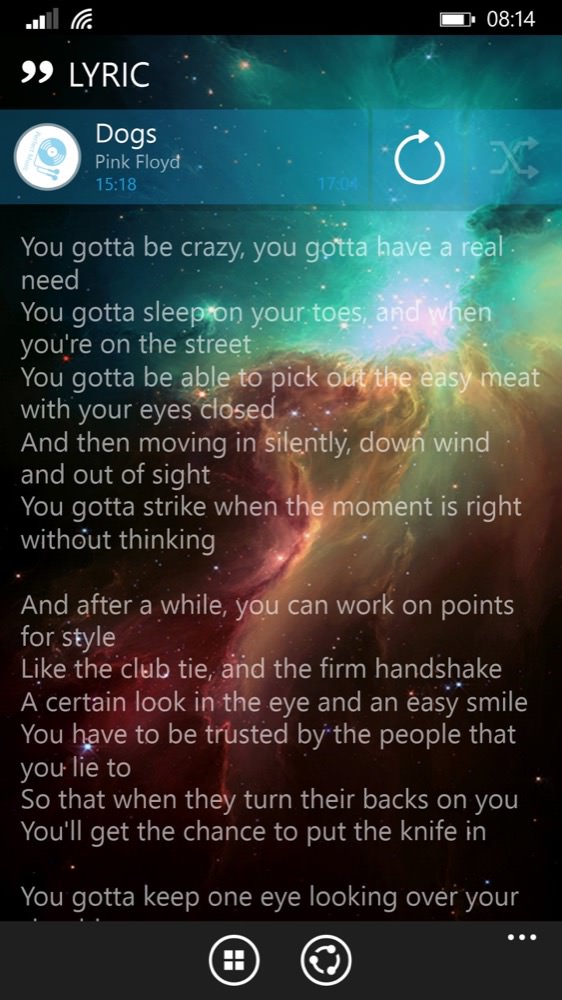 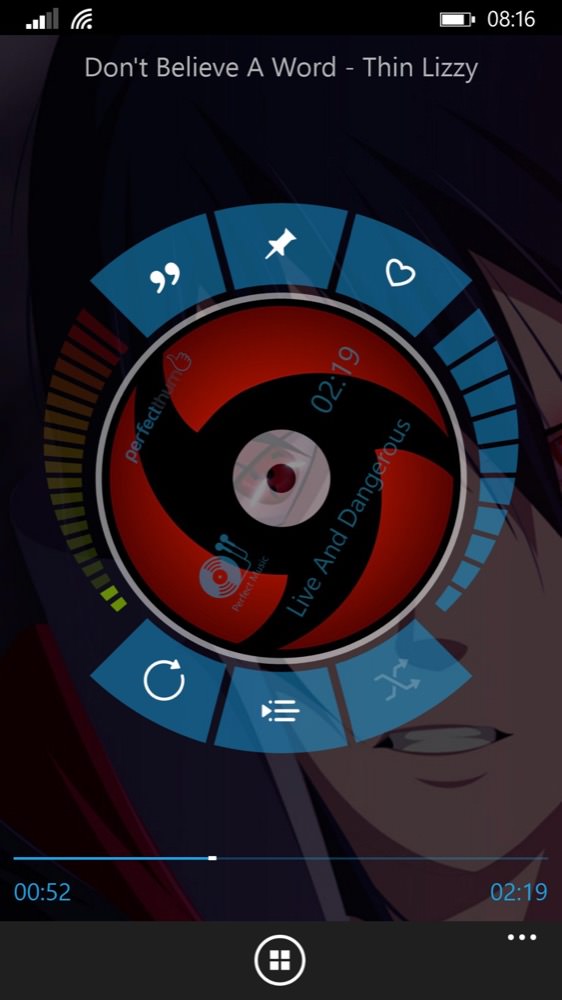 One of the main controls goes off to look for lyrics on the Internet - usually successfully, as here! (right) other controls are for pinning a song to your Start screen, adding it as a favourite, setting 'Repeat' on, picking songs for the current playlist and turning 'Shuffle' on. 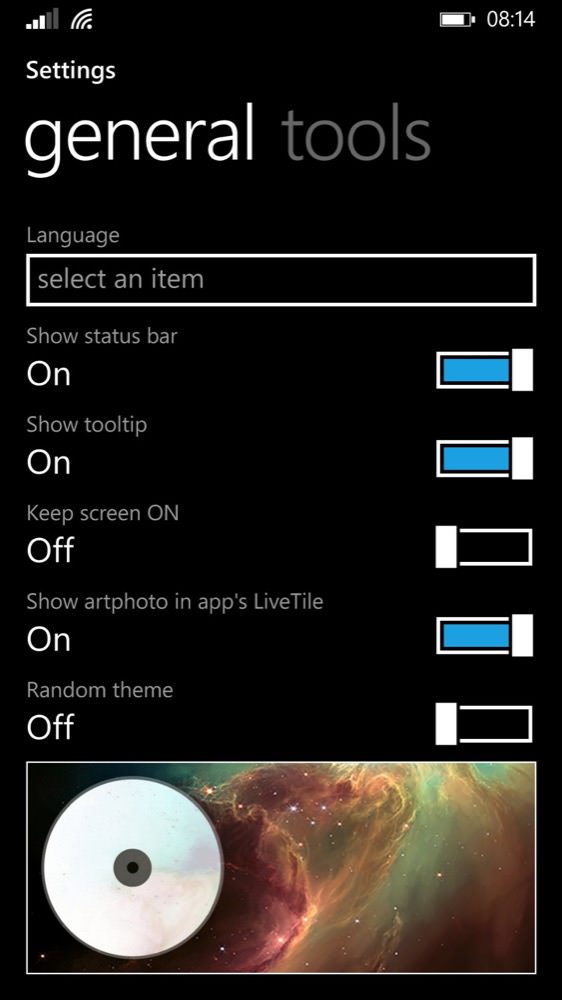 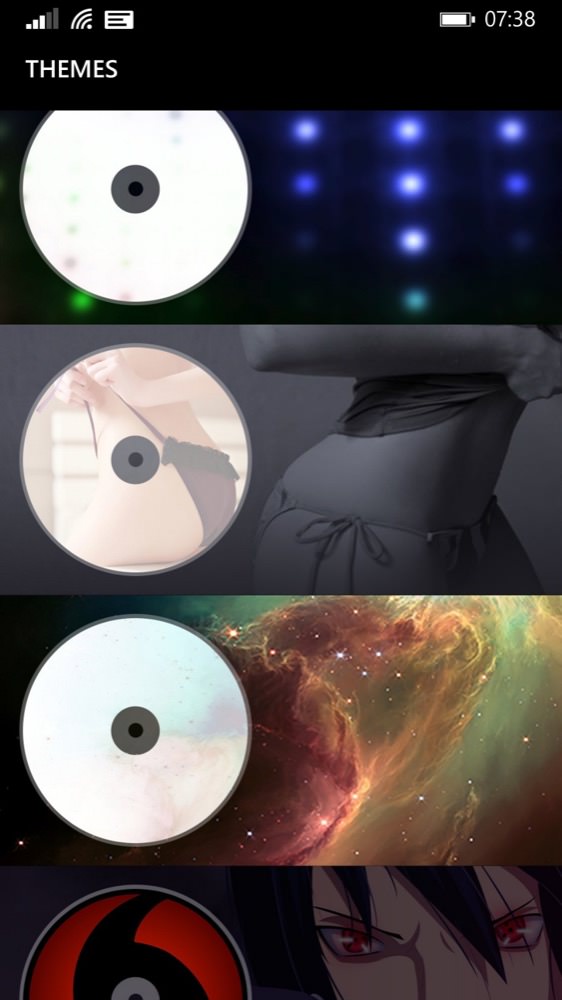 The settings are comprehensive, including a selection of predetermined themes, plus you can set your own image instead of the ones supplied - themes apply to the background (with a control adjusting how much translucency is applied) and (weaker) the central playing disc... 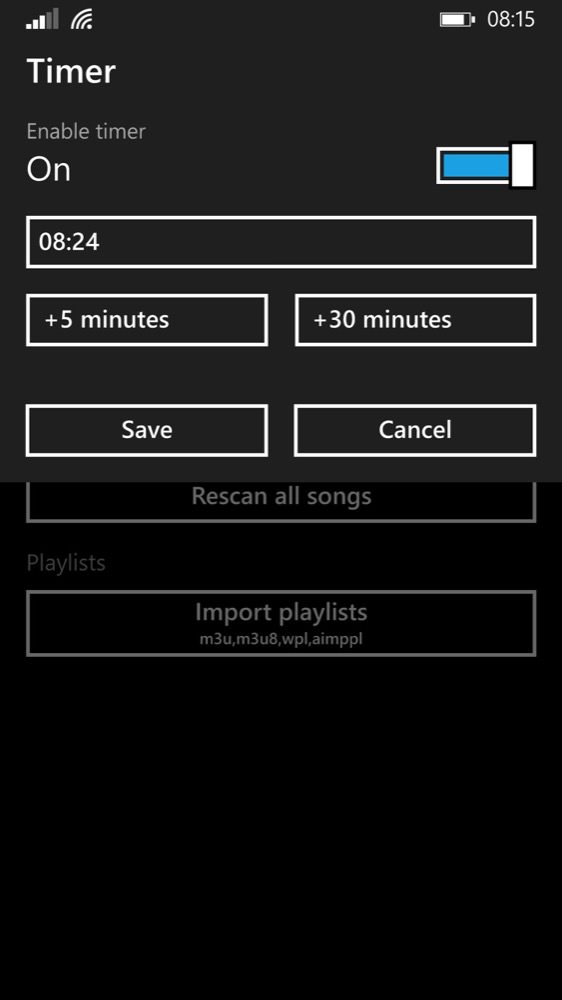 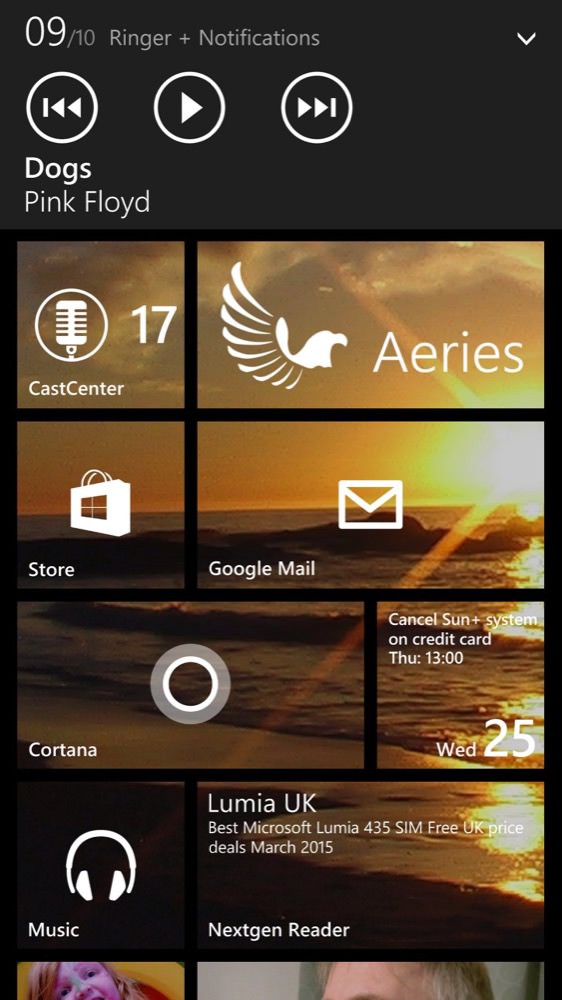 A sleep timer is a nice touch and works as advertised; (right) what doesn't work as advertised (see below) is carrying on playing music while you do other stuff on your phone...

Now, Perfect Music does its business well while in the foreground on your phone, or returned to often to restock the system's audio queue, but I found that it often lost its way if I started doing much else on the phone. Half a dozen apps later, playback wouldn't resume properly from the pop-up player (above right) and I had to use the Perfect Music tile/shortcut to bring back the UI and then the track was shown back at the start. In addition, if I left music playing but didn't go back to the app, random songs started playing after a while, i.e. before the end of the current album.

These issues are possiby something the developer can do something about, possibly not. There have been a number of updates in the last month, so this is something that's still being worked on. How far can the developer take the idea before hitting Windows Phone's built-in background buffers? Ideally he'd code a proper background agent that would handle playlists. Worth watching anyway, I'll report on any big update.

You can grab Perfect Music here.

Filed: Home > Flow > Mini-review: Perfect Music is a visual hit but hampered by the platform