Made slightly confusing by having a beta and official release track, the Windows Phone Audible application has made progress again, with the official variant getting an update in the last week or so, rolling in the changes from the last beta with the new ability to choose playback speed. A worthy update for audio book fans - why not grab one for your next long drive or train journey?

A quick look at the new Audible release in action: 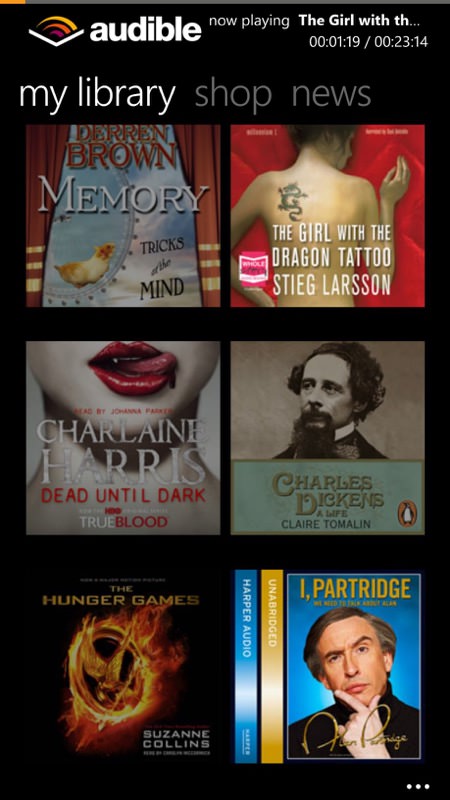 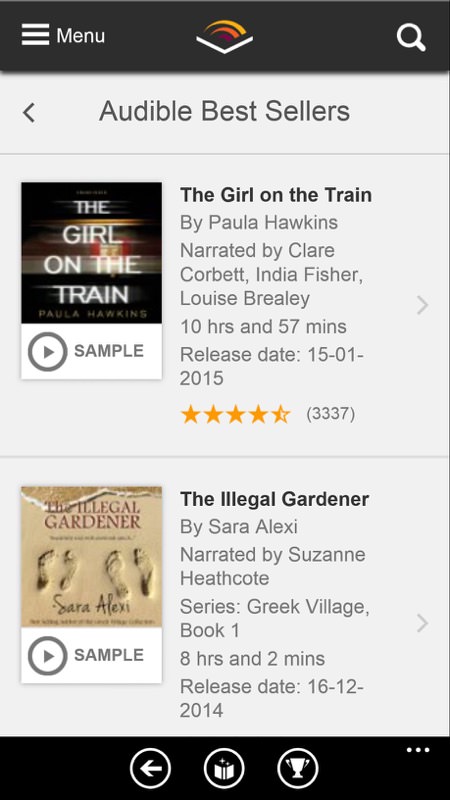 Browsing my Audible library, with titles not dimmed showing which ones have been downloaded to storage on the phone, etc. (right) Browsing the various lists and categories - books have short samples which can be played and enjoyed for free. 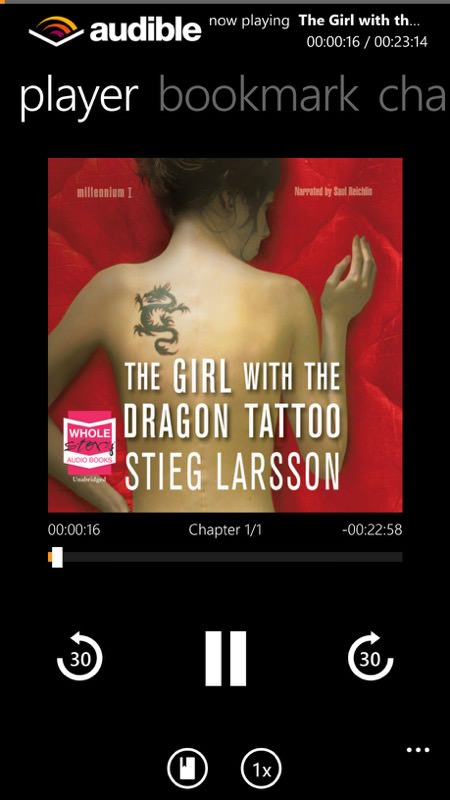 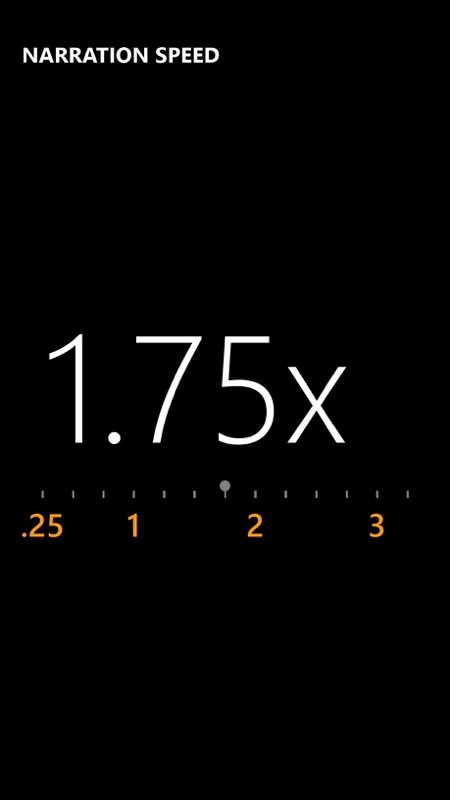 The playback window is clean and clear - note the new playback speed control, if you want to get through a book slightly faster (or slower!)

You can grab this for free here in the Store (please excuse the out of date stats on the page, Rafe is trying to fix a back-end problem. The QR code will work to install the app, importantly.)