As a fan of realistic racing games, this caught my eye, released yesterday. The Italian-developed Superbike 2015 (SBK15) is now in the Windows Phone Store as a commercial title at £2.29 (in the UK) and with no trial. It's a 200MB download, expanding to around 400MB installed, but the graphics and depth of simulation seem top notch. Interestingly, it seems as though the title is hitting Windows Phone before iOS and Android.

Race as the world’s elite riders in the official game of the 2015 eni FIM Superbike World Championship and get ready for adrenaline-fueled racing action! Featuring beautiful 3D graphics, SBK15 is the closest you can get to actually riding the most powerful bikes from the best motorcycle brands in the world.

SBK15 was developed in conjunction with Dorna WSBK Organization to ensure an accurate representation of the white-knuckle Superbike racing style and offer the most realistic motorcycle racing experience on mobile.

A few screens of the game in full flow, showing the texture-mapped 3D action, with multiple camera angles available, and variations in track, weather and light: 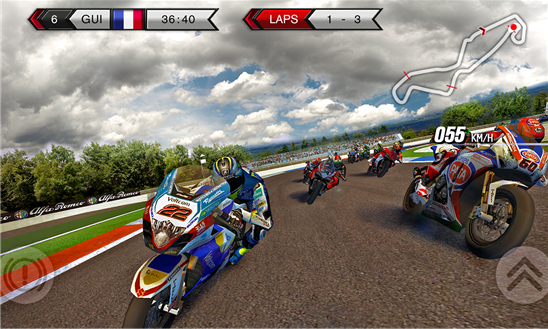 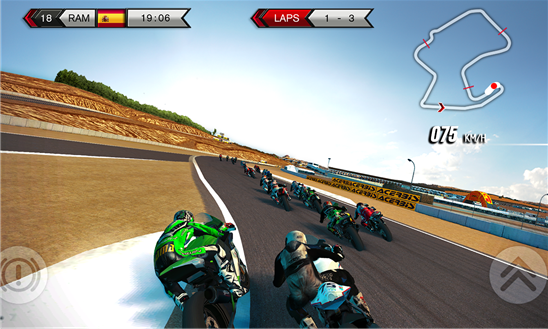 You can buy SBK15 in the Store here. We may revisit this game for a full review at some point in the future, perhaps over the summer when bike racing is in full swing!

PS. There's no video trailer up for the 2015 version of the game yet, but last year's will give you a good idea of the feel of the title: