HERE Maps data updates affect all, plenty new in Africa and for business

The HERE Maps team has announced a big data update for many countries - don't worry, the updates are incremental, you don't have to install whole countries all over again! In the UK, my England map involved a 100MB update for a 400MB country data set, for example.

Hit the menu and go to ‘Download maps’ to get the most accurate, freshest maps, wherever you’re located.

There are some countries and features that deserve a special mention, though.

The following countries now have much more detailed maps, and allow for navigation within our apps, and show a much fuller road network and land usage details:

We have also considerably improved the detail shown in Cape Verde, Democratic Republic of Congo, Ethiopia, Guinea-Bissau and the Seychelles.

These countries and those above are now also available for offline use as downloadable maps under ‘Africa’.

Public transit gets in line

We’ve been refining the depiction of public transit lines over the course of the last couple of map updates, to more closely reflect the geography of train, subway and tram lines on the ground, rather than simply drawing links between stations. This began last year with the map of Chicago, and expanded to a number of other countries in the last maps update.

Now this improved depiction is extended to more areas in the Americas, in Europe, Australia and New Zealand. And we anticipate that the improved data source we’re now using will have the added bonus of being easier and quicker to update in the future.

It’s not just people using our smartphone apps who benefit from these map updates, of course. Our Enterprise users also benefit with layers of data that aren’t visible in other apps. In this update, there’s a particular upgrade for logistics companies. We’ve made it possible for the truck attributes of roads to be seen in offline apps. (These are properties like weight or height restrictions, legal restrictions and hazardous material bans).

Going into HERE Maps on your Windows Phone, you'll be immediately prompted that there are data updates available: 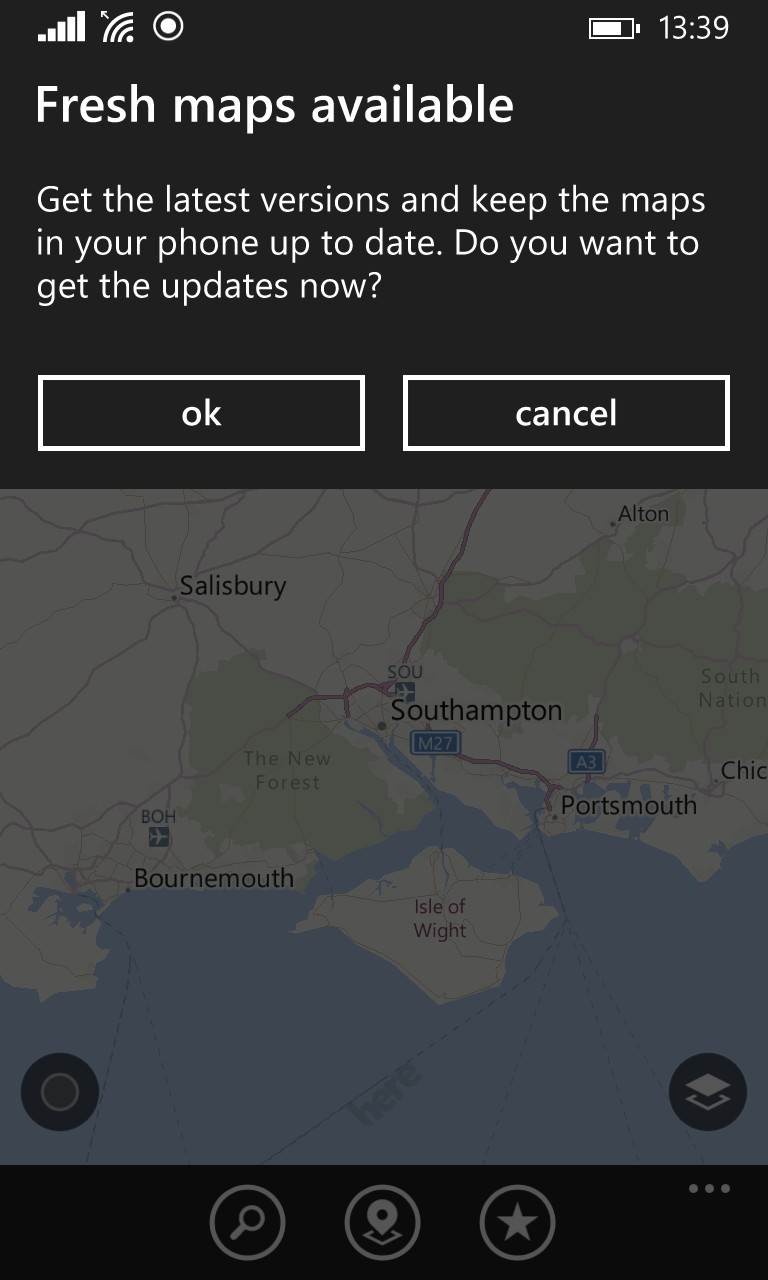 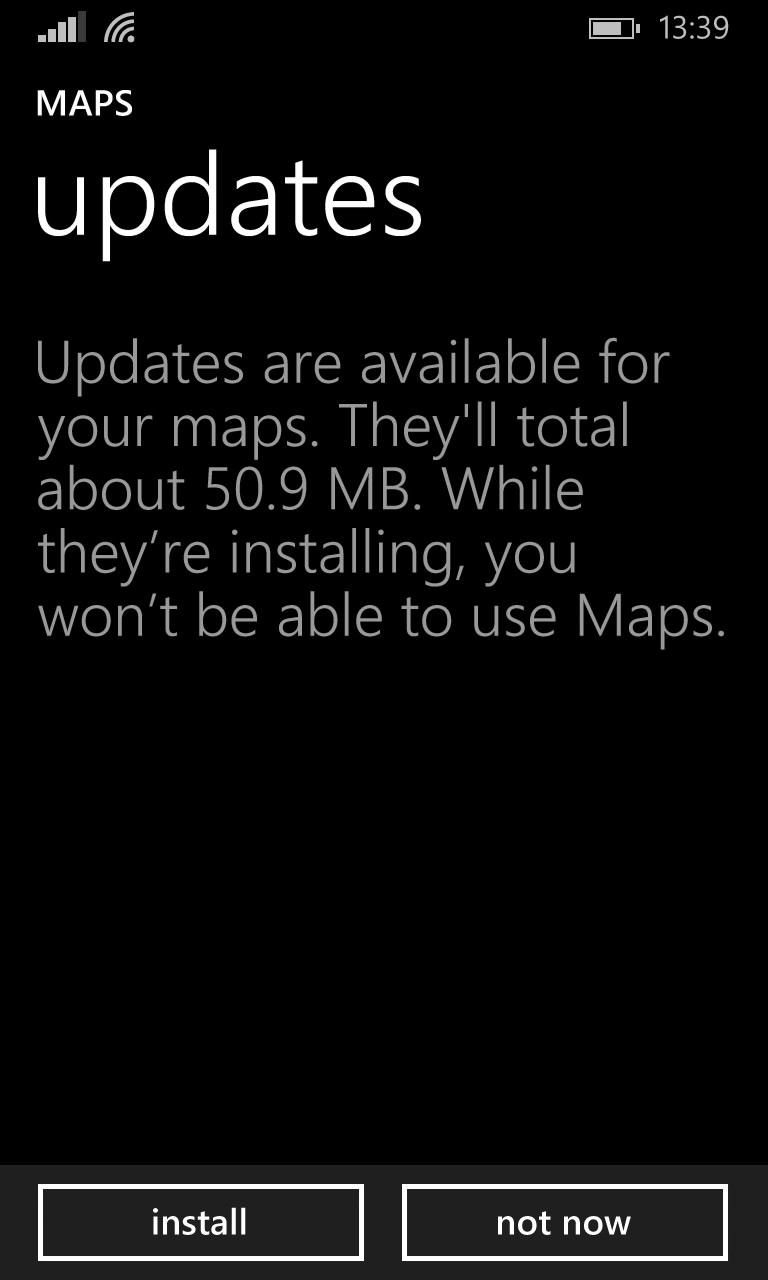 If not prompted, you can check your own phone by going again into HERE Maps and then tapping '...'/'download maps'/'update current maps', as usual.

Please note that you may need to restart HERE Maps in order to see the new changes. Note also that this update now applies to Android and iOS smartphones with the HERE Maps (beta) installed. A strange, new cross-platform world, eh?