With more and more people experimenting with Windows Insiders builds of Windows 10, the possibility that many of these might decide to revert back to 'stock' Windows Phone (for their particular device) is increasing. Meaning that Microsoft's official 'Recovery Tool', designed to wipe and flash the latest stock firmware, had had to become more bombproof. Today's update takes the tool to v2.1.1 and rolls in some important compatibility bug fixes. 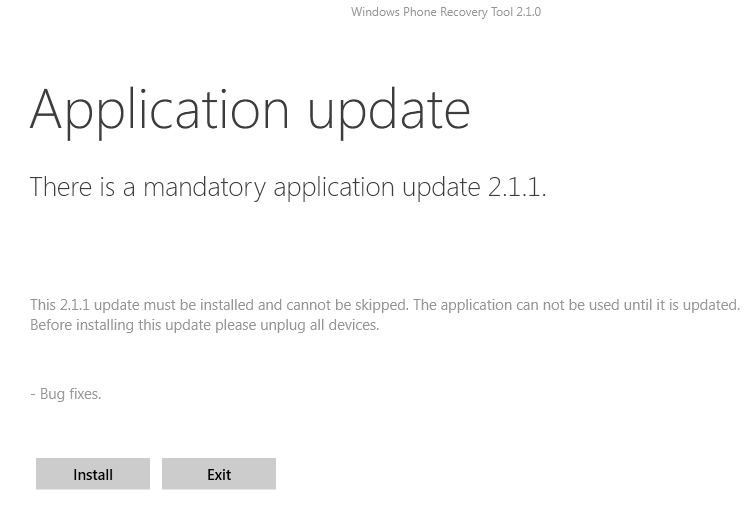 The changelog since the last time we featured the Recovery Tool here is listed as:

You can download and install the Windows Phone Recovery Tool here to recover your Lumia devices. I've used it several times now after trying Preview for Developers (for Windows 8.1 Update 1) and Windows Insiders (for Windows 10) and in each case the stock firmware was successfully replaced. Do note that any content on the device will be wiped though - so if you do go down this route then do any necessary data and PIM syncs and backups.