You may see the message 'To use this app, upgrade to Windows 10' plastered all over the new Microsoft (Web) Store pages from a while - and it's rather misleading, at least for mobile users. Browsing Windows Phone applications in Microsoft's Web-based Store was often a quick way to find something, and more reliable than searching the on-device Store. But the company has now switched over to a new style 'all in one' Web Store, for all form factors and Windows variants. While this is indeed the goal in the long term (i.e. one platform), it does send something of a confusing message to anyone browsing for applications or games for their existing Windows Phone 8.x device - and bear in mind that the Windows 10 Mobile upgrades are still a few months away.

Ah well, no pain, no gain, and we shouldn't underestimate the size of the platform integration being attempted in real time before our eyes. Here's how it all looks now: 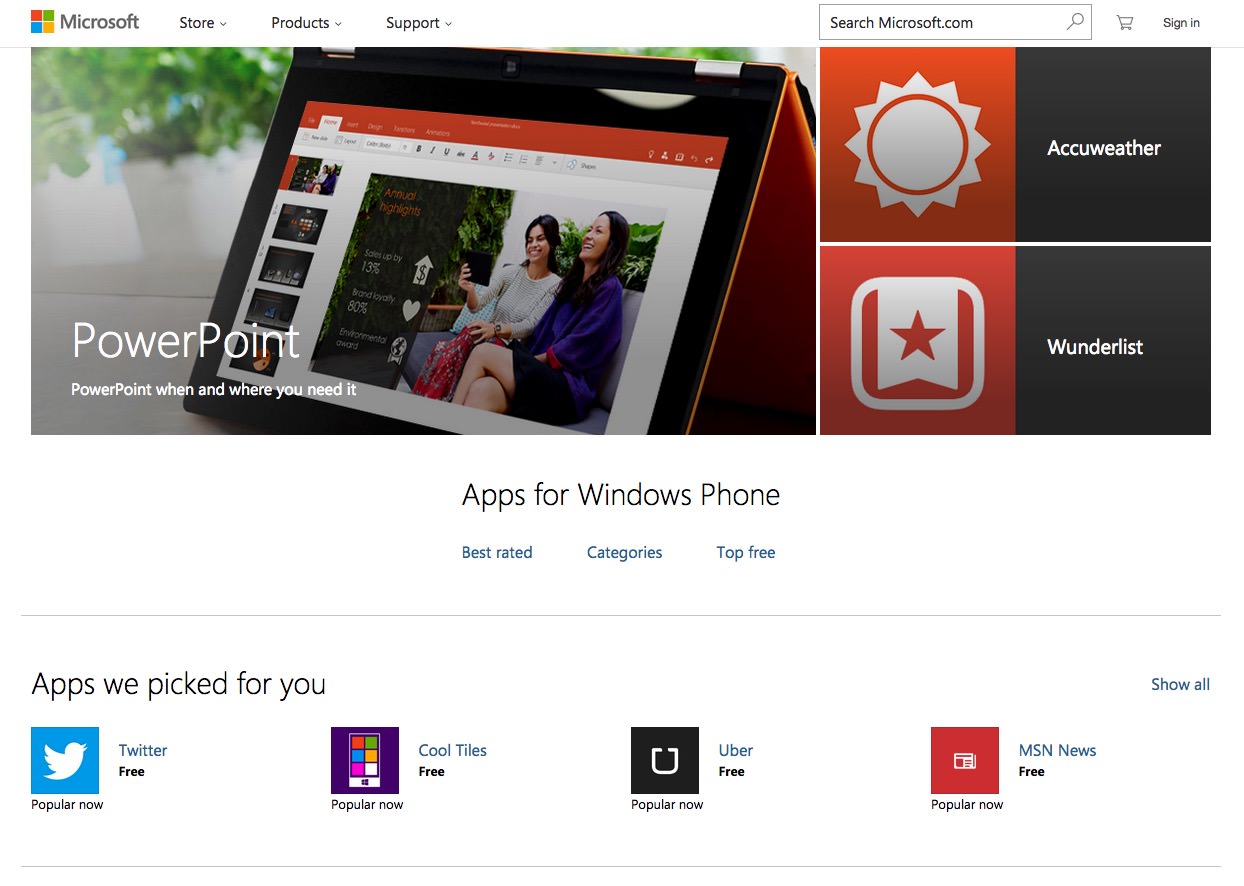 All very 'white', with masses of space between elements, principally because the same layout needs to also work on phones and tablets. Here's the same page, as seen in portrait mode in Microsoft Edge on my Windows 10 Mobile-running Lumia 1520: 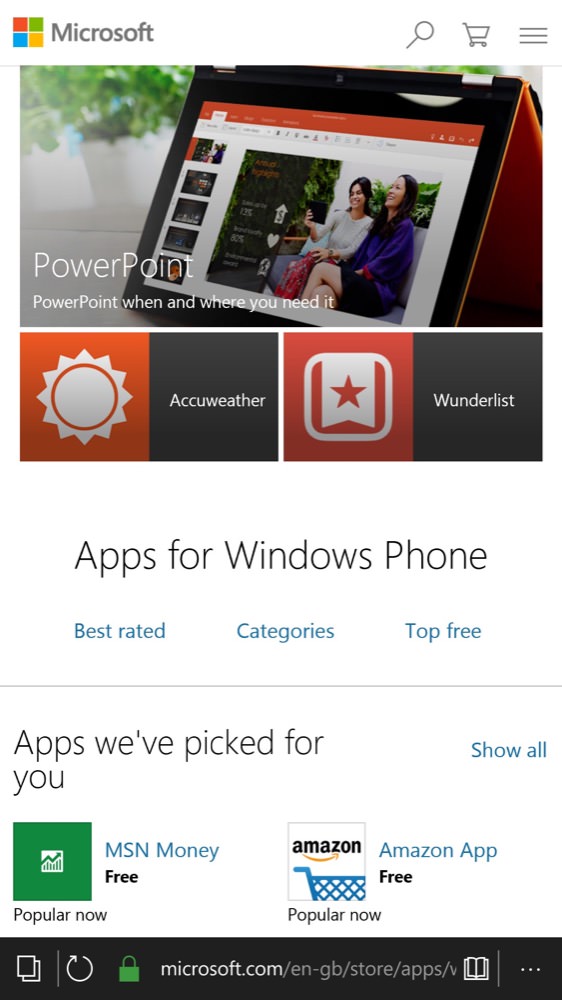 Interestingly, clicking through to a phone application's page in the Web Store brings up an extra, generic notice for anyone browsing on a desktop: 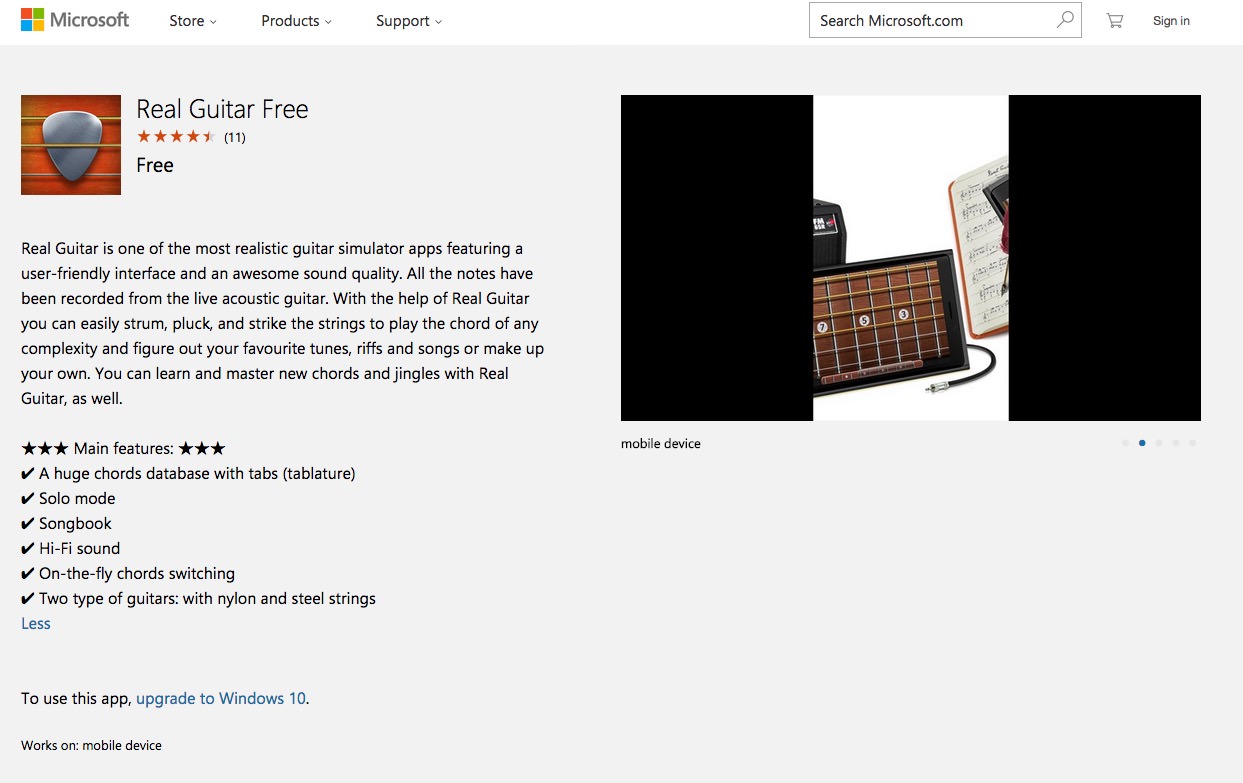 'To use this app, upgrade to Windows 10'. Which isn't very helpful to a Lumia 920 owner (say) looking for particular applications to try for their phone.

Still, it's another step along the way to a Store for which the same applications are available, on the whole, for desktop, tablet and phone. And all of this will make more sense when phone users are on the platform too. I'll continue to monitor how this looks on my Insiders Preview devices.

Of course, browsing the web site on a phone always links up properly to the right Store application for the Windows version in question, so the confusion is relatively minor.

I do wonder whether the sheer momentum behind Windows 10 now will accelerate the availability of the Mobile variant, though I suspect that the timing of the flagship launches (probably IFA in September) may be the time-critical factor.

PS. One 'feature' that doesn't exist in the new Web Store is being able to sign in and then 'Install' an application to your chosen phone (i.e. queue it up remotely). This may, of course, be added in later, though I have to confess to never using it. With multiple Windows Phone, most of which were called just that 'Windows Phone' in my listings, it became very hard to tell which was which!