Of the many things that are 'better' in Windows 10 Mobile (and a few that aren't, but that's a piece for another day), I have to raise a glass to the Microsoft Store team for fully exposing all the in-app-purchases for each item in the Store. For freemium games especially, and particularly so because the largest IAPs are listed first, this should help eliminate the crazy 'oops, my finger slipped' freemium levels in some titles. Definitely a step forward.

The problem, to spell it out, is that so-called freemium applications and (mainly) games can be downloaded 'for free' but quickly require purchases made within the title in order to unlock functions or to acquire items (e.g. in a game). Now, I'm all for developers making money - it encourages them to continue, but typical costs for mobile applications away from the freemium genre are £1 to about £5 (as a rule). This band seems sensible and is most often used, so when I see freemium in-app-purchases (IAPs) also well within this range then I'm happy that the needs of both developer and consumer are being met. However, this isn't always the case.

In the worst cases, the IAPs start small but quickly escalate - there's rarely a compulsion in terms of gameplay to buy the largest IAPs, so it's not the game structure that's at fault. The largest, stupidly priced IAPs are only there as a 'con' to trap the unwary. Perhaps a kid who's spotted and memorised (it happens all too often) their parent's Store PIN code or perhaps an adult who's playing when mobile and simply taps on the wrong purchase. Either way, the developer makes a LOT of money and the end user pays an amount out of all proportion to the rest of the game or application. There is, quite literally, no reason on Earth for these crazy priced IAPs to exist. 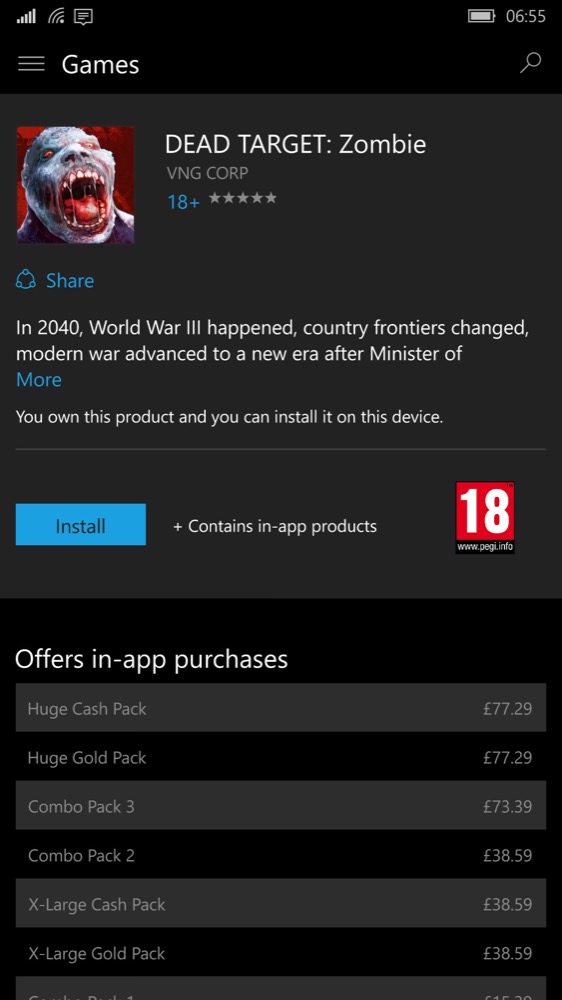 Up until now, with Windows Phone 8.1 (and on other mobile platforms), you don't get to find out the extent of the IAPs in an app or game until it's already installed, but I wanted to highlight that, under Windows 10 Mobile, you get to see every single IAP in the Store client itself, laid out in reverse price order so that you don't miss the worst offenders. In the screenshot below, who'd have thought that Microsoft's own Fresh Paint application would have a £80 IAP?? 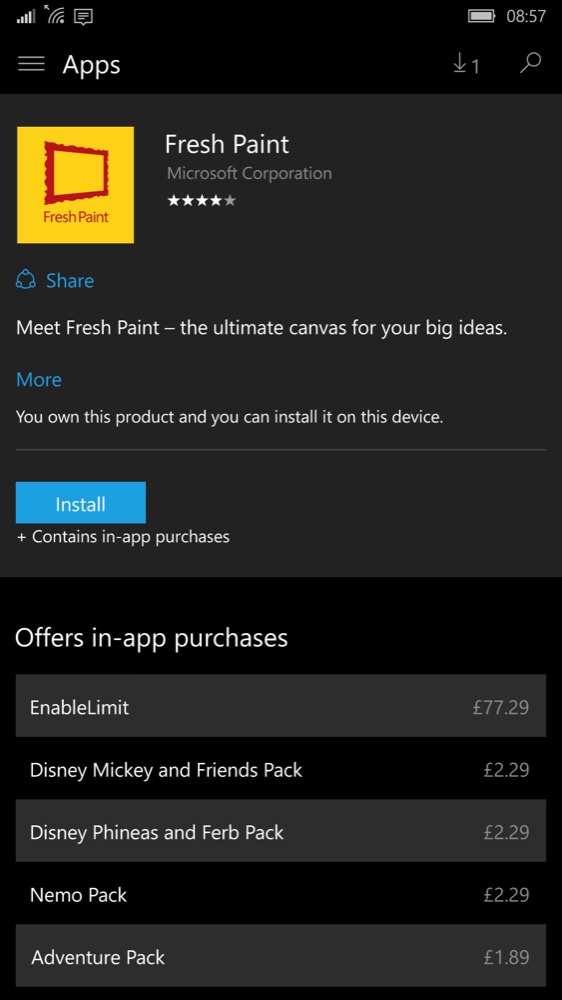 My hope is that developers will note this new revealing of their 'trick' and will scale back on stupidly-priced IAPs. After all, who's going to carry on downloading a title in the first place once they see the prices above? For example, Subway Surfers sounds like a well balanced title but then you see the IAP scale: 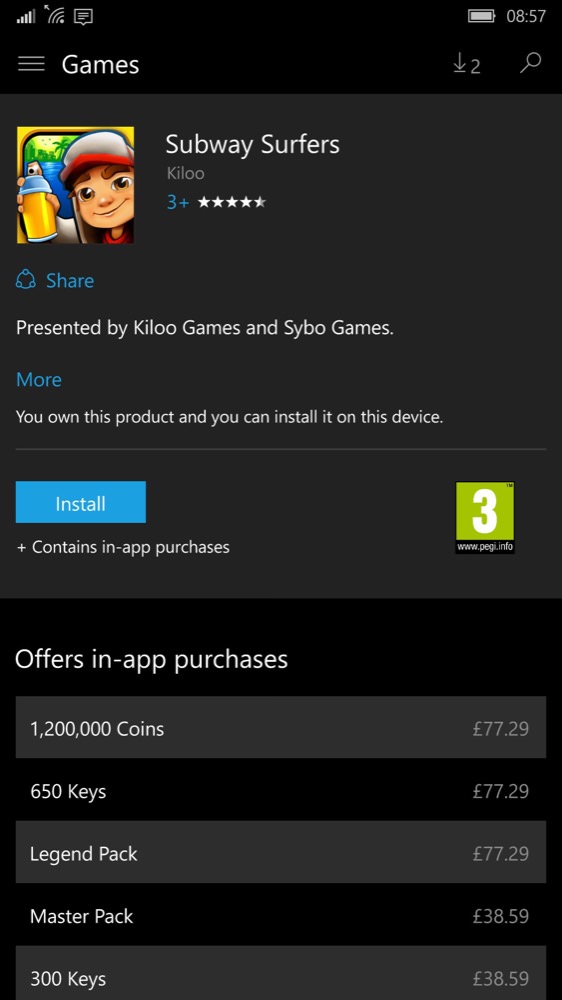 PS. Mind you, other vital information (e.g. version number and last updated date) is missing from the current W10M Store - hopefully this will make their way back before all this gets made official!