The Guardian arrives as free universal beta for Windows 10 (Mobile)

The Guardian's new universal Windows 10 application is cleverer than it looks, bringing limited pre-caching of content so that typical mobile use (in and out of cell coverage) shouldn't result in many broken or missing stories - but it's still in 'beta' and is demonstrably not perfect yet. Still, credit where credit's due - given some tweaking of the caching algorithms, the odd progress bar here and there, plus the faster processors in 2016's handsets, The Guardian might just become a favourite way to consumer news and lifestyle stories each morning on a public transport commute.

Welcome to the beta of the Guardian: your chance to preview our new Windows 10 app. Get the whole picture the whole time.

With a few caveats over speed, the endeavour does work pretty well too, here it is in action: 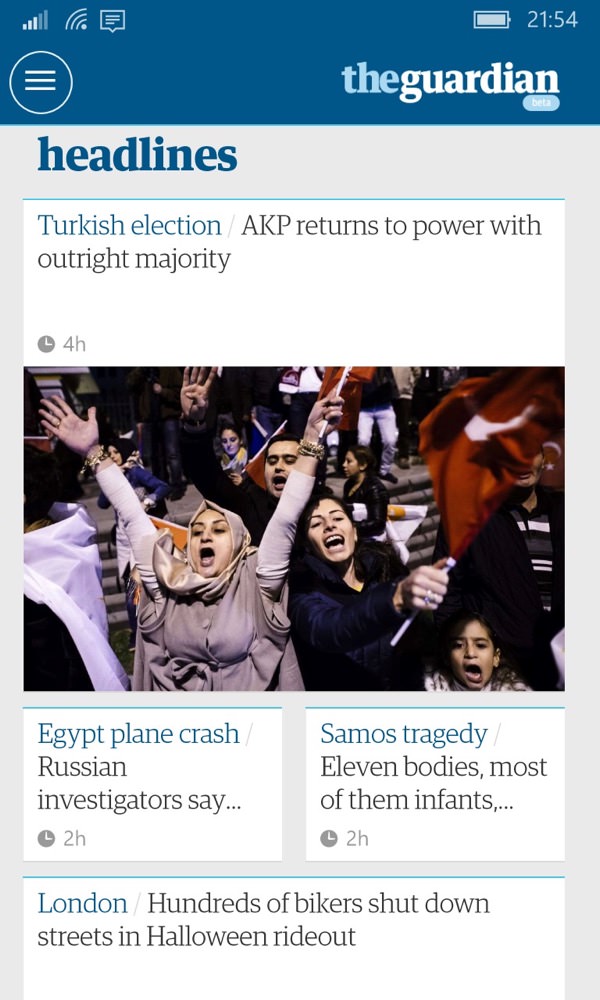 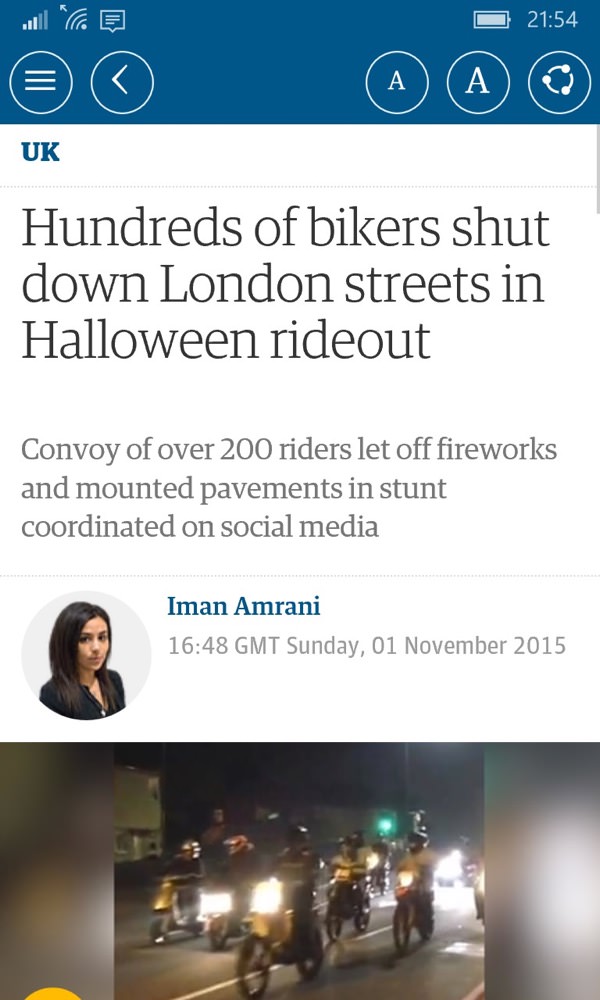 The layout is unashamedly 'boxy', with the idea that headlines can be re-laid out on a larger tablet or desktop display; within a story, layout is more freeform, of course. The on-screen back control can be used or you can use the phone's integral back control... 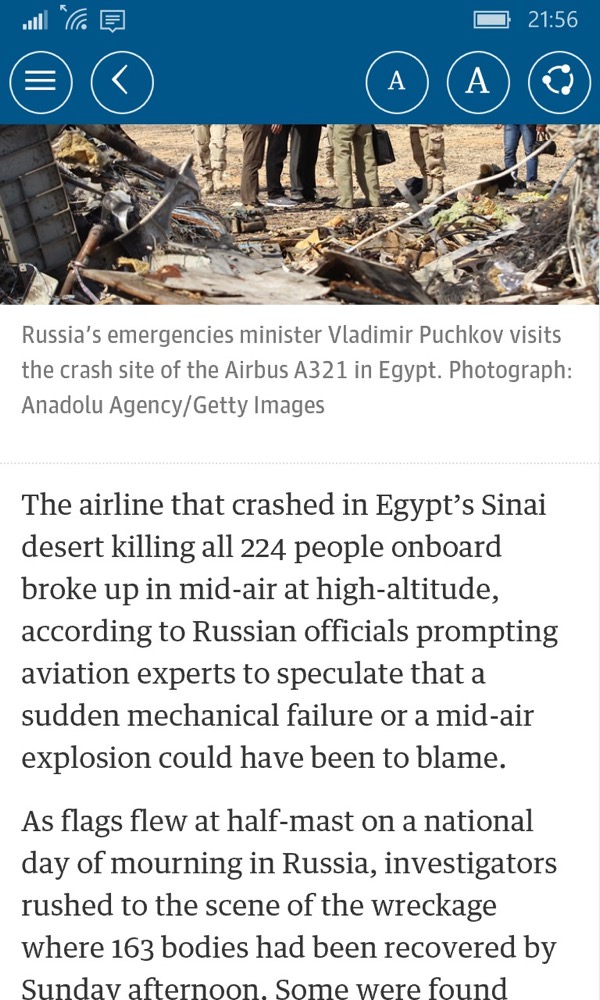 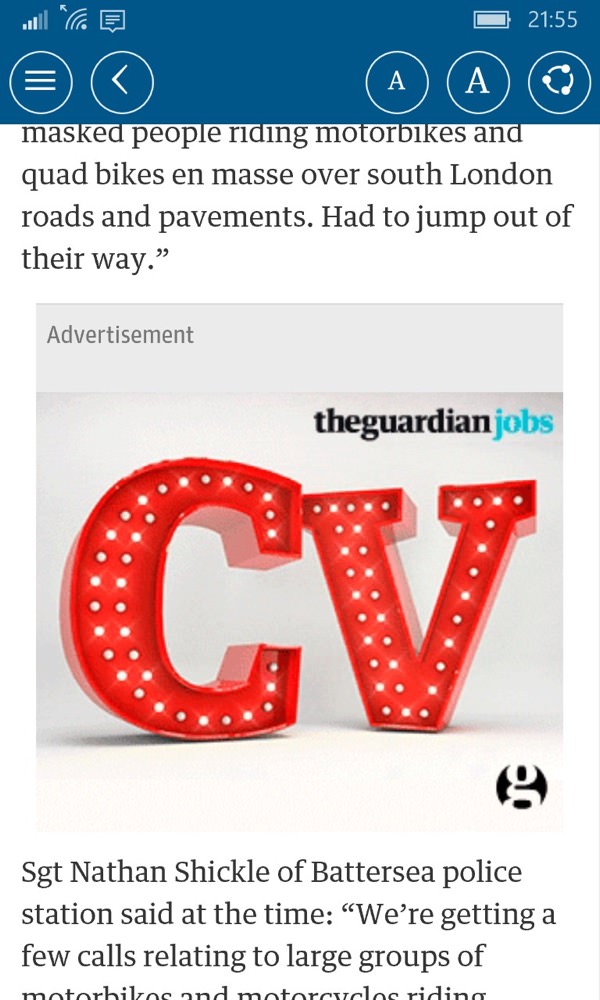 Within a story, hyperlinks work, either to other stories or out via Microsoft Edge to the wider web, while text controls give quick access to larger or smaller rendering fonts, with nine different point sizes to choose from, impressively; (right) Advert panels presumably monetise the application, though most are first party placeholders so far, this being in beta. 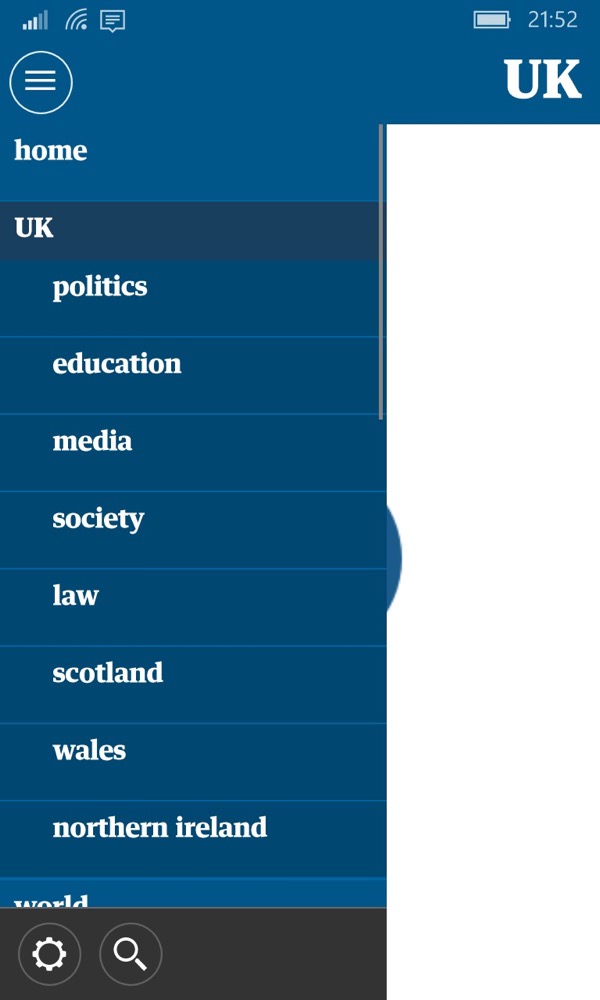 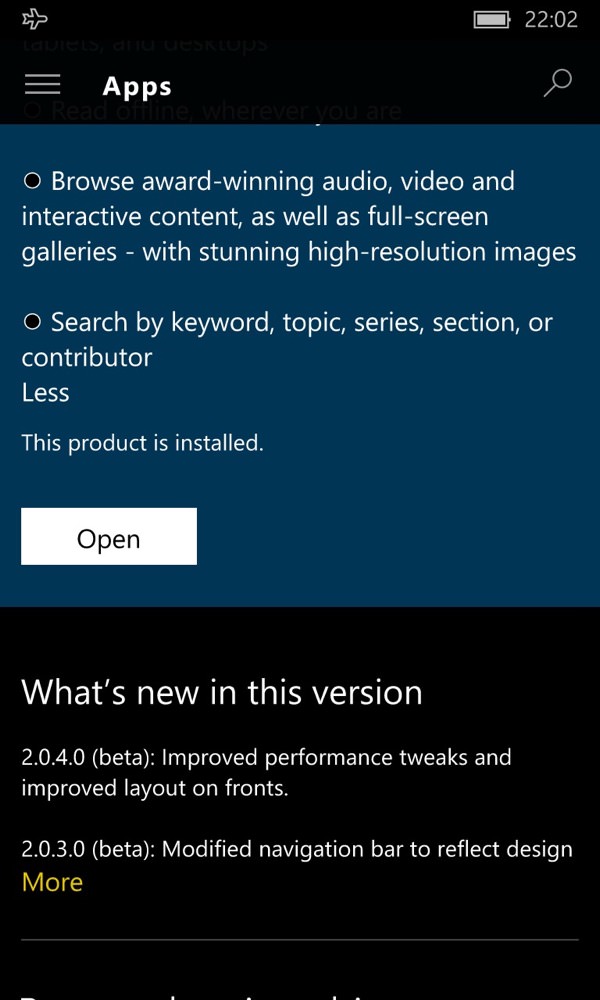 The hamburger menu lets you pick between editions and sections in an intuitive though rather slow fashion. A lot depends on how fast content is coming in behind the menu. You can just see the default loading screen behind the menu here. See the speed comments below; (right) and when it all goes pearshaped, you're dumped back to where you came from - in this case the Store, detailing the latest beta improvements.

Currently, the Guardian application is quite slow, with up to five seconds while a story loads and up to 20 seconds while a new section loads. In fairness, the former is comparable to loading the same content up via the general Web and HTML, while the latter is because there's pre-caching going on, loading up links and stories ahead of time, in case your connection drops temporarily. The idea of a newspaper application which loads up the whole of today's 'edition' for offline perusal is an old one and this isn't quite that - there are no progress bars here for downloads and The Guardian tries to show that everything's live and online, even if it's doing its best in the background to help you traverse breaks in data coverage.

There's some way to go in terms of speed and stability, but let's cut the Guardian development team some slack - they still have a month or two before the smartphone mainstream are even compatible with this Windows 10 Mobile 'universal' application.

You can grab this for free if you're running Windows 10 Mobile. Comments welcome - I haven't tried it on a laptop or similar, by the way, this is purely a look at the app on phones.