Facebook has been a staple on Windows Phone for years, with full integration into People on the platform and with a relatively fast and fluid client. Yet its origins in a world of WVGA led to a design that looked out of place on the higher resolution screens of today, which is why a rewrite that works much better on larger hardware was needed. The existing client for WP and W10M is v8.3.7.0, but the new beta of Facebook v10, after a number of false starts, now seems to be widely available and heading for official status, probably within the month.

If you have a device with a 1080p screen (e.g. Lumia 930 or 1520) then the difference is huge in terms of how the screen is used and the size of fonts and controls. Devices with a 720p or 768p screen, i.e. the majority, won't see such drama, but menus and functions still look cleaner, plus you're getting to play with the next generation of the client. And, if it crashes, get to help the programmers work out what went wrong with an auto-sent email report.

Keeping up with friends is faster than ever. See what friends are up to, share updates, photos and videos, and get notified when friends like and comment on your posts. See what’s new with your Facebook friends from inside the People app, and sync Facebook events to the Calendar app.

Thanks for being a part of our beta and helping to make Facebook even better on Windows Phone. Help us build a better app by sending feedback via Settings > Feedback in the app.

Here's the new app in action: 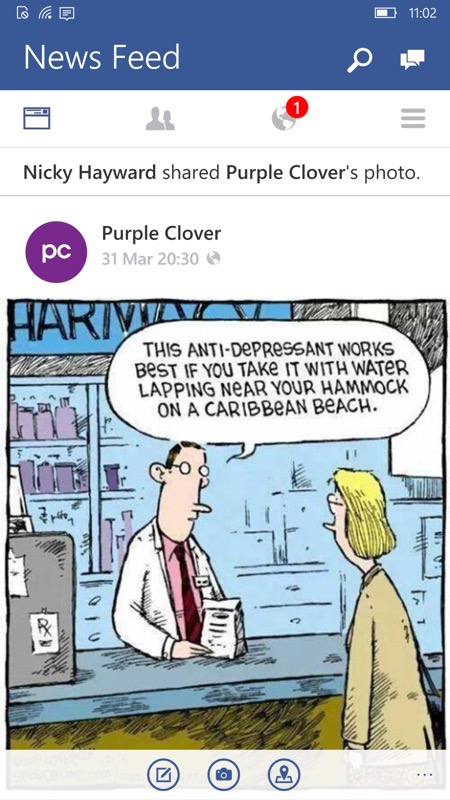 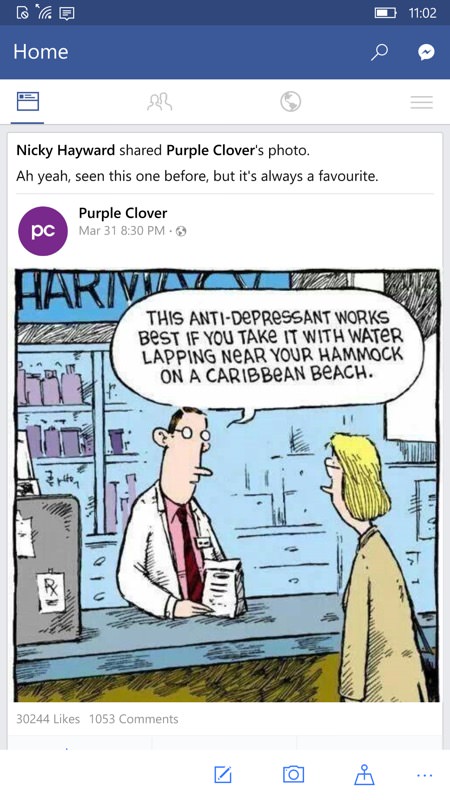 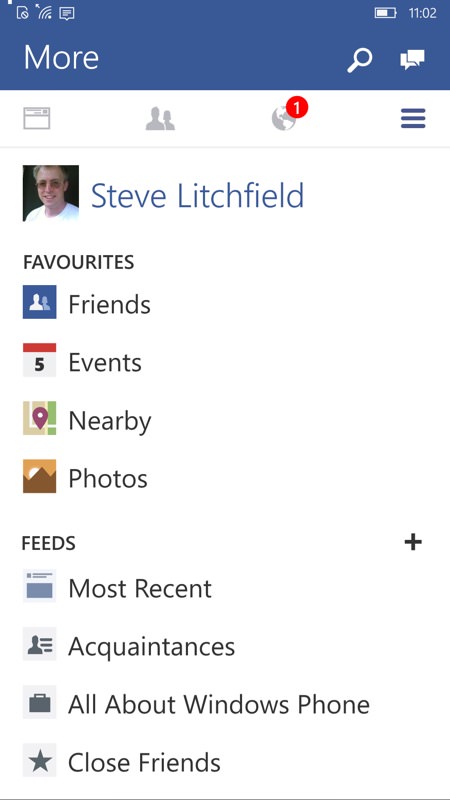 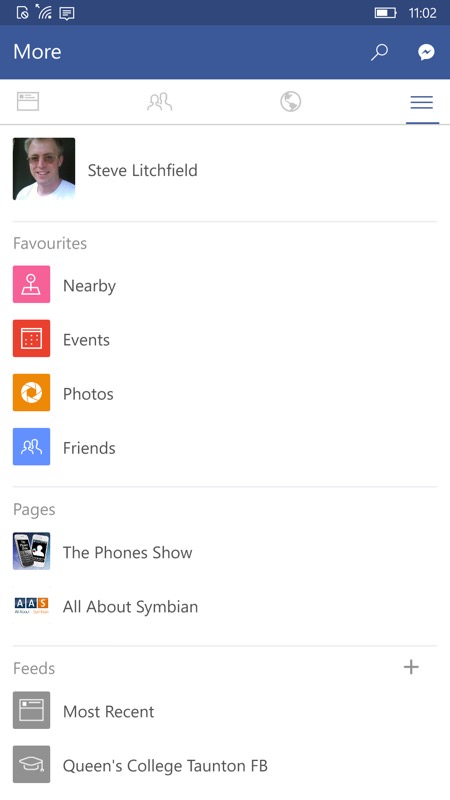 Old vs New again: the main hamburger menu (though why it's top right and not top left has more to do with Facebook conventions than Windows/mobile). New icons and fonts again - it's not obvious that there's that much more content from these screenshots, but it certainly feels like it in daily use.

The plan then is for this v10 beta to get tweaked and released as an update for the official Facebook client. I'm guessing that this will be around the time of the Lumia 950 and 950 XL availability, though this works equally well on Windows Phone 8.1 and in any case you can enjoy it all now, in advance.