World of Tanks Blitz arrives for Windows 10 Mobile, up to 7GB needed though!

I love graphically detailed, ambitious games as much as the next mobile gamer, but up to 7GB (installed) is taking the biscuit just a little. Mind you, any Windows 10 phones right now, outside the Insiders Programme, will have microSD support so, if your bandwidth can stand it, then why not? It's a freemium multi-player, multi-platform tank combat game - I haven't played it, but the link and promo video are below...

A few screens from the Store entry: 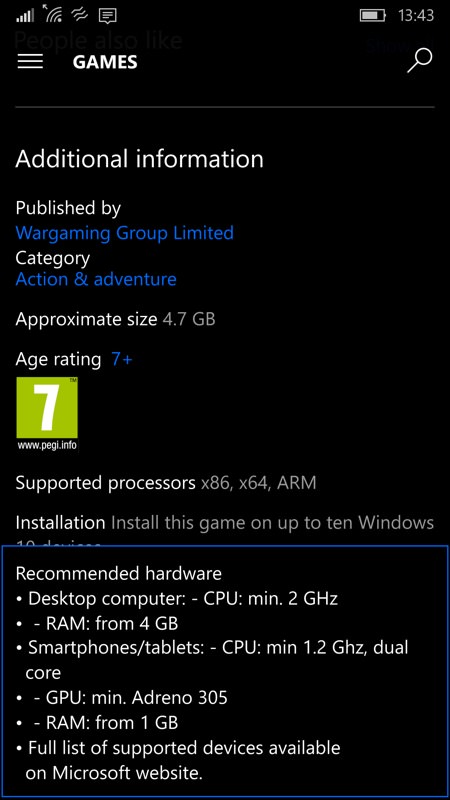 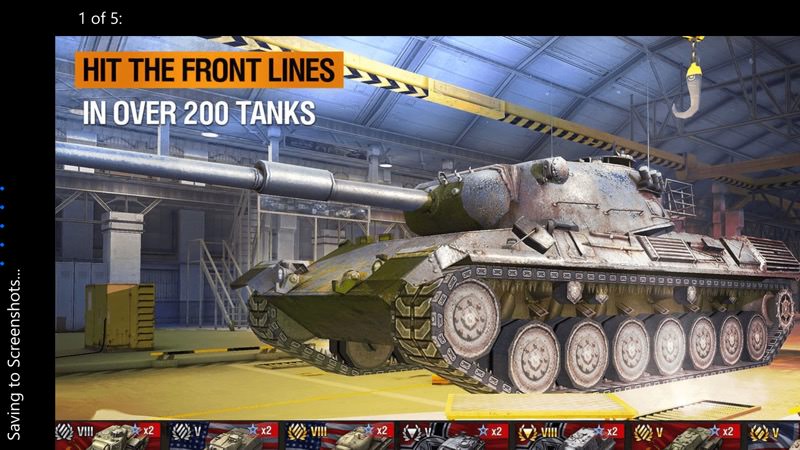 Not mentioned in the requirements is that this is Windows 10 Mobile only. And, as I say, for devices with a big microSD card only. And make sure that your apps installations are set to 'SD card' before starting with World of Tanks!

You can grab this freemium epic (over wi-fi, hopefully!) here in the Store. If you try this, any comments on install/loading times and gameplay? It says that it runs on devices with 1GB of RAM, but it'll get thrown out of memory every time you do anything else, so.... I'd suggest this is perhaps for the Lumia 930 upwards.

Filed: Home > Flow > World of Tanks Blitz arrives for Windows 10 Mobile, up to 7GB needed though!