The second firmware update for Lumia 950 and 950 XL devices, 01078.00038.16025.390xx, is now available in most markets, it will appear in the usual 'Settings/Update & Security/Phone update' for production devices. Note that if you've put your smartphone onto the Insiders programme for Windows 10 Mobile then you need to pop into the Windows Insider application and change your status to 'Production' in order to pick up this update. Once installed, it's safe to change your device's status back to 'Release Preview ring' (or whatever).

The availability of this update may depend on your phone model, region or network service provider. At the time of writing this post, the update is available mainly for selected open market variants, but the rollouts should continue gradually during the coming days and weeks.

Here's the update available on my editorial Lumia 950: 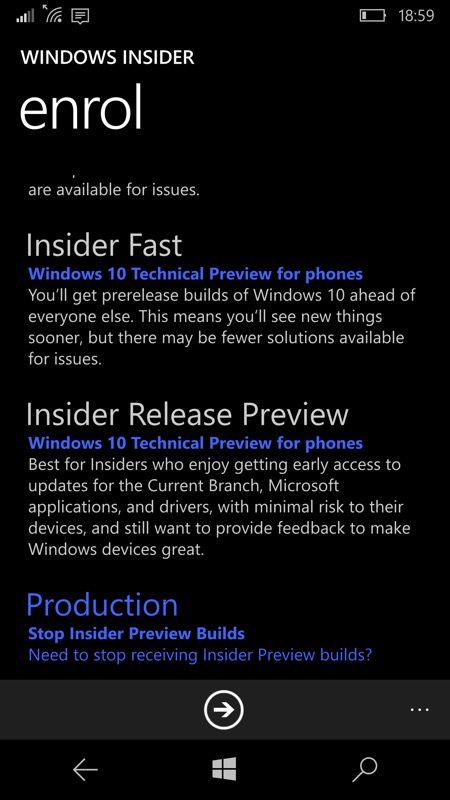 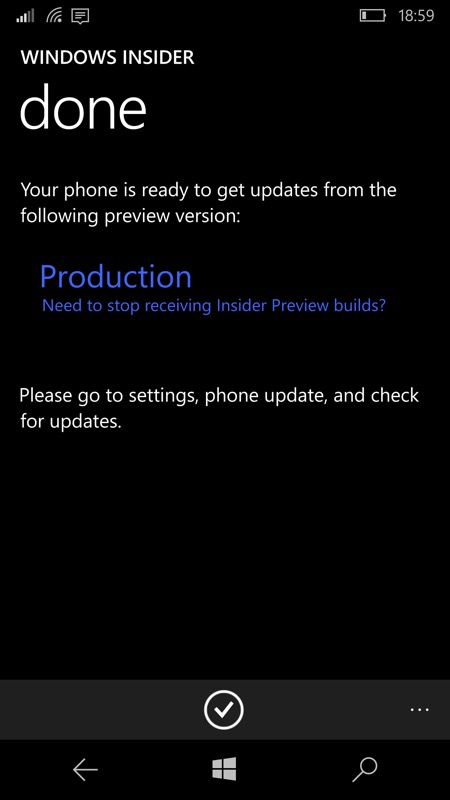 My 950 was on the recommended Release Preview ring, so I had to select 'Production'... 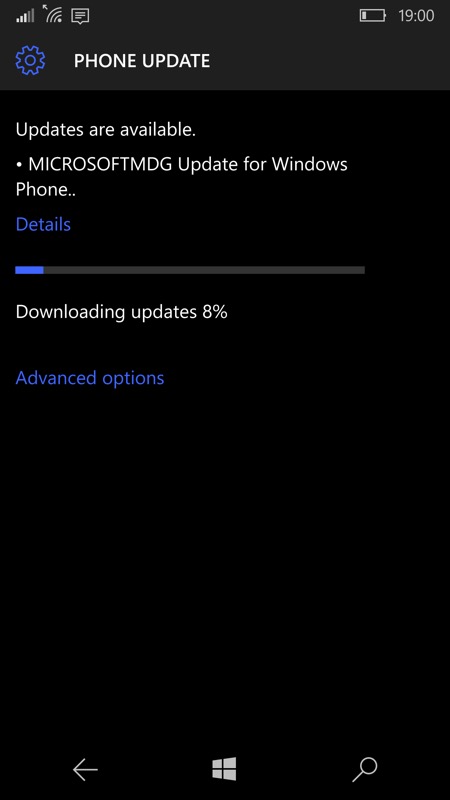 The thought initially (reading the wording on the phone screens) was that if you've taken your smartphone from the 10586 (Threshold) branch of Windows 10 Mobile and on to the 14267 (Redstone) branch then this firmware update wouldn't be compatible. Thanks to comments below, it seems that this isn't the case and that anyone can revert to Production, get the new firmware and then go back to the branch and ring of their choice.

Good to see both the firmware and OS teams making progress on polishing up the two new flagships. I'll report back in various ways on whether this improves stability and/or battery life for the Lumia 950.