Groove Music (still hate the name, but...) is impressing mightily on Windows 10 Mobile (via 950 devices or the Insiders Preview), with a big new update overnight. See below for the changelog. The app is fast becoming a music player of choice in the mobile world, I contend. Who'd have predicted that two years ago?

Groove Music does indeed do a rebuild of your music library when you next start it after this update, but it should be better going forwards, as listed above. 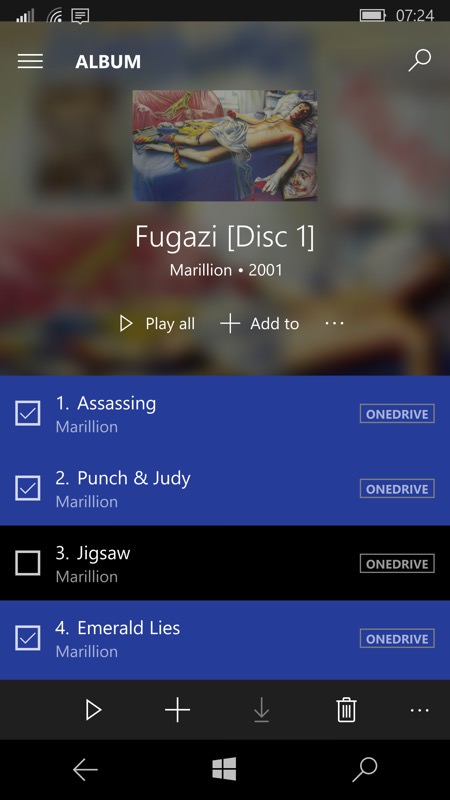 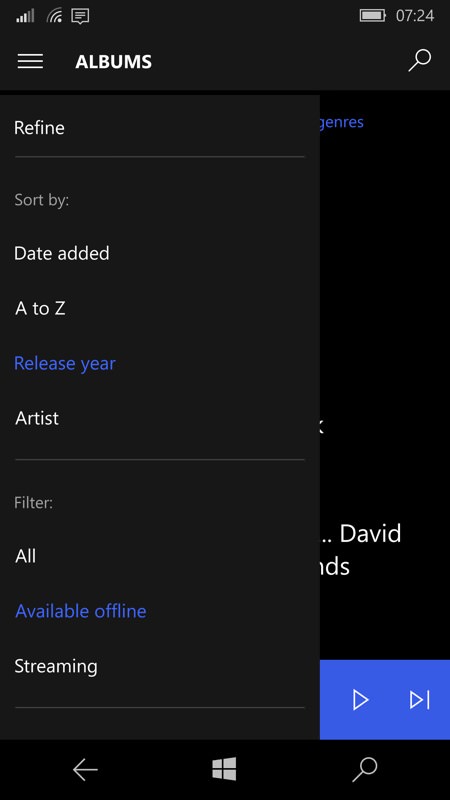 In selection mode, the UI now clearly shows whether tracks are available offline or whether they're on OneDrive; (right) you can also sort music now by 'Release year', making sure that the very latest 'hip and happening tunes' are at the top. (You can tell that I'm not that hip and happening by my use of the phrase, can't you...?!) 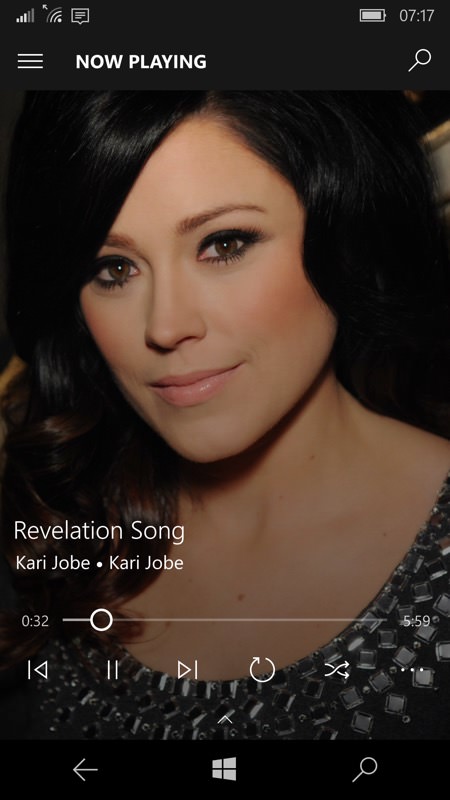 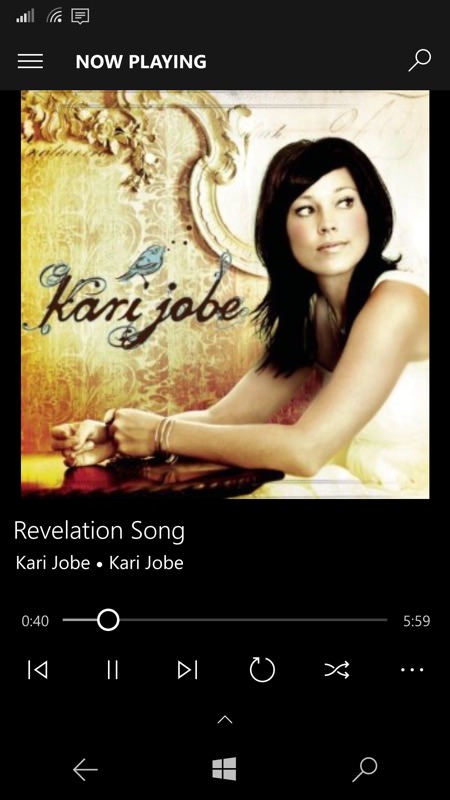 For music that's playing, there's now the choice of going with Xbox Music, err... I mean Groove Music's own image record for that artist or using the embedded art in your tracks. A very welcome choice, which art to show is something that's entirely subjective! 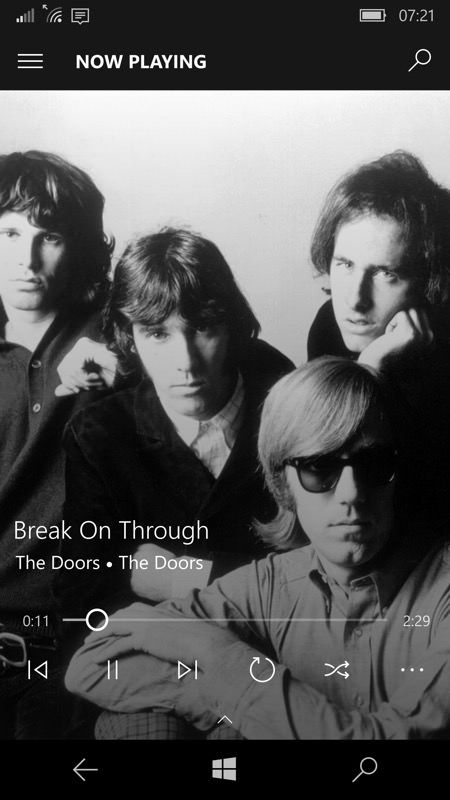 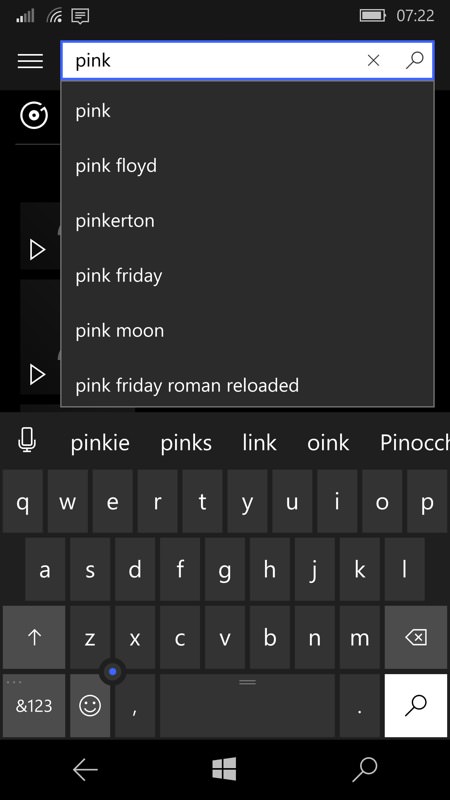 Artwork is also better suited to large displays, here on the QHD-screened Lumia 950; (right) auto-suggesting matches to search queries, though the results aren't limited to just your library. 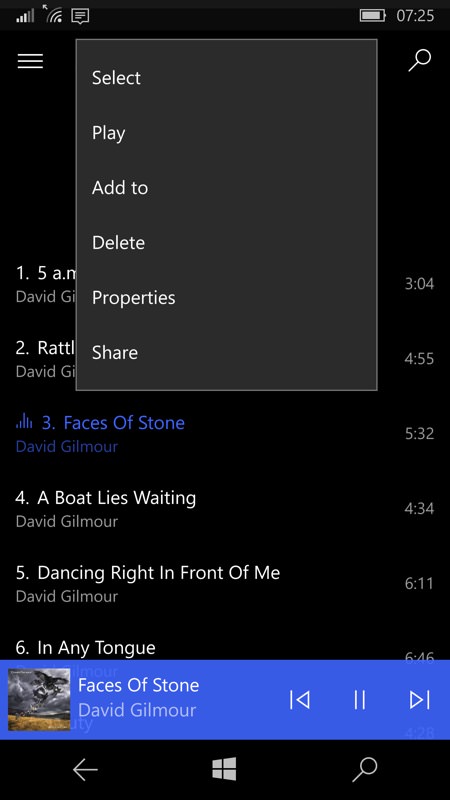 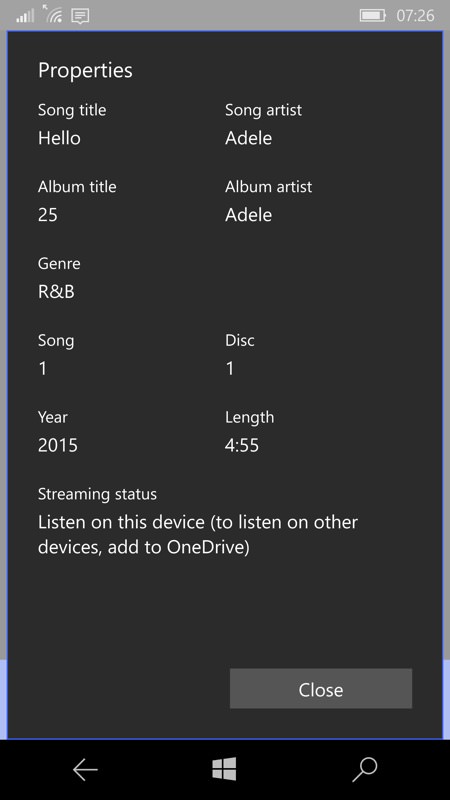