Instagram gets Universal app rewrite but still in 'beta'

Instagram enthusiasts have had their patience tested a little over the years on Windows Phone - and it's going to be tested a little further, despite today's news. There's a brand new 'Instagram (Beta)' in the Store now, marked as v7.17 and 'built for Windows 10', so universal. It's a little flaky and with some big known issues, but at least it's a start at getting Instagram officially - and fully - onto the platform.

Here's the blurb from the new Store entry:

Instagram is a simple way to capture and share the world's moments. Transform your everyday photos and videos into works of art and share them with your family and friends. See the world through somebody else's eyes by following not only the people you know, but inspirational Instagrammers, photographers, athletes, celebrities and fashion icons. Every time you open Instagram, you'll see new photos and videos from your closest friends, plus breathtaking moments shared by creative people across the globe.

The app is however pretty new still and has these known issues:

It does however have some interesting features, such as the 3D Touch menu from the iOS app, activated by long press on Windows Phone.

I logged in via my 'old style' Instagram account and most worked pretty well. With regard to the '3d Touch'/'long press' thing, I couldn't get that to show up, though you'll remember that I did suggest that most of 3D Touch could be handled by long pressing ages ago, for Windows and smartphones in general?

Some screens of the new universal app in action, it's a direct port from the iOS version, apparently, using the Islandwood bridge: 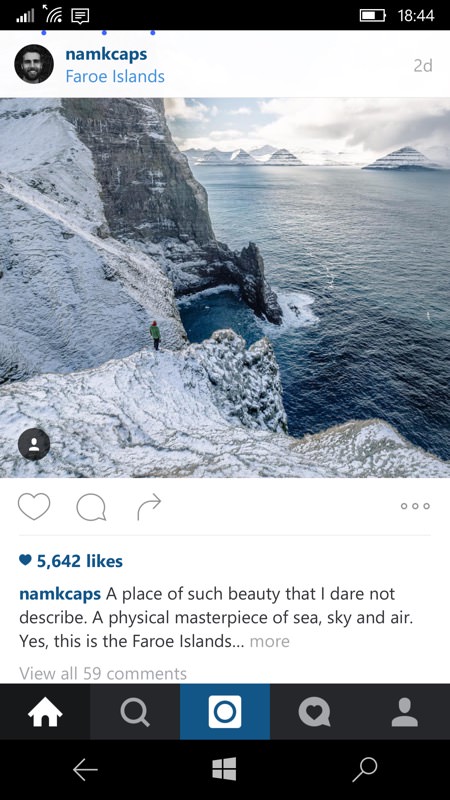 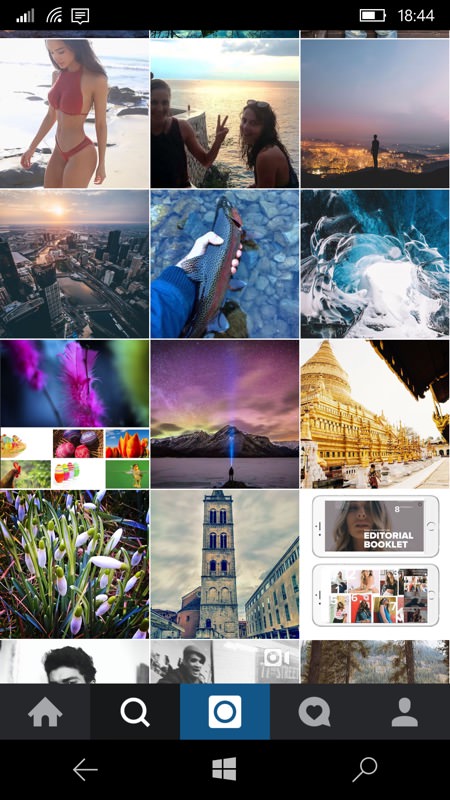 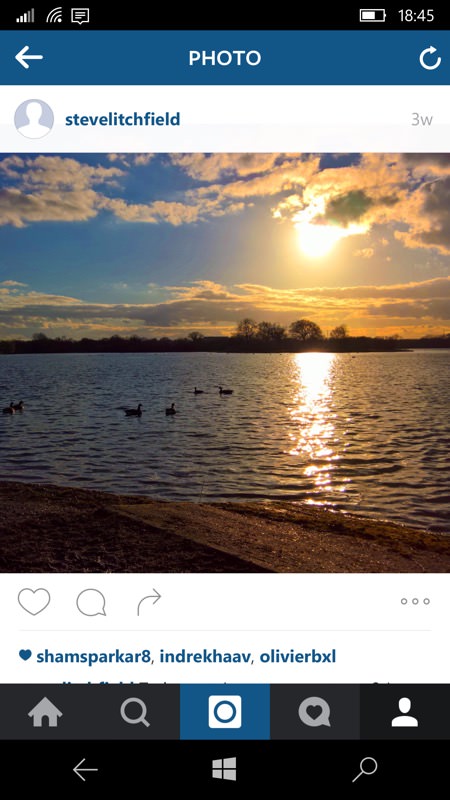 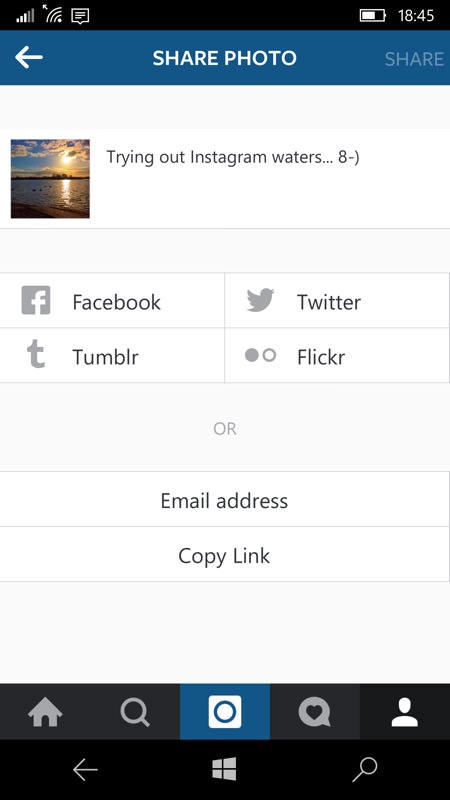 Very evidently not fully fledged yet, not least because the virtual controls can't be dismissed to increase the display real estate yet and because the Share system is not very Windows-like. Again, yet!

It's safe to install though, and when the application is 'fully' released the 'Beta' tag will just disappear gracefully.