Anyone else old enough to remember the side-scrolling pub arcade games of the 1980s? Doomflight is very much in that mould, guiding a spaceship past rocky outcrops, asteroids and other hazards in order to pick up coins, fuel and shield boosters, with the aim of surviving as long as possible and clocking up as high a score as possible.

Doomflight is a simple yet addictive 2D space flight game. Your goal is to guide your spacecraft through various obstacles and survive as long as you can. Along the way you will meet various obstacles and challenges. You will get better in controlling your ship. You will also be able to upgrade it to be a better match for your skills. This game features a simple touch-based controller, designed to be convenient in any position.

More vehicles and maps are already in the works, so stay tuned!

It's beautifully pitched and programmed too, from the quick launching to the response of the controls and interface, to the freemium purchases, which give you currency to buy fuel and ship upgrades and which start at 79p and max out at under £4 (unlike freemium culprits from the likes of Gameloft, which often go up to £50 or more!!) 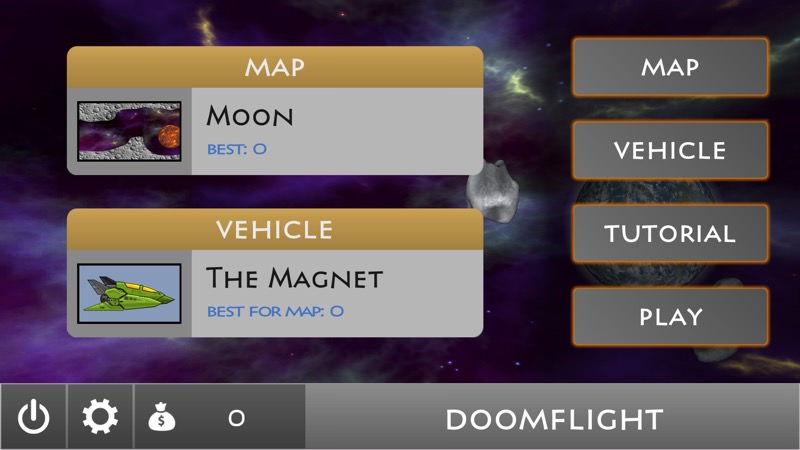 There are very limited scape-scapes and vehicles at the moment, but the developer promises more - why not grab at least the lowest in-app-purchase and help support him? 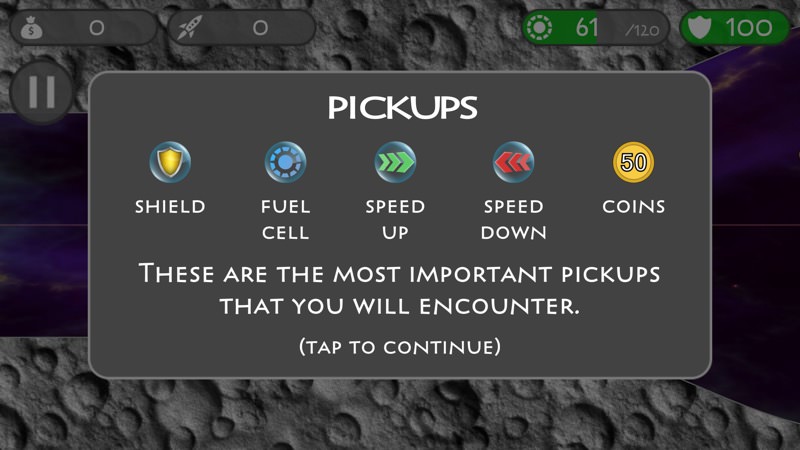 Shield and fuel power-ups are vital to lasting longer and going further! 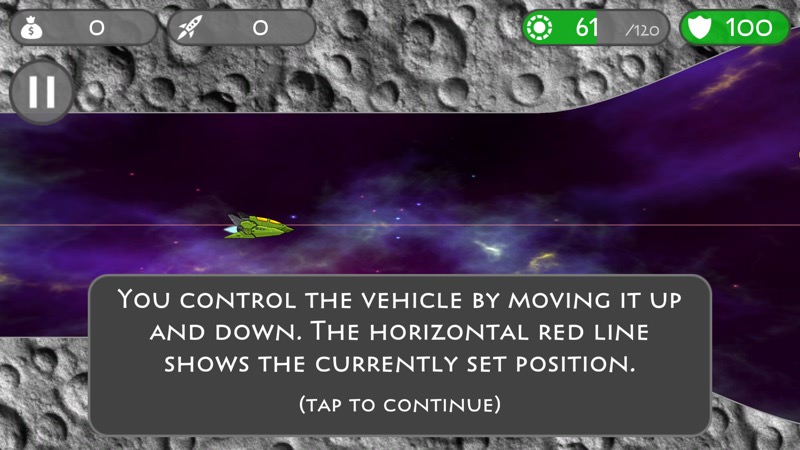 There's a truly excellent tutorial, leading you through ship control (essentially just sliding your left or right thumb up and down) and introducing the various hazards... 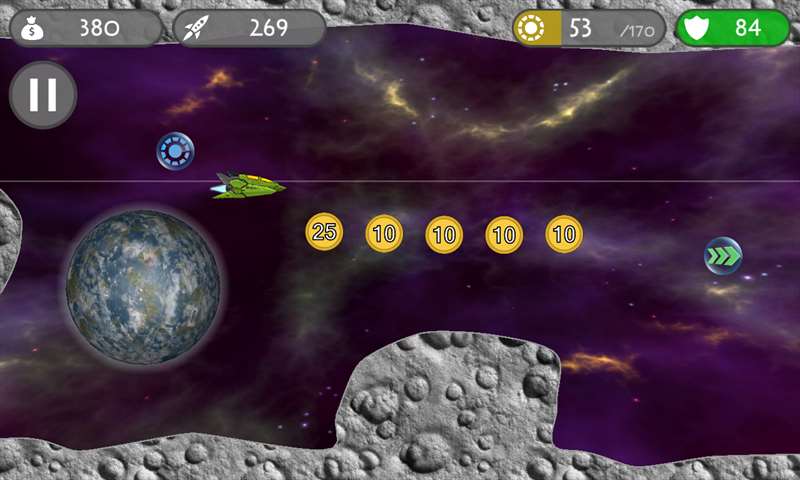 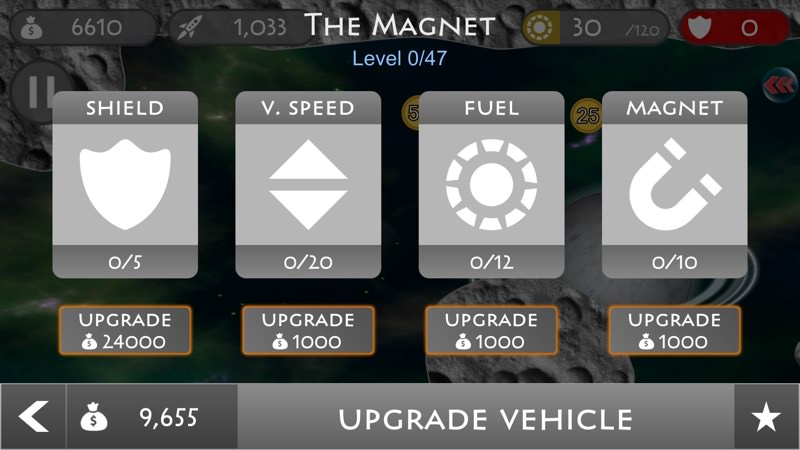 Collect enough coins (or buy some) and you get higher shield options (bounce off the asteroids, almost!), better ship response, and so on... 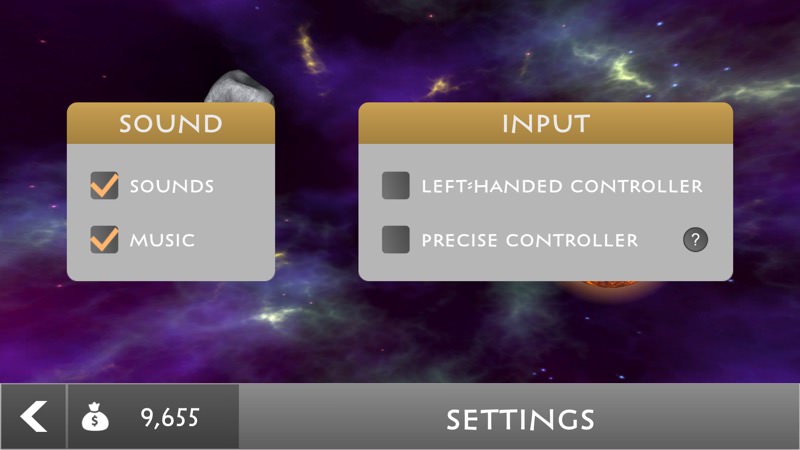 The 'precise' controls are an interesting option, letting you manipulate the ship's aim line directly rather than dragging it up and down smoothly - it takes some getting used to! I'd have liked to have seen an option to drag the ship itself around directly, but then maybe that would have made the game too easy! 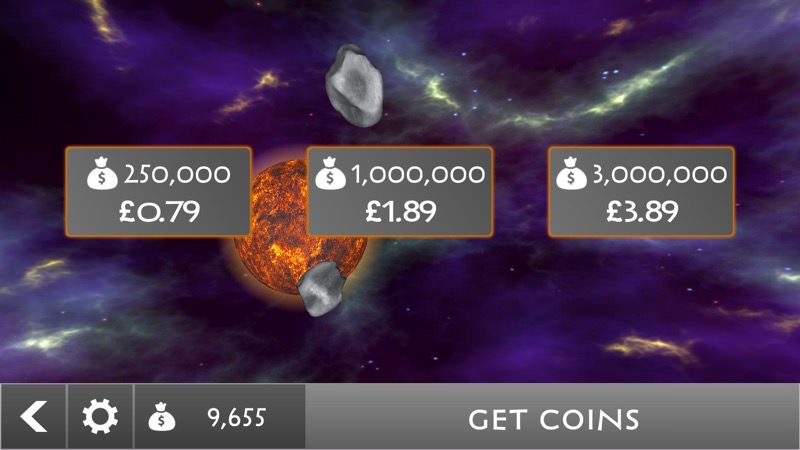 Well done to the developer for not going crazy with the freemium options. £2 and a million coins will serve most players for the lifetime of the game, so very reasonable and well worth supporting. Don't give Gameloft your money!

Recommended for anyone who enjoys a quick romp in a spaceship(!) You can grab Doomflight here in the Store.