15 apps at a time and a double-height carousel on the Lumia 930: but how good are your eyes?

One of the curiosities of upgrading devices like the Lumia 930 to Windows 10 Mobile Redstone is that it inherits the lifting of the restriction on how many applications can be in the multitasking 'carousel'. Which wouldn't be that useful if you had to swipe through all fifteen thumbnails to find the app you wanted, except that a tweak in the Settings menu also brings the Lumia 950 XL's (and 1520's) double-height 'four to a screen' carousel. Meaning faster than ever multitasking and app navigation. Another upside is that you can fit more of everything on the screen - but at a cost to display element size in terms of visibility.

It's all made possible by Windows 10's ability to scale its various elements on the modern high resolution displays, of course. I'm not recommending, even here, that you seriously consider changing the Microsoft defaults, since they're pretty sensible, but hey, it's fun to play, so....

So, assuming your 930 is on Redstone via the Insider programme, within Settings/System/Display, knock down the 'size of text, apps and items' to, say, 250% (the default is 300%): 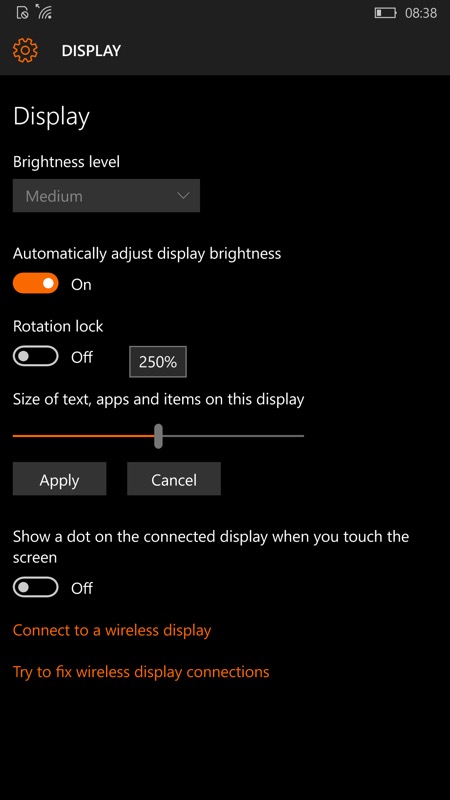 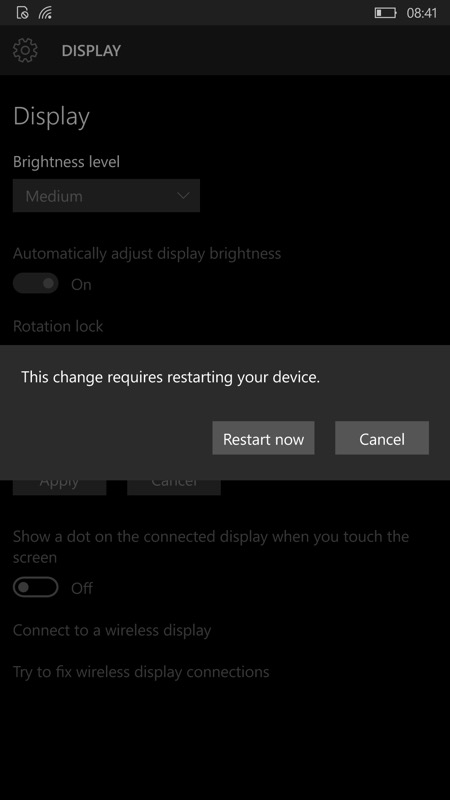 As shown, you'll need to restart the phone, so that the OS picks up this system-wide change. It's a bit disappointing that you can't apply this 'on the fly', but I guess you're not going to do this very often, so...

Now crank up a few applications and then keep going. 15 of them, or more, and then hold down the 'back' control to bring up the multitasking carousel. You'll be surprised to see, for the first time on the Lumia 930, a double-height listing of 'running' applications, making it FAR faster to swipe across and pick the app you want to switch to. To be honest, I can't see why this isn't enabled even without the Settings/Display adjustment, since I'd far rather have slightly smaller thumbnails and a carousel that was quicker to navigate through: 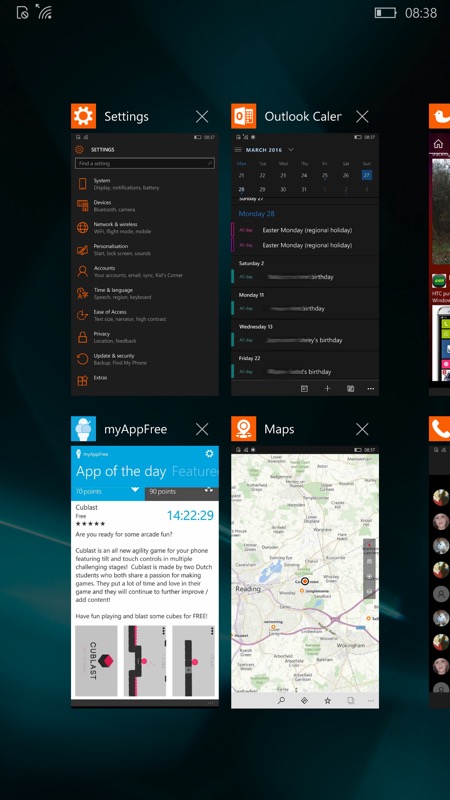 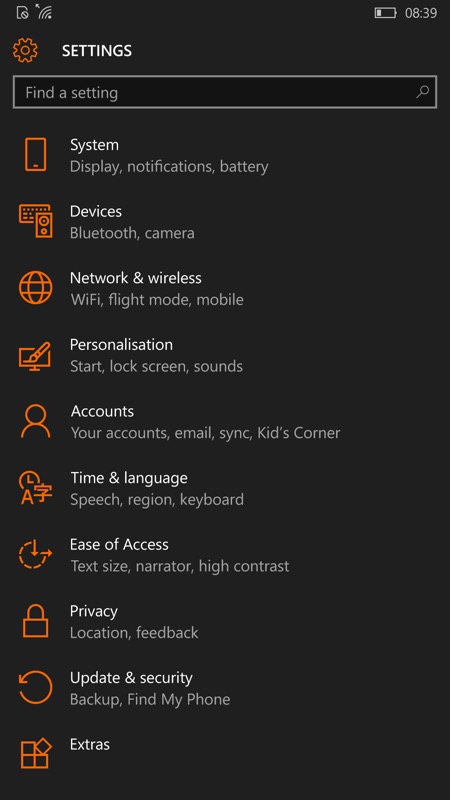 All other screens and panes will have room for more content, of course, now that text and other items are smaller. For example, above right is the Settings hierarchy, which all fits on - again not usual for the Lumia 930.

Ultimately, of course, everything's just that bit too small, at least with my slightly less than 20:20 eyesight, and I reverted, but you might like to give it a try. Hey, you're in the experimenting mood anyway, or you wouldn't have put Redstone on your Lumia 930!