Now this is a grand idea. Remember those Macbook Mag-dock cables, that snapped off when snagged rather than bringing your laptop tumbling to the floor? Well, Wisken has just taken the same idea and applied it to smartphone cabling. It has been implemented very well, though there are a couple of caveats that you should definitely be aware of.

The Wisken Kit 4 X-Cable err.... kit comes with a 1m (high quality) cable, with USB Type A on one end and an Apple-ish aluminum mag-dock connector on the other. Of which more in a moment. 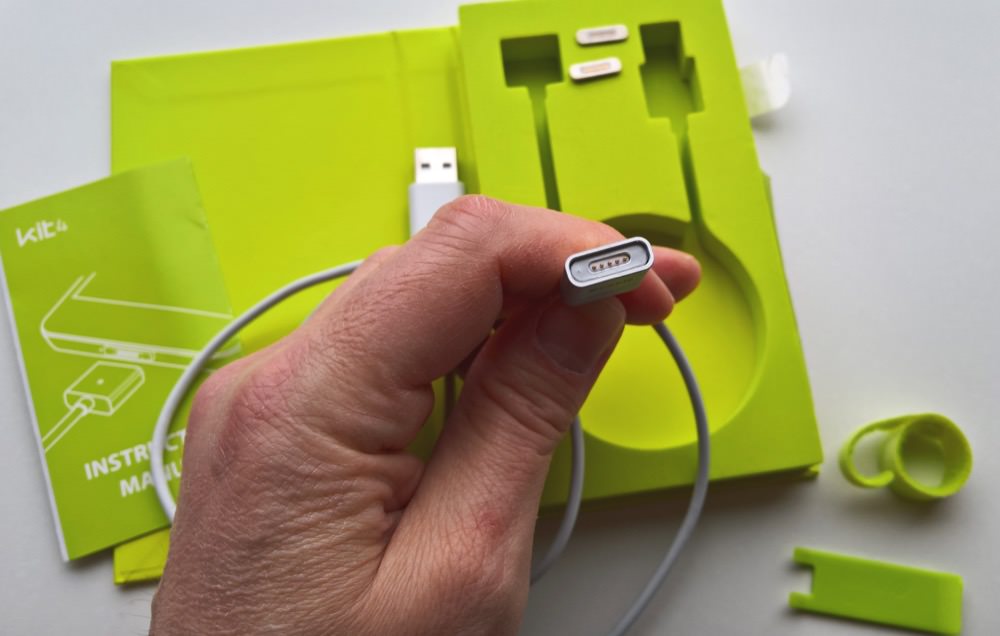 Also in the kit are a plastic extraction tool (mentioned below), a velcro cable-tie and then two microUSB 'male' jacks, each magnetic (obviously). In fact, there's no reason why Wiken couldn't do the same for Lightning or USB Type C connectors, but maybe it depends how well this kit sells.

You get two jacks because the idea is that these stay permanently in the smartphones that you're going to hook up in this manner, so at least this way two microUSB phones can be enabled. 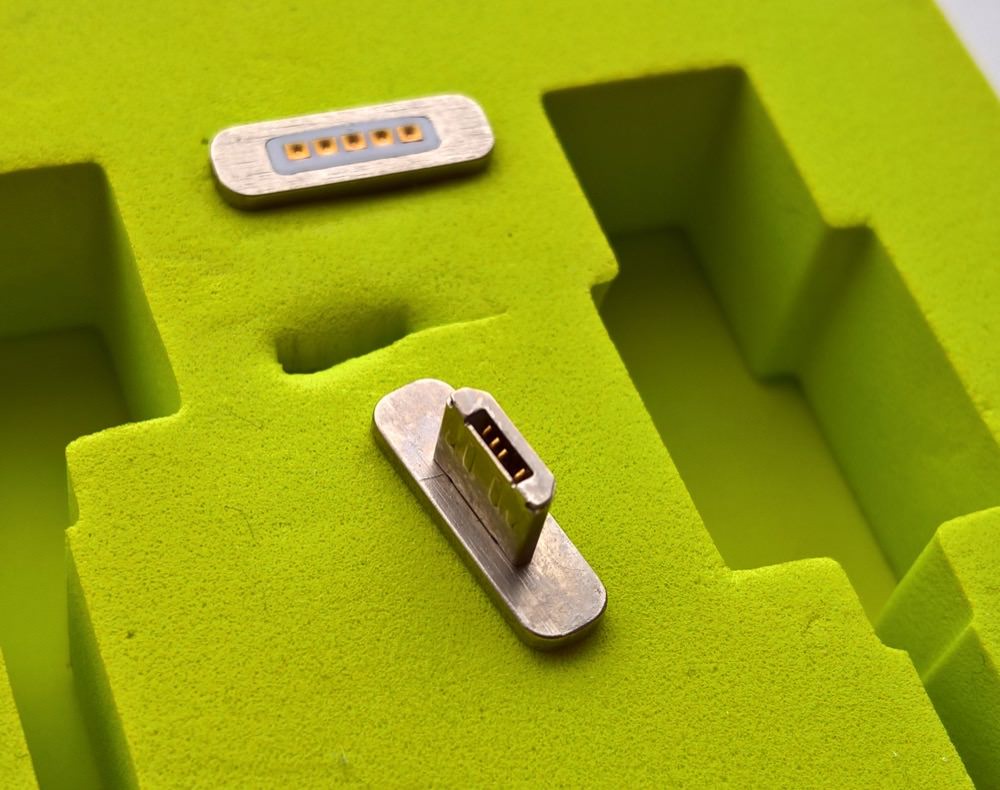 These are also metal and push very securely and confidently into any microUSB socket, protruding a millimetre or so. On the test Lumia 930 here, which is also aluminium, the Wisken adapter looks pretty much at home and almost part of the device: 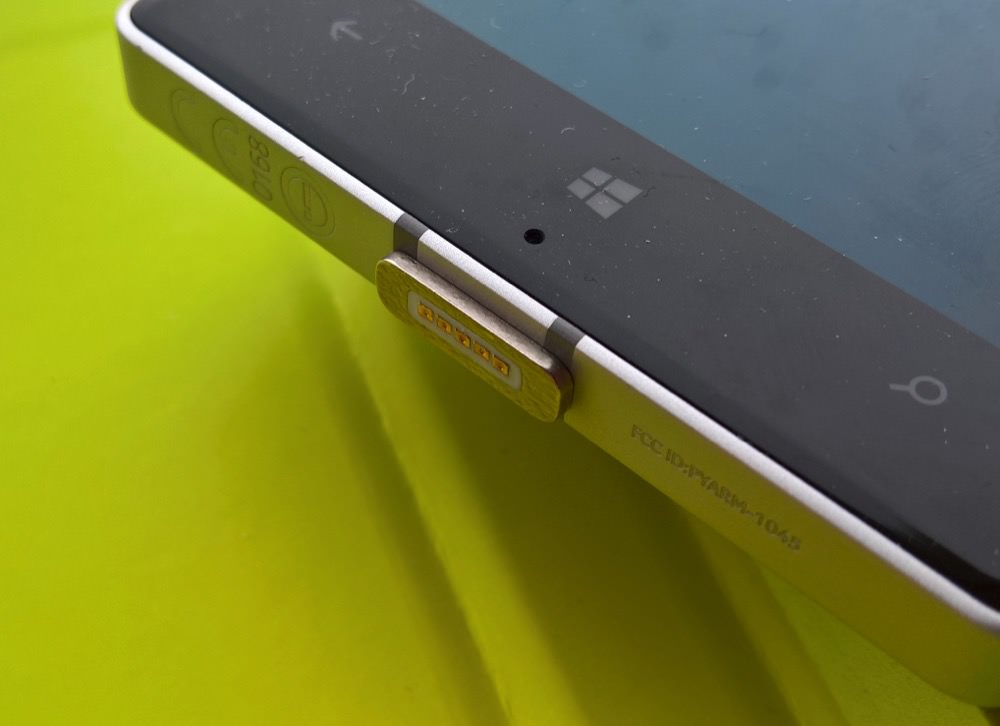 The idea then is to use the supplied cable to dock with this, with the magnets holding the two halves in place. Happily, they're strong enough to 'snap' the cable together and yet weak enough to break if the cable's jerked suddenly. The connector is also reversible, so it doesn't matter which way 'up' you approach with the connector, so this is a step up over traditional fiddly microUSB.

When in use (i.e. charging), there's also a white status LED that lights up. Not strictly necessary, but a nice touch. 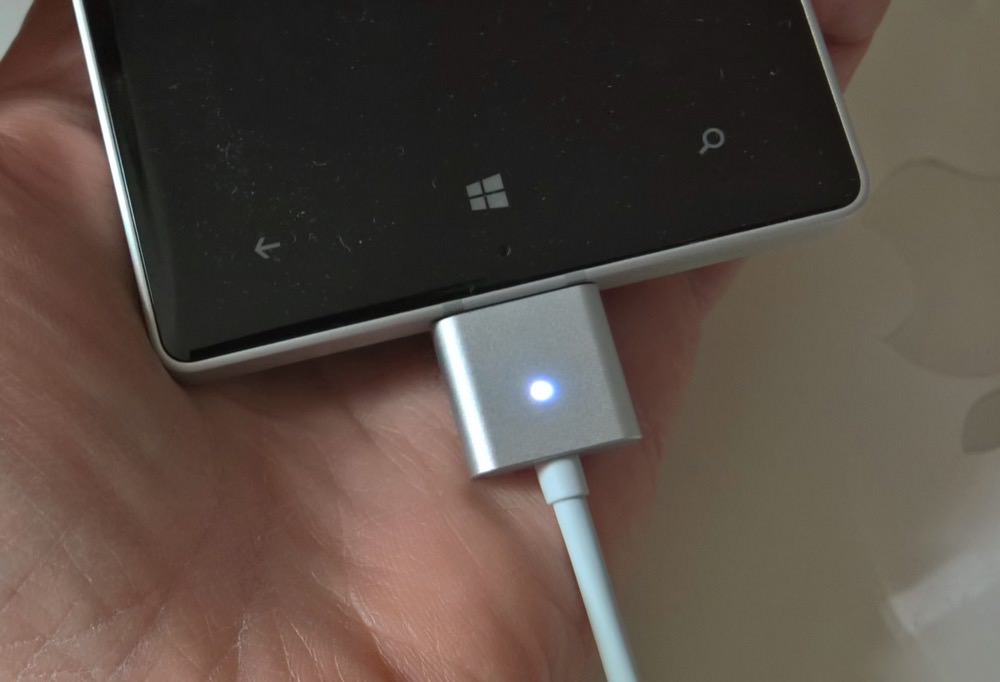 In use, the male end stays inside the phone, effectively converting it to a Mac-like Mag-dock system. Of course, at some point in the future you're going to want to remove the Wisken adapter, perhaps to transfer it to another phone, and it's then that the plastic tool comes into play, with a 'razor' on one end to help pry the kit up out of the socket and then the arms below to effect the final leverage: 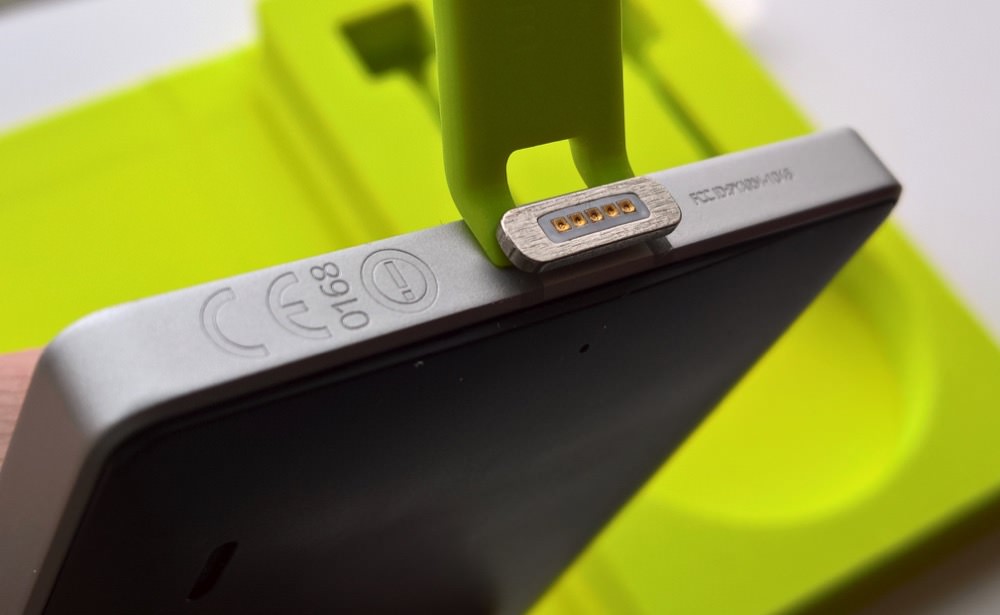 In practice, I found that on some devices I also needed to use my penknife blade, such is the 'comfort fit' of the jack within the smartphone. But it's do-able, even if not on a daily basis.

Another reason you might want to remove the Wisken kit is when syncing or hooking up to transfer data, e.g. to a laptop. You see, only the charging pins are wired here. Now, connecting to a PC isn't exactly a daily occurrence in these days of Cloud-first, of online syncing, and of media streaming, but it's still something to be aware of. Update: it transpires that if you have the LED facing 'up' (or 'down', depending on device!) then data does work. But it's definitely a caveat to be aware of...

At £15 all-in, the cable kit certainly isn't expensive and it may just solve a problem that you experience daily, especially if you have a busy or cramped office, or if you really struggle to plug in to charge at night in a dark bedroom and want an easier way of locating the charging jack. I'd be interested in seeing multi-tip accessory packs for this system though. For example one with a Lightning jack and a USB Type C, at (say) £5 for the pair. Maybe Clove can get back to Wisken on this?