To case your phone or not. That's the eternal dilemma. But what if you could have a case that would protect your smartphone even if dropped down a flight of stairs from any angle, never needed taking off, didn't have a distracting flap and also included a kick-stand so that you could watch media while doing chores or having dinner? All in the one case. Sounds impossible, but Olixar has aimed for this with its Armourdillo series of cases, here looking at the version for the Lumia 950 XL. 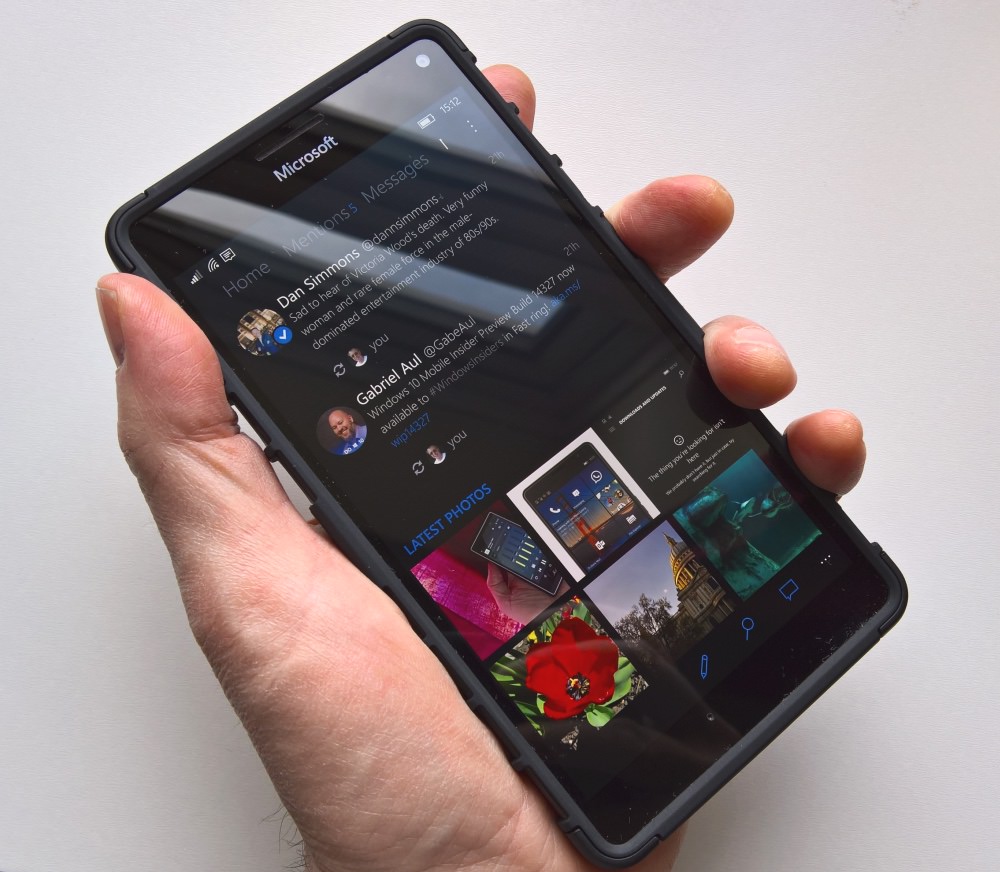 There's a catch, of course, and that's in the dimensions. The Armourdillo range adds an extra half a centimetre in width, length and (crucially) depth to your smartphone. On a tiny phone the effect is comical, but on a phablet like the Lumia 950 XL the Olixar design pulls it off. I.e. the percentage increase in size is less than for a smaller device.

There's something about a phone encased like this that you feel like you can fling it around and generally not worry too much. And you'd hope so. The Armourdillo, like many extreme ruggedised cases, involves a soft rubber inner and a really tough polycarbonate outer shell, though both stay attached on the whole - it only takes a few seconds to extract or insert a phone. 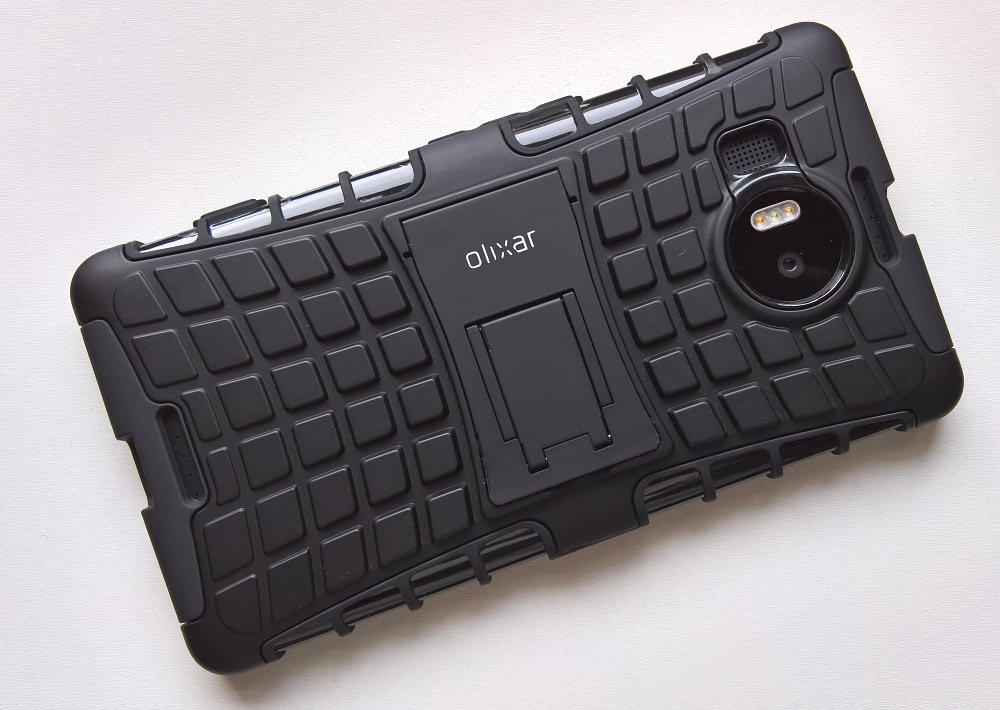 The effect is either monstrous or 'oh wow', depending on your point of view. And I hate to be sexist, but this Olixar case is most definitely for men only, and only then for those who like their tech on the macho side.

The depth of the protection is shown by the way the camera island of the Lumia 950 Xl is now a sunken recess(!): 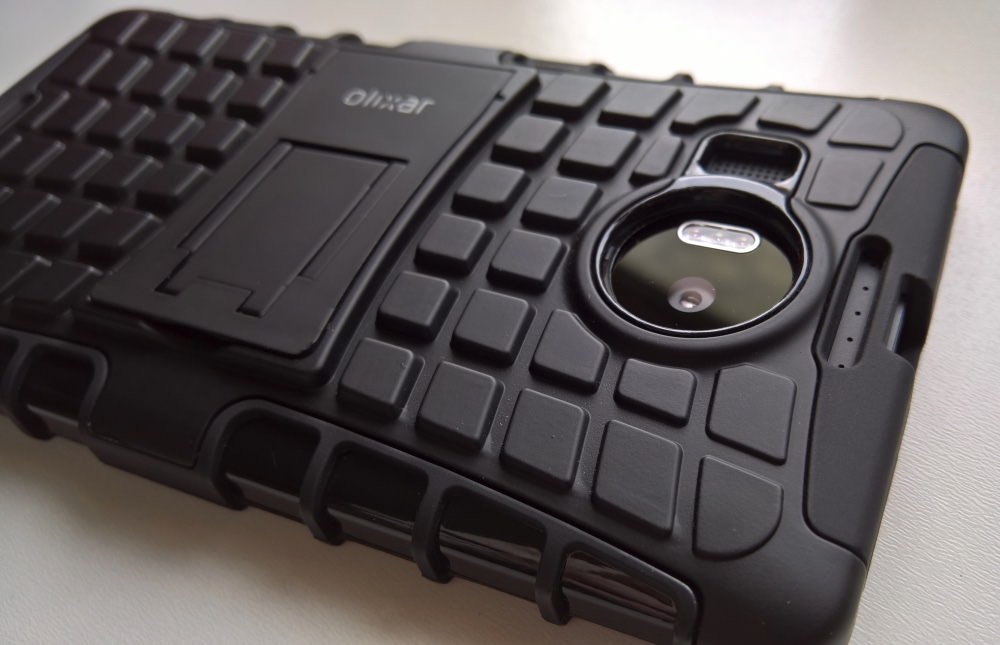 The hidden jewel in the over-the-top design is the kickstand, of course. This 'clicks' out and then unfolds, with a bracing strut, as shown below: 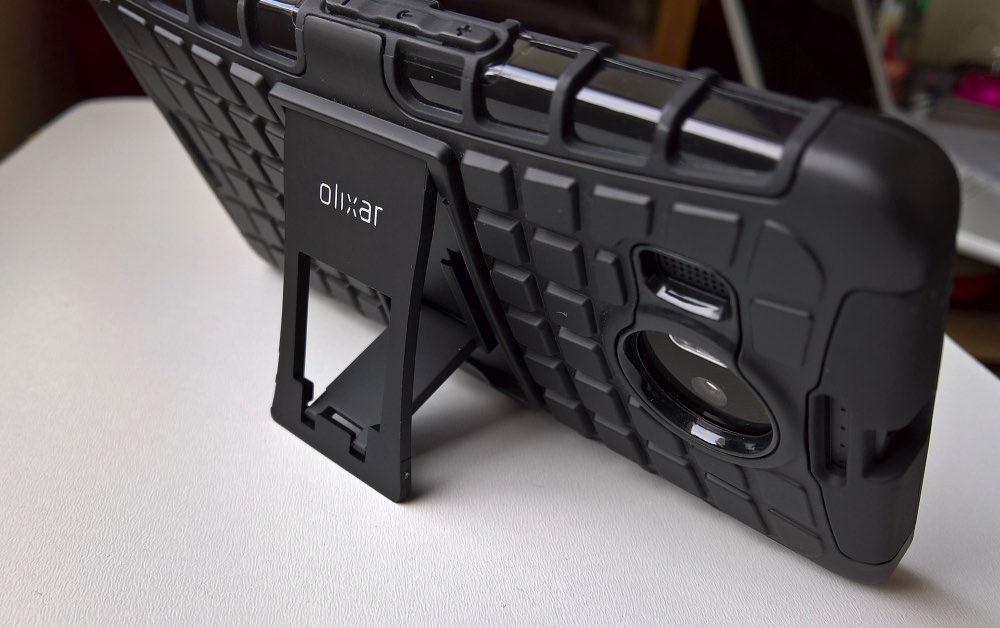 It's a superb solution for media watching and the kickstand folds back in (securely, with another click) as quickly as it folded out.

Definitely a love it or hate it design, I have to say that I'm leaning more towards the former - this is definitely going in my gadget bag for the next time I take my 950 XL out snapping the walks and trails in the UK.

Comments welcome - which way do you fall on the Armourdillo?

PS. This Olixar case was sent in for review by Mobile Fun.