Notepad Next is your text entry powerhouse UWP

OneNote is a very comprehensive cloud-synced note-taker, but it's sometimes overkill when you just want to work on snippets of code or shopping lists or project notes in plain text. Which is where Notepad Next comes in. It's comprehensive, has a multi-file capability, works on Windows 10 Mobile as well as in Continuum and on the desktop - and seems to be completely free!

Notepad Next is a simple and beautiful notepad app for text files, designed from the ground up for Windows 10. It aims to be a replacement for the built-in Windows notepad, similar to older desktop programs like Notepad++ or Notepad2. Unlike those prior programs, it's designed for ordinary users rather than programmers, and it's built using the modern Windows framework, leading to an interface that is easy to use, smooth, and elegant.

Here's Notepad Next in action: 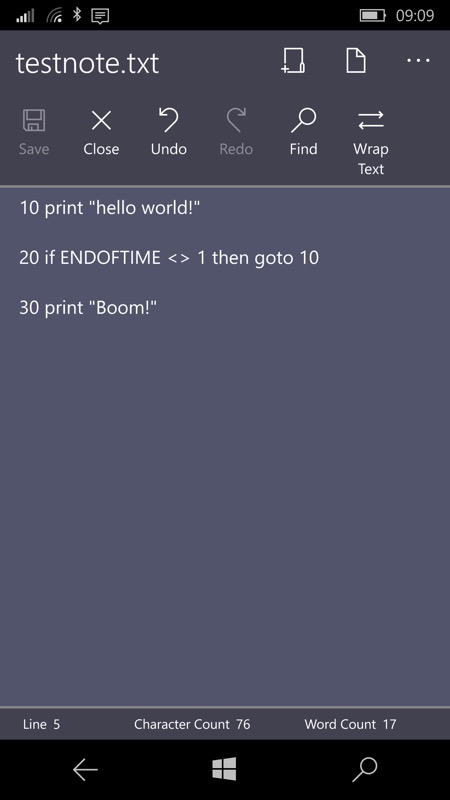 The UI is clean, with dismissable virtual controls and title panes, and customisable toolbar elements - you can view text in proportional (as here) or monospaced fonts (which might help for coding) 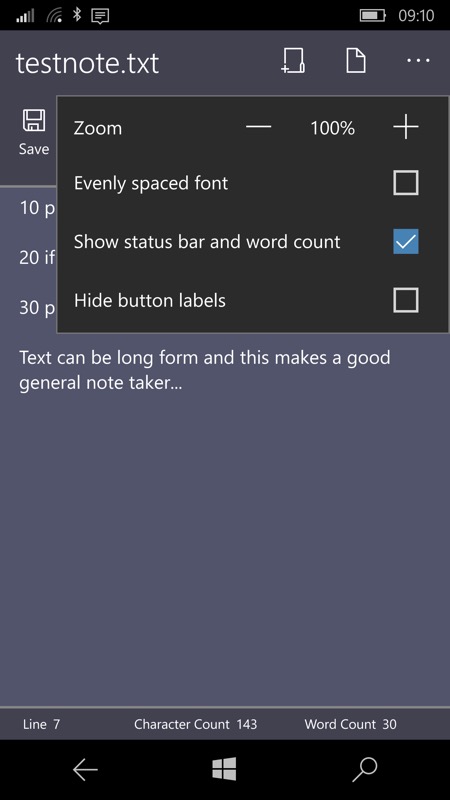 The '...' menu pops up some of the extra customisations, including a zoom facility, with zoom out being especially useful for code editing, I suspect. 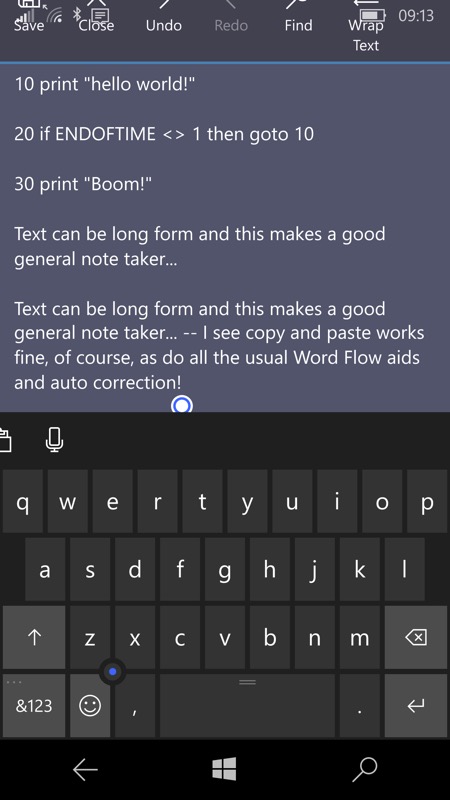 Playing with copy and paste and testing auto-correction - everything 'just works'! Although the Windows 10 Mobile keyboard is shown here, the real power of Notepad Next probably comes into its own as a full UWP, working in any display size and orientation - e.g. in landscape mode while mobile, with a Bluetooth keyboard, making a decent raw code editor.

What a terrific little tool. What's not evident from the screenshots is the multi-file/tab capability - the entire UI can be swiped to one side to reveal the next file/tab in its own UI instance.

Recommended. You can grab Notepad Next here in the Store.

On the roadmap for future development of Notepad Next are performance improvements for large files, a more in-depth search function, and other advanced capabilities. You can suggest further features by emailing contact@notepadnext.com