How to: Import all your HERE Maps favourites into Windows 10 Maps

A few days ago, HERE Maps stopped working under Windows 10 Mobile. Now, the title above sounds a bit grand, but in fact there's little to it, since Microsoft has done all the hard work, as you'll see from the screenshots below. There are, however, a couple of obvious prerequisites!

The problem, the use case, is this: you've been a user of HERE Maps (née Nokia Maps) for years and you've built up a few dozen (or more) favourite locations. But, assuming you're about to, or have already upgraded your smartphone from Windows Phone 8.1 to Windows 10 Mobile (by official or Insider means), how the heck do you get these into Windows 10 Maps, which uses its own Cloud-synced favourites system?

I mentioned prerequisites and they're covered by the preceding paragraph. It's assumed that you upgrade without doing any kind of reset (as geeks love to do), the idea is to keep both the HERE applications and their data in place, ready for the import. If you're keen on doing a full reset to build your Windows 10 experience from scratch (again, people do this) then do all your HERE Maps favourite importing first, get Windows 10 Maps up and running and synced and only then think about your back-to-basics reset. 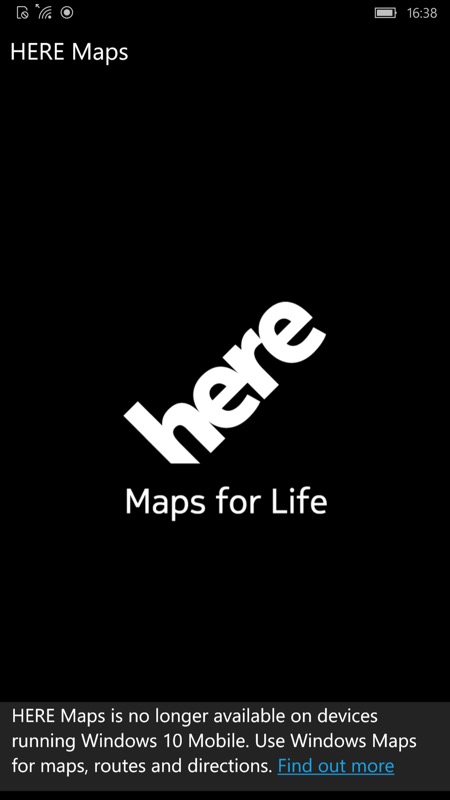 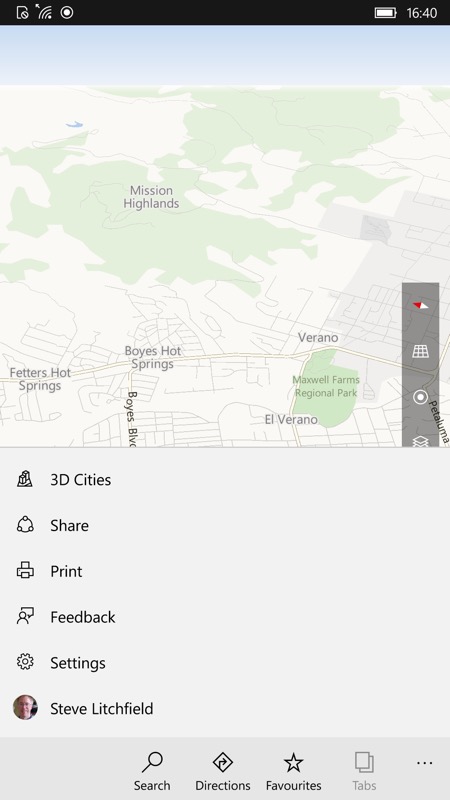 HERE Maps doesn't even start fully anymore under Windows 10 Maps, as per the announced plans - this was all timed to coincide with the transitioning of the various data licenses and the imminent launch of Windows 10 Anniversary Update; (right) fear not though, as Microsoft has you covered - head into (Windows 10) 'Maps' and then into 'Favourites'... 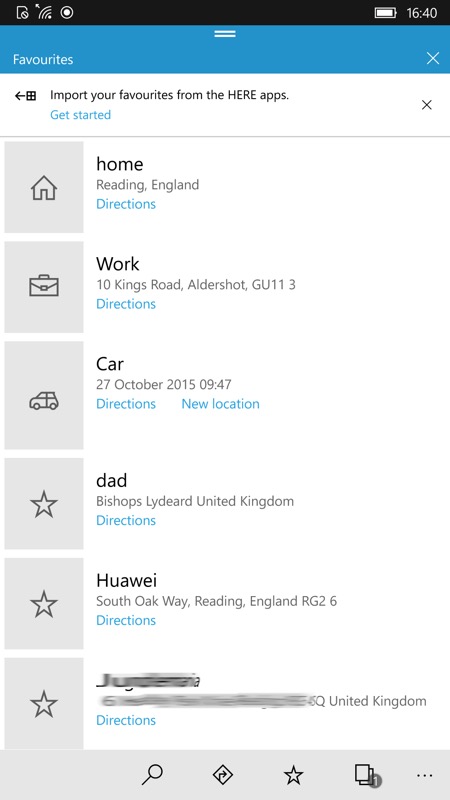 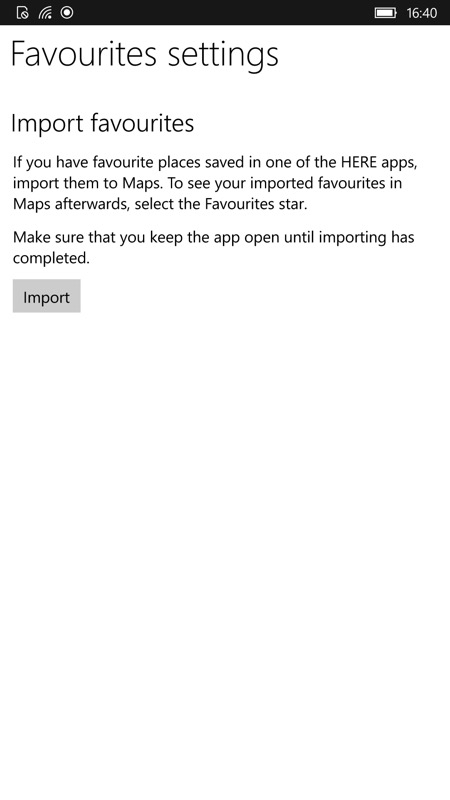 At the top of your Windows 10 Maps Favourites list (which will probably be pre-populated from the Cloud and Microsoft's servers), see the small-fonted banner, above left; (right) tap it and you're into an import function - quite literally, one tap and all your HERE Maps favourites are now in the new Windows 10 Maps. As the dialog implies, this will take a few minutes if you have lots (hundreds) of places saved, so do be patient.

PS. Note that HERE Maps/Drive will carry on working just fine under Windows Phone 8.1, but do note that there won't be any future road/data updates.

Filed: Home > Flow > How to: Import all your HERE Maps favourites into Windows 10 Maps