Connecting via Continuum to a Windows 10 Anniversary Update laptop/PC

One of the features that was touted for the big (Redstone) Anniversary Update was being able to use PCs around you (with permission) as Continuum displays. In practice, this is called 'Project to this PC' and is something I can't currently get to work at all - hence this story and a request for data points from others.

The set-up needed is to head for 'Settings/System/Project to this PC'. There, from the drop-down pick lists, I'd suggest choosing

...respectively. In order to get going, this should give the maximum chance of it all working.

Once these settings are in place, you tap on 'Connect' in the Windows 10 Mobile Action Center and then the phone will search for and find the newly configured PC. There's a pop-up on the PC 'the first time only' to acknowledge and then, in theory, you should be seeing an instance of the phone screen on your PC at the very least. 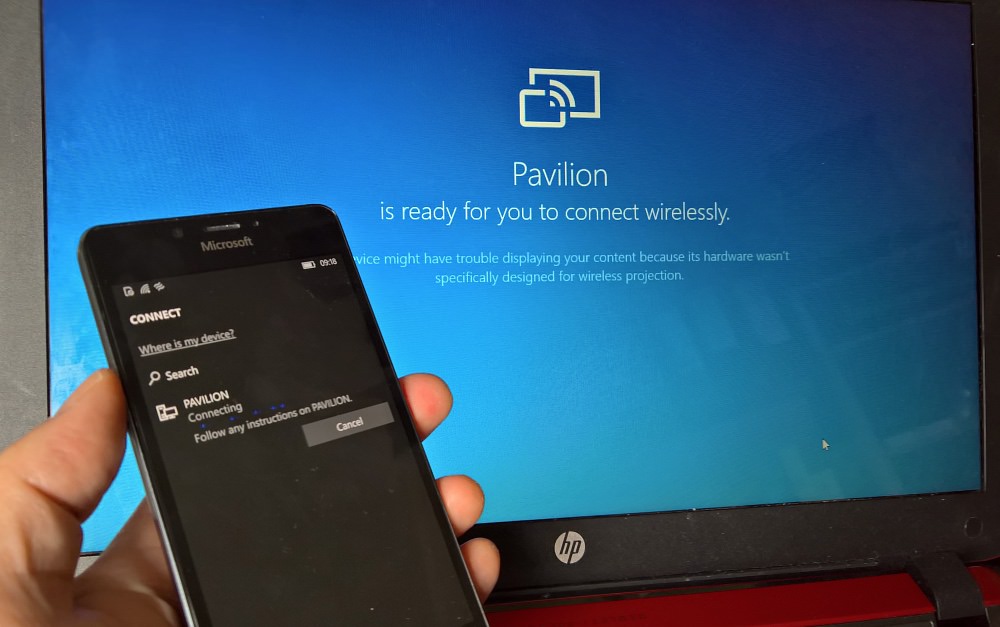 I suspect it's just that all of Microsoft's balls aren't yet lined up in a row - with the next desktop and/or mobile build maybe all this will start working. Another possibility is that even my 18 month old HP Pavilion laptop is not new enough to support the system, but then that raises the question of how new and highly specified the host PC has to be.

Microsoft doesn't seem to have issued any guidelines on this point which is why I'd like to open the whole system to data points from the community here. As and when you get the Anniversary Update installed on your own PC(s), why not give all this a try and report back. Can we find anyone who's gotten this working yet, and if so, on which spec PC?

PS. If your PC hasn't yet been offered the Anniversary Update, you can get it immediately from your Update History etc.