Although Lumia Camera, evolving into Windows 10 Camera, is pretty competent, there are still modes and tweaks which it doesn't cover. Into this 'pro' niche comes longtime Windows Phone favourite ProShot, now in UWP form and rewritten for Windows 10, meaning it runs beautifully on the likes of the Lumia 950 and 950 XL. The supreme photography experience on mobile right now? I'll be testing this over the rest of the summer and will do a formal review in due course.

From the Store description, features include:

There's a caveat or two: "Due to bugs in Windows, Light Painting and Bracketing are disabled for now. Please note that certain features depend on available hardware support".

There's also a FAQ, which is notable for confirmation that this is a totally rewritten app and requires purchasing again - given the many thousands of hours put into development then I have no problem with this, but still, it had to be in the FAQ, as it's the first thing people will ask:

Q: Why do I have to pay again if I already have ProShot?
A: I understand that money is a concern for a lot of people. Here is what happened behind the scenes:

1) I had to change my developer account to a new one because reasons. Due to an obscure rule in the MS Store, I couldn't transfer ProShot from the old account to the new one. That made an upgrade path impossible.

2) Rather than take old code and shove it into Windows 10, I decided to start fresh. I also had to start fresh because communicating to the camera hardware in Windows 10 is completely different from Windows Phone. There's also a million other things that had to be done differently to bring the app to W10. Remeber that ProShot is more than just an app, it's a camera operating system.

Once I decided on this path, I was able to fully commit to it and actually make something truly new and ground breaking. It took a very long time to make, and it brings a ton of improvements and new features not seen on any version of ProShot on any platform.

Rise Up Games, the developer, then goes into detail into what's new for the Windows 10 UWP version and what had to get left out:

Q: What didn't make it to ProShot for Windows 10?
A: Real time filters and highlight clipping. I spent months engineering a GPU pipeline on the old ProShot to get those to work at 60fps even on a $50 phone. On W10 something similar is kind-of possible, but it consumes a lot of power and only runs well on a 950.

Q: What comes next?
A: Just like I kept ProShot for Windows Phone updated for years, I plan on doing the same for W10. I am always listening to feedback, and have a huge list of things I want to add. I've built a really solid, future-proof framework on Windows 10, and I can't wait to see where the future takes us!

You can buy this in the Store here. Remember, it's 50% off for the first 24 hours or so. Having said that, on my Store screen it said '4 minutes remaining' when I bought it at £1.49 in the UK. So go figure. Anyway, I'm sure it'll be worth the money, however much you pay, and great to see a developer really serious about imaging still on Windows 10 Mobile. 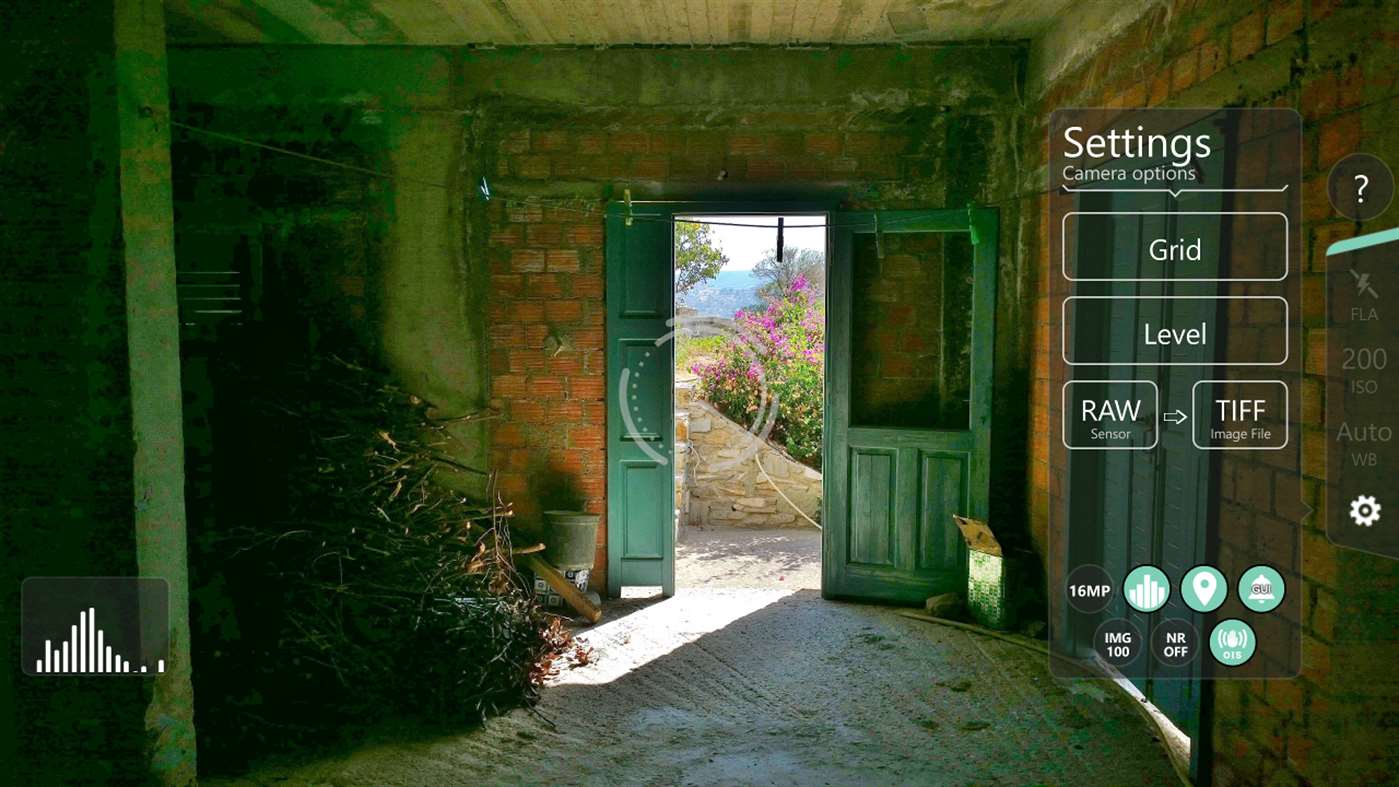 PS. ProShot for Windows Phone remains on the Store for those who cannot (or don't want to) update to Windows 10, and it has been renamed 'ProShot Classic'.

PPS. There's a promo video, too, to give a flavour of the UI: