The title comes from an amotive plea for help on Microsoft's forums, eloquently expressing what many others many now be thinking or saying after the Anniversary Update has hit their Lumia 950 XL, 650, 550 or many other older upgraded devices. Insiders will have known for a while that the built-in 'FM Radio' application was going away - I reported on this here. But the impact on normal users worldwide has perhaps been underestimated by Microsoft. See below for some thoughts.

Here's what I had to say back in May:

Along similar lines, Microsoft has announced (on Twitter) that it no longer intends to keep the old Windows Phone 8 first party FM Radio client going. The theory is that there are plenty of third party radio applications (both FM and Internet), plus not every Lumia has an FM antenna/chipset in the first place.

FM radio is somewhat niche in 2016, in a phone, but is probably a much bigger deal in the developing world. Still, as Microsoft says, there are third party applications which liase with your phone's receiver to produce audio....

Microsoft has been gradually axing its old Windows Phone 8.1 (i.e. non-UWP) first party applications and some which are perceived not to be essential probably won't get rewritten as a UWP - I fear that Podcasts will go this way, as has (now) FM Radio. Now, podcatching is something that third party applications have been very willing to take on, and successfully, but third party FM radio applications are a bit of a hotch potch, plus they don't have access to the phone's loudspeaker, something of a vital function, I'd have thought.

Here's what today's poster on Microsoft forums had to say after finding a gaping hole in his phone after the Anniversary Update hit his (production) device:

I used to listen to the radio with my phone every single day. The native app that used to be on my phone (Lumia 950XL) was perfect. It worked flawlessly, and I could play it over the loudspeaker so that I could hear it when I'm showering, and, of course, sing along.

I woke up this morning to find a blank spot where my Radio tile used to be and was immediately curious as to where it went. After not being able to find it anywhere in my app list or in the settings menu, I took my quest to Bing. I was very sad to find several articles saying that the native app was removed in the anniversary update. I tried to cheer myself up by looking for a replacement in the store only to find that none of the non-native apps are capable of using the loudspeaker.

Microsoft, please bring back your native Radio app. Having an FM tuner built into my phone has been one of my favorite features, and your app was the perfect counterpart to it. Without the native app, the FM tuner is useless to me since no non-native app can enable the loudspeaker as your app did.

It's not just singing along in the shower - I can think of numerous use cases in developing countries where playing radio over the loudspeaker so that multiple people can listen at the same time is very useful indeed.

I don't mind Microsoft ditching its old code/applications, but (pretty) please at least open up the API to the loudspeaker so that third party FM Radio applications can use it.

Given that the AU was more or less compulsory, this removal of what was (for some) an essential function seems somewhat cruel.

PS. And yes, I know the headphones lead has to be inserted in order to act as an aerial, but the use case for rerouting audio to the speaker is still strong. 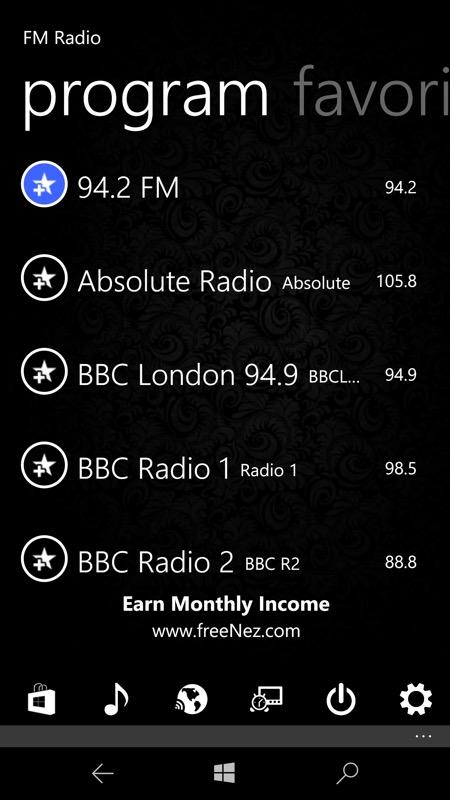 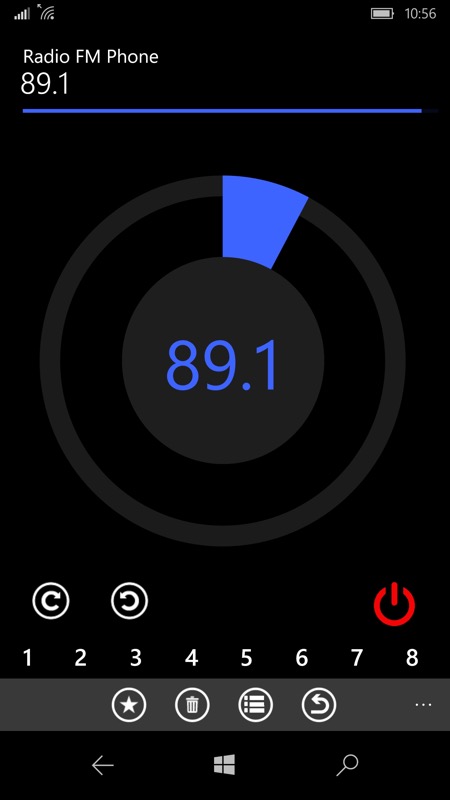 FM Radio, from Astute Dev and Radio FM Phone -  8.1 applications, but still largely working. Anyone out there coding up a UWP?