Now that the Anniversary Update is out for all production devices, along with fully fixed-up firmware, Microsoft seems to be pushing the Lumia 950 and 950 XL once again, at least in terms of prices. Which are now VERY competitive. The Lumia 950 is now down to £249 inc VAT and delivery in the UK, which is amazing. The 950 XL is now also reduced, down to £339 all-in. And the so-premium-feeling budget Lumia 650 is now just £109, all-in. Both for black and white versions, by the way, making it less likely that this is just a fire sale of unsold stock. 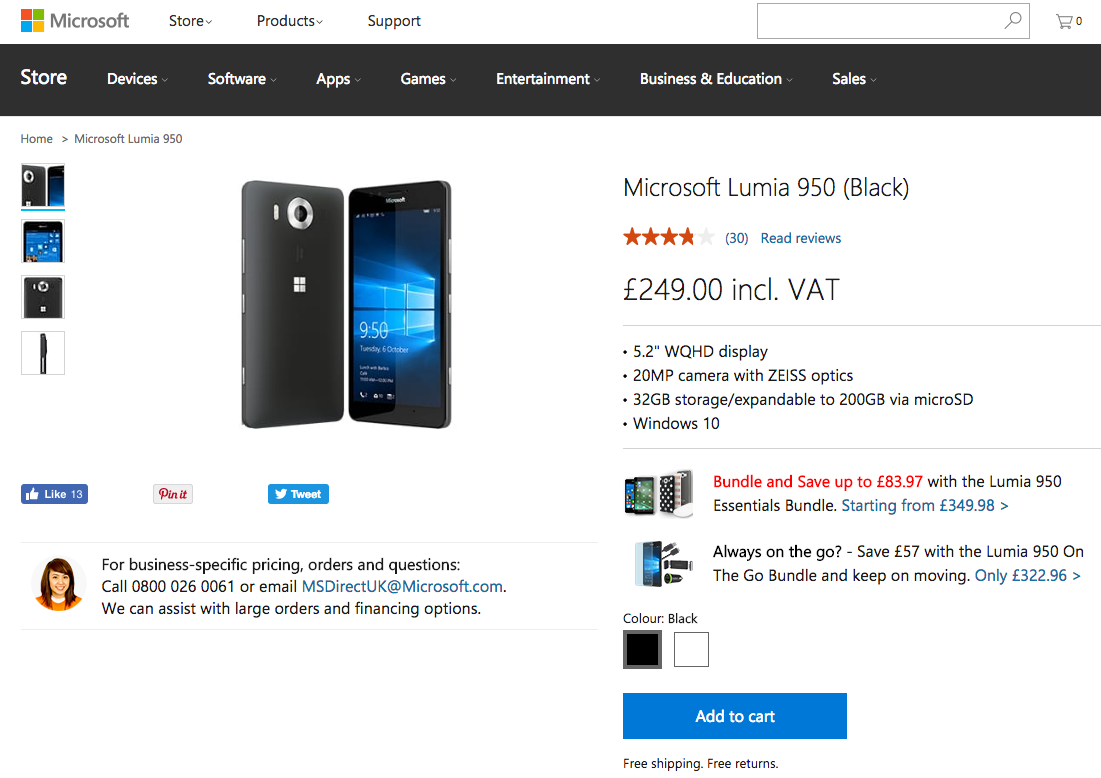 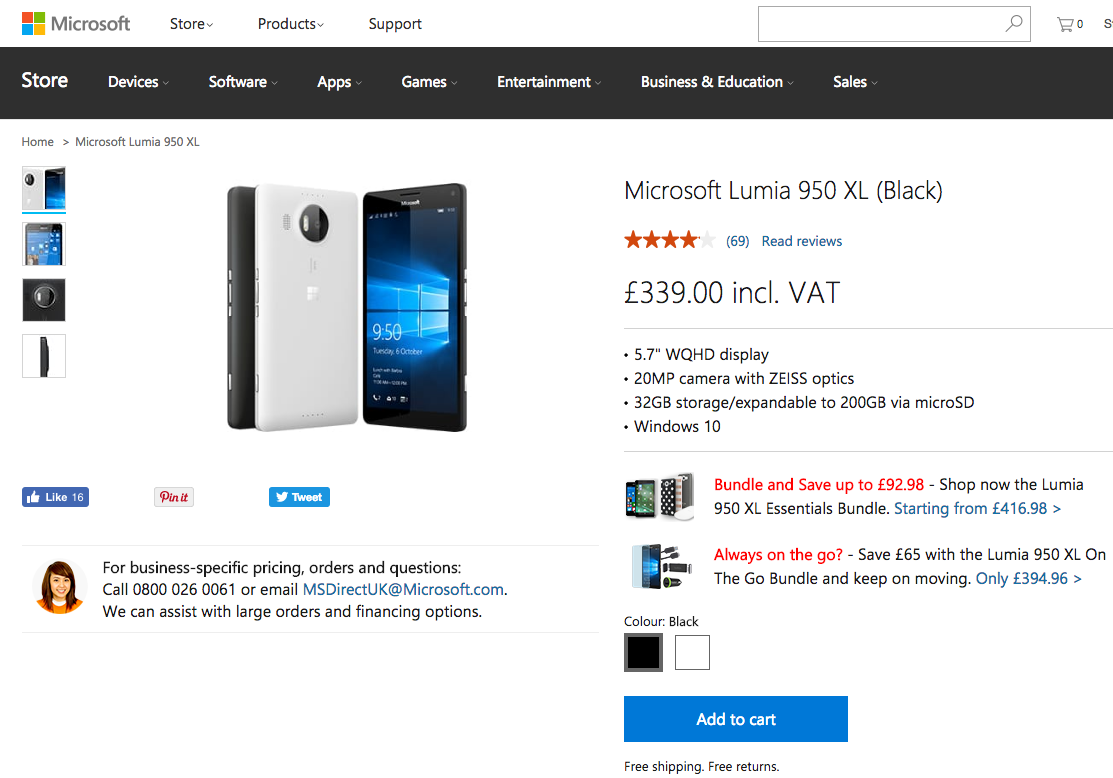 Terrific value, though it's not clear exactly what new users will see in Lumia Offers once they boot up their new phone. If indeed either or both of the year of Office 365 and the Desk Desk are offered, then the value for money factor increases even more dramatically. 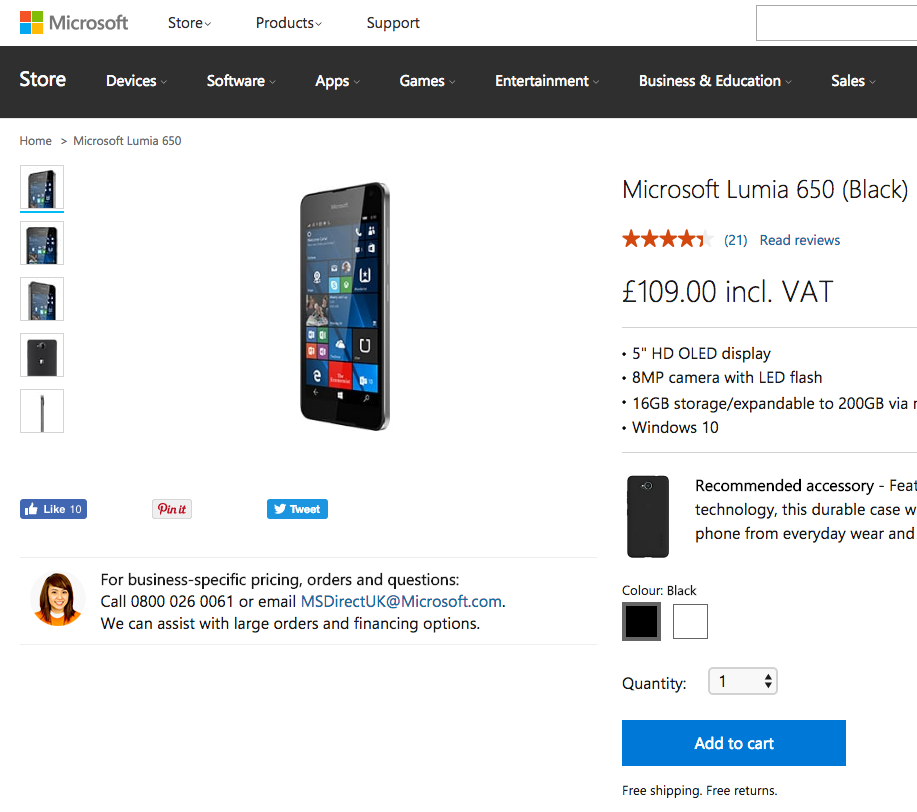 In short, if you've been on the fence about upgrading to the 950 or 950 XL then this is the push you've been waiting for. Consider that the Lumia 950 started at £499. It's now half the initial price (UK money). For a smartphone with an unparalleled camera and very decent other specifications, including one of the best screens in the world.