The premise of Hit Sense Audio is intriguing - tap and drum on any surface the phone is resting on and the accelerometers in the phone will detect the rhythm and play out the percussive sound effect of your choice. Except that there's going to be natural percussive thump anyway, so Hit Sense Audio is left looking and sounding a novelty at best.

E-Real Percussion instruments! Hit Sense Audio is the first in the World.

Tap anywhere on the surface where your device is placed on and start to play a percussion instrument or a funny effect.Like a magic! 12 Sound Effects: Drum, gong, typewriter, tambourine, bells... Hit Sense Audio can even detect your slightest taps.

Here's Hit Sense Audio in action, with a tutorial pane telling you everything you need to know: 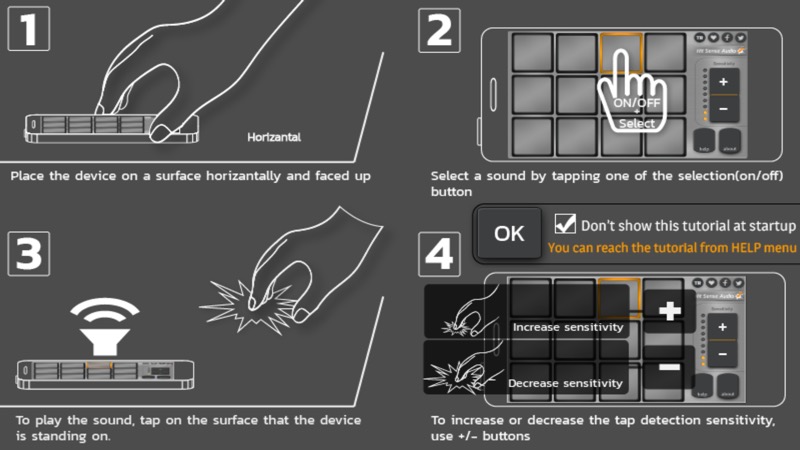 The theory is sound (pun intended), especially if the surface the phone is resting on isn't a natural 'drumming' material. Whichever of the pads shown below is selected gets sounded when the accelerometers detect movement, while you can adjust sensitivity (cutely but erroneously labelled as 'Sensibility' in the app!) using large +/- buttons: 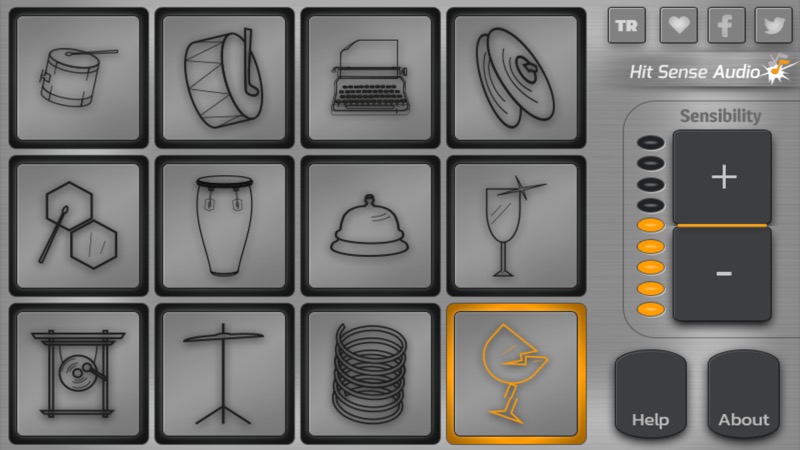 Unfortunately, Hit Sense Audio is utterly reduced to a novelty to entertain small kids by the random delays before the sound effects play - when drumming, even a delay of a few tens of milliseconds is perceived by the ear as 'off' and here delays can be anything from almost zero (i.e. instantaneous) to as much as a second - the very unreliability of the playback delay after drumming makes this useless in any kind of serious context.

Which is unfortunate and makes you question the raison d'être of Hit Sense Audio - err... why not just have the user tap the on-screen panels in the first place and eliminate much of the sensing delay and uncertainty? Why not, indeed?

You can grab it in the Store here. Curiously, the Store makes mention of in-app-purchases (IAPs), yet the application seems fully working. Maybe something for a future lag-fix update?