How to: get your Evernote content into Microsoft's free OneNote

Evernote has been something of a mainstay in the computing world for a decade, somewhere to stick miscellaneous notes and snippets that was accessible from any phone, tablet or computer. However, following Evernote's much publicised pricing changes (summary: you can only have two devices synced for free now - it was unlimited before), some people will be looking for something that's free and infinitely extensible. Google has its rather underdeveloped Keep utility/system, but Microsoft's OneNote is now arguably the leader in this space. And, as an ancillary feature to Windows and Office, has the right price, i.e. totally free.

Why am I mentioning this now? Well, I wanted to report that I'd now tried Microsoft's new 'importer tools' for Mac and Windows, each of which aims to be able to take your Evernote content and get it all neatly into OneNote's cavernous folder system. It does work, too - eventually! 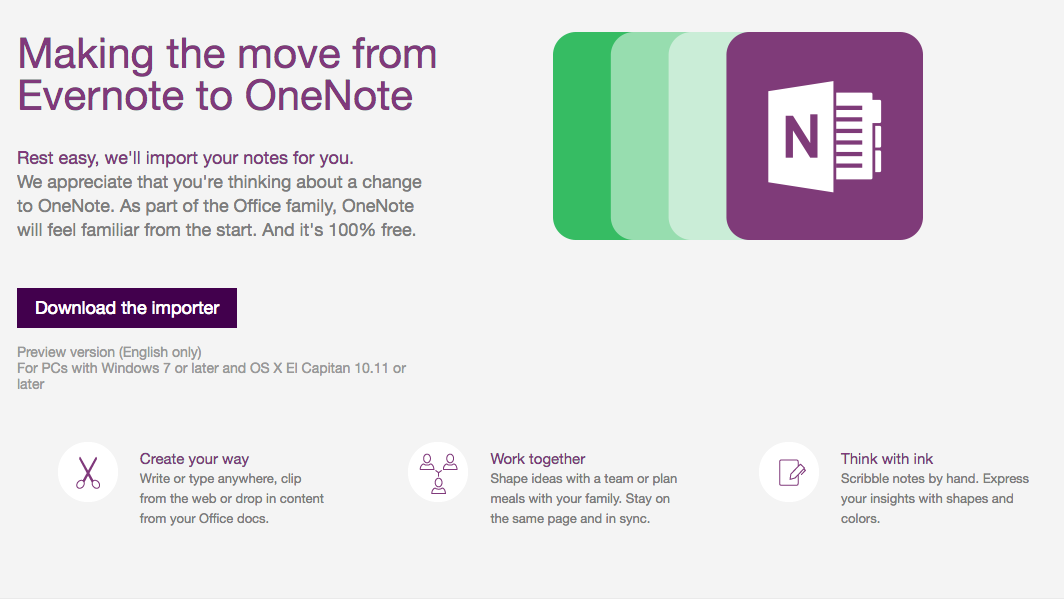 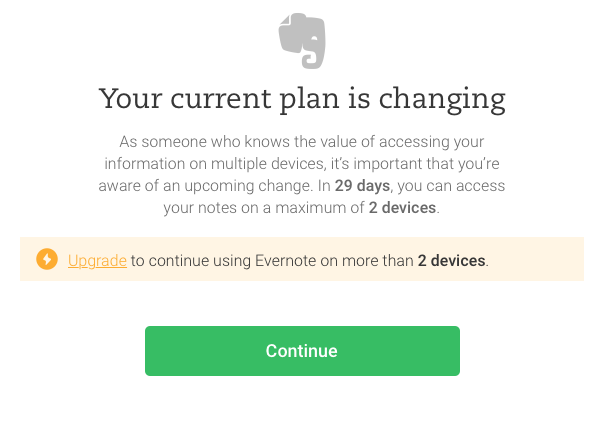 29 days to go before Evernote locks free users down to 2 devices. Gulp!

You can grab the OneNote Importer tool here, by the way. I'm going to cover the Mac version because the procedure is slightly more involved - I'm sure Windows users will have a simpler time of it!

You may find that you have to manually sync and/or wait and/or search for something that you know was in Evernote before OneNote plays ball and shows the imported content. Patience!!

It's a valid way forwards and completely free, of course, plus works across all devices and platforms. Comments welcome if this has helped you too.

Filed: Home > Flow > How to: get your Evernote content into Microsoft's free OneNote