Many of you will have seen Apple's launch of the iPhone 7 Plus yesterday evening - yes, it's iOS, but its camera is noteworthy - in part because its technical breakthrough owes a lot to a certain ex-Nokian, Ari Partinen, who moved to Apple a couple of years ago. Yes, I know that Apple has a big imaging team, but my suspicions that Ari played a significant part in Apple's new camera system were confirmed when the man himself retweeted me during the night (i.e. day time in San Francisco).

With the iPhone 7 Plus having OIS, 'optical' zoom and quad LED flash, I have a sneaking feeling that Apple may be taking an imaging lead 8-)

So this was retweeted and 'liked' by Ari, I suspect that it's rather glad that this project is now out in the open. He'd previously been a driving factor in bringing 'Living images' from Nokia to Apple and now this dual-optics system seems set to take zooming, at least, to the next level in smartphones.

In case you've been living under a rock, the Apple iPhone 7 Plus has two 12MP camera, but unlike other manufacturers clumsy attempts at doing something similar (LG, for example, had the second camera be a wide angle lens, Huawei went for snapping two photos from the same optics and trying for refocus effects, or by making one sensor black and white), one of these cameras has a 2x 'telephoto' lens, meaning genuine 2x zoom, though of course the sensor behind this lens will be slightly smaller than traditional 2015/2016 flagship sensors. 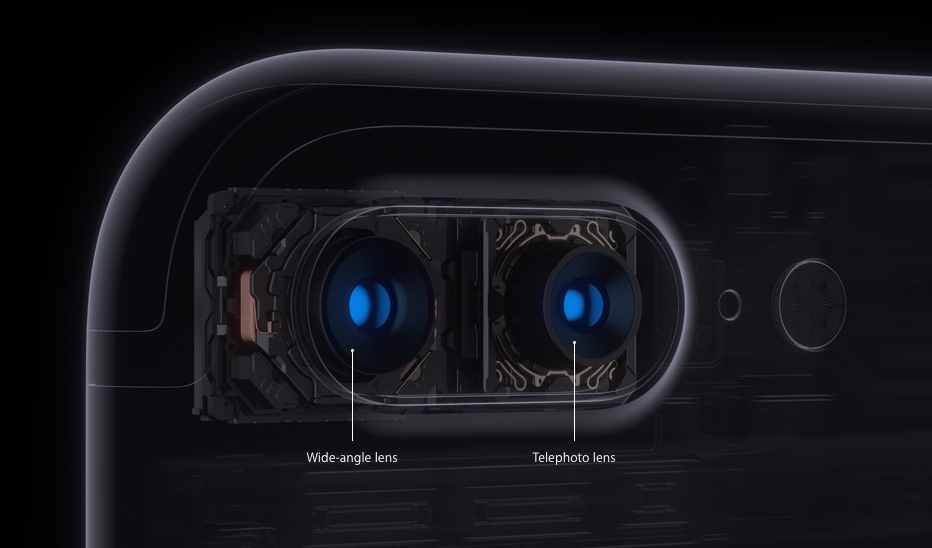 This two-lenses approach to phone camera zooming is one that may even be licensed from Corephotonics, who have been touting this system around trade shows for a couple of years. It's certainly interesting and should provide better results when zoomed than the half-hearted effort in Windows 10 Camera, while at least equalling those from the older Lumia 1020 with its 41MP sensor.

All very interesting indeed - I'll have an iPhone 7 Plus in for testing next week and I'll be sure to do a number of comparison features with the best of both Symbian (Nokia 808) and Windows Phone (Lumia 1020 and 950).

Filed: Home > Flow > Apple strike out in imaging with the iPhone 7 Plus and ex-Nokian Ari