Windows 10 Mobile 'Redstone', a.k.a. the Anniversary Update, marches on with more fixes and tweaks. As it will carry on being tweaked, month after month until some time early in 2017! (When Redstone 2 comes out) Today we have build 14393.105 available to anyone on the usual Insiders 'Release Preview' ring - which is the most stable and sensible place to be in terms of a compromise between features and fewer bugs. This build consists entirely of bug fixes, and is likely to roll out next week to 'production' status devices. 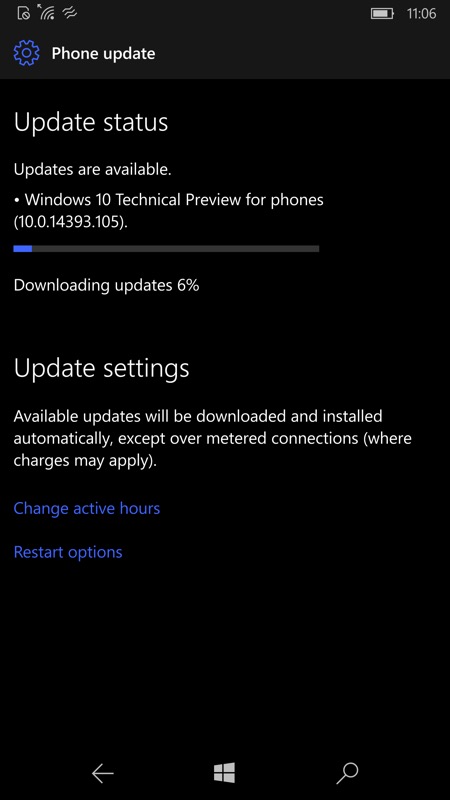 There's no 100% official changelog for 14393 build 105 on Mobile as I write this (though the universal points below probably apply), so I'll just hammer it myself and see if there are less glitches - you all know my favourite gripes!

Shout if this is better or worse for you too.

The Fast and Slow rings are (or about to be, in the latter case) somewhat unstable given that they're running the next major branch and that this is quite early days. If this is your main smartphone then definitely stick to this, the 'Release Preview' ring.

As usual, these builds are available to anyone with a compatible device (think Lumias 550, 650, 950 or those upgraded official, according to my original chart).