Despite Microsoft's over-arching vision with Microsoft Health (available on every platform, data available to your health providers, yada yada), it seems that the only people seriously using the application itself were those who owned a Microsoft Band. So, in something of a capitulation, or perhaps view it as a downscaling or rationalisation, Microsoft Health has been officially renamed just... Microsoft Band, i.e. it's essentially the companion application for the accessory.

The Microsoft Band 2 (above right) was a huge improvement over the original (above left), I reviewed it here. And I still wear it occasionally. But therein lies the rub - as with all other wearables other than the humble single-purpose Fitbit, there doesn't seem to be the compulsion as a must-wear accessory. It's not just the Microsoft Band, the 'smartwatch' space has been a bit of a damp squib across the world, with even the Apple Watch struggling in terms of global sales.

The renaming of Microsoft Health is more a blow to Microsoft's ambitions for Health as a service - Apple and Google have similar wide-ranging initiatives and, to my knowledge, none has taken off in terms of adoption outside of the tech world.

If you check for updates in the Store you should see this and will then have just 'Microsoft Band' in your applications list. 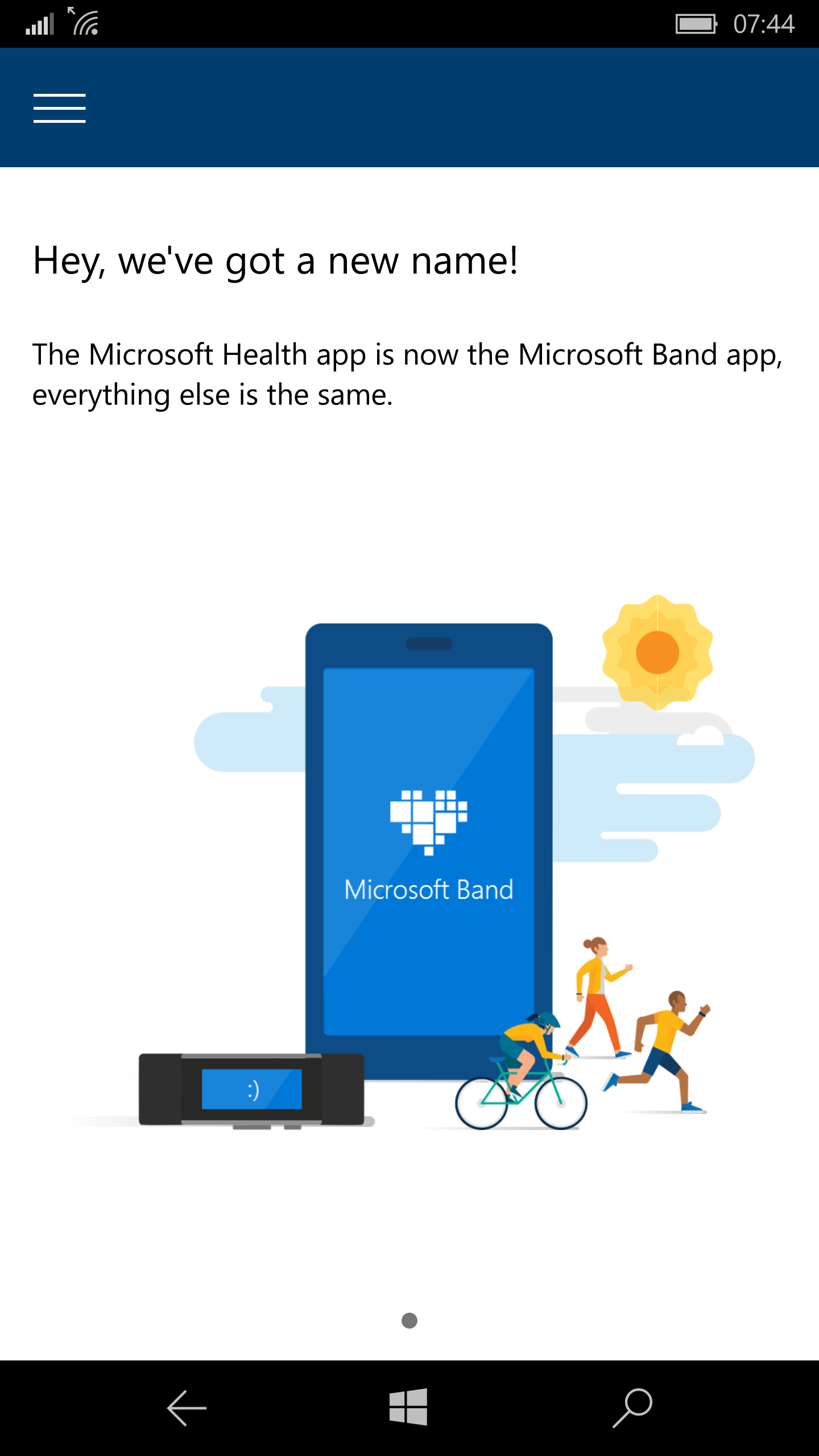