For those whose smartphone is currently tracking Windows 10 Mobile 'Redstone', a.k.a. the Anniversary Update and its developments, note that there's a new OS build available now over-the-air for the Insiders 'Release Preview' ring, taking you up to 14393.221. 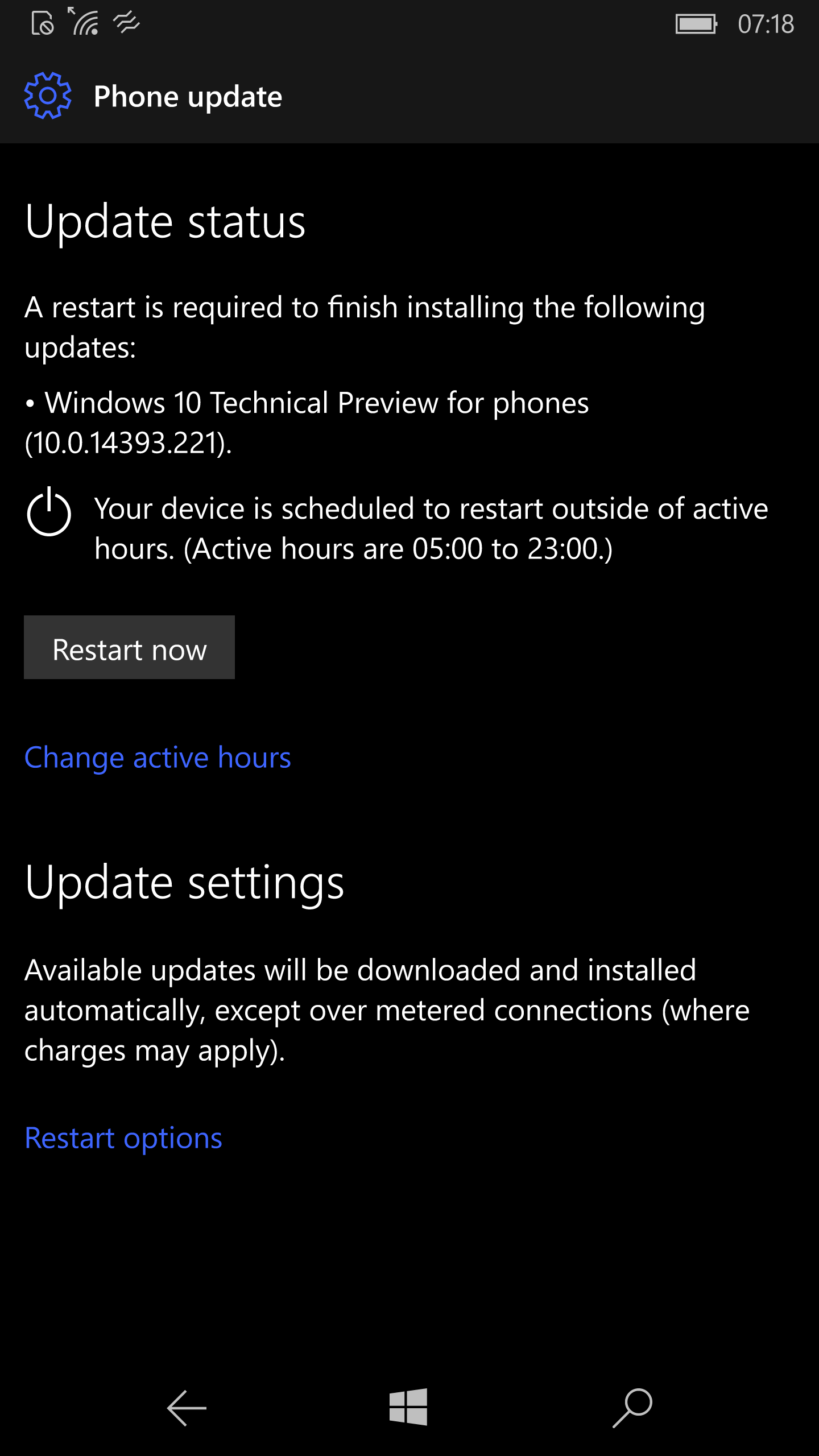 Thankfully, there's now a changelog of sorts, common to both PC and Mobile:

As usual, these Insiders builds are available to anyone on the Insiders programme, and with a compatible device (think Lumias 550, 650, 950 or those upgraded officially, according to my original chart). The Release Preview ring is definitely the one to be on, since the Fast and Slow* 'rings' are (or are going to be) deep in early-beta 'Redstone 2' land for months.

* In fact, as with the previous build (.187), the 'Slow' ring Insiders also seem to be being pushed this build, but this is a temporary situation - as soon as Redstone 2 is stable enough, 'Slow' ring Insiders will be automatically bumped up. So being on the Slow ring now is a bit of a 'Do I feel lucky' situation!