Google Maps on Windows 10 Mobile - though not Navigation?

Don't get too excited, this isn't an about face by Google on the apps front, the oddly named 'Maps App Discovery' is a new UWP app for Windows 10, effectively bringing the basics of Google Maps to Windows 10 Mobile-running smartphones in a full, poilshed UWP app that runs on phone, Continuum and laptop/PC/tablet. So we're talking maps, live traffic, Street View, terrain and so on. But definitely not the routing and navigation functions. There have been Google Maps API clients before for Windows Phone, but I think this is the first to be built for Windows 10 as a UWP app?

Here's 'Maps App Discovery' in action on my Lumia 950 XL: 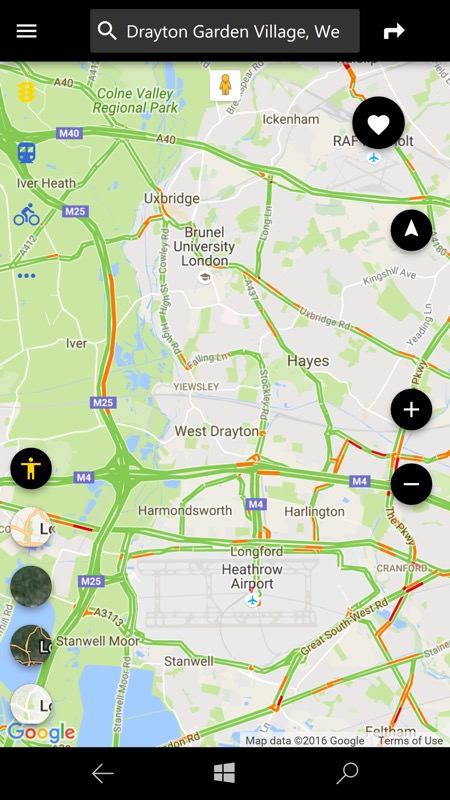 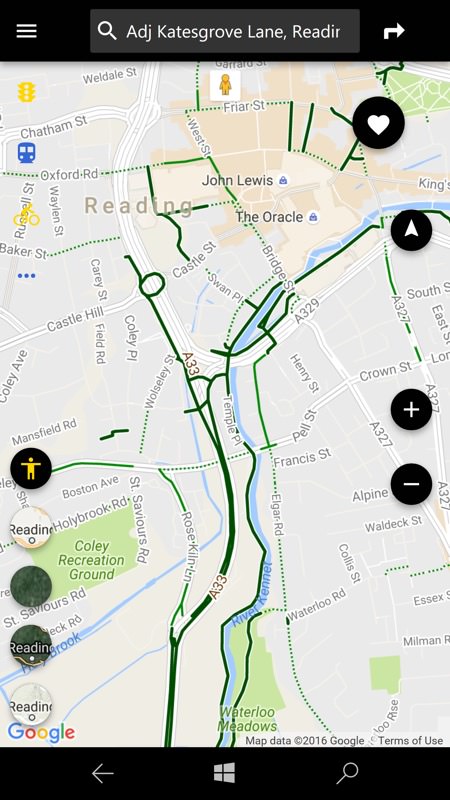 The interface is kept simple, with three layer controls near the top left, for traffic, transit and cycle routes (above right) 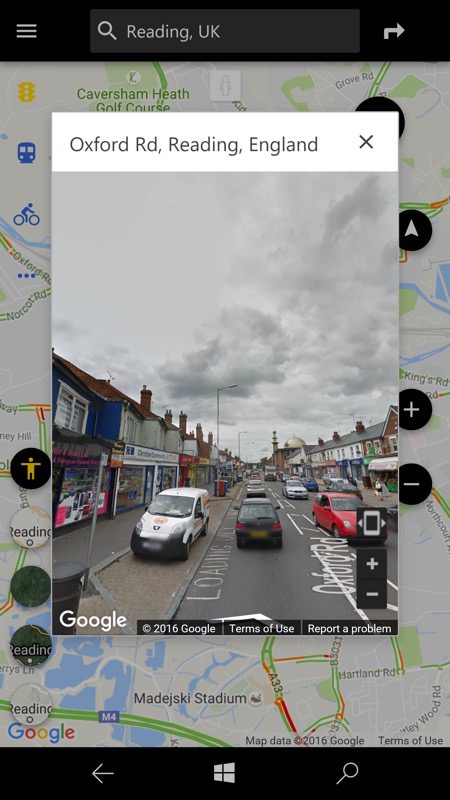 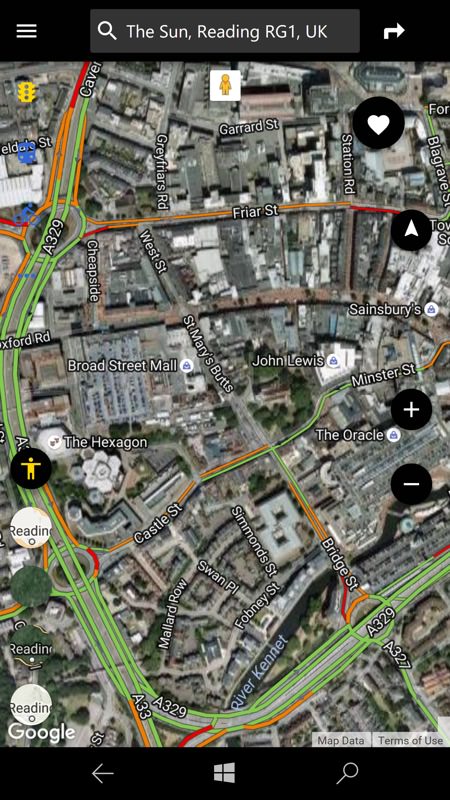 Dragging the little Street View man down to any point brings up the famous Street View and you can then pan around. There's also a 'Street View' control on the left, which shows the scene at the centre of your map view; (right) 'Hybrid' mode has the main roads overlaid on the Google Earth satellite view. 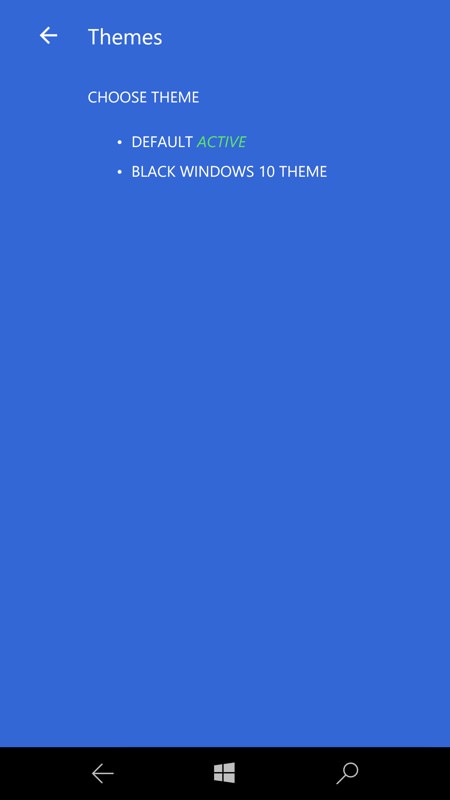 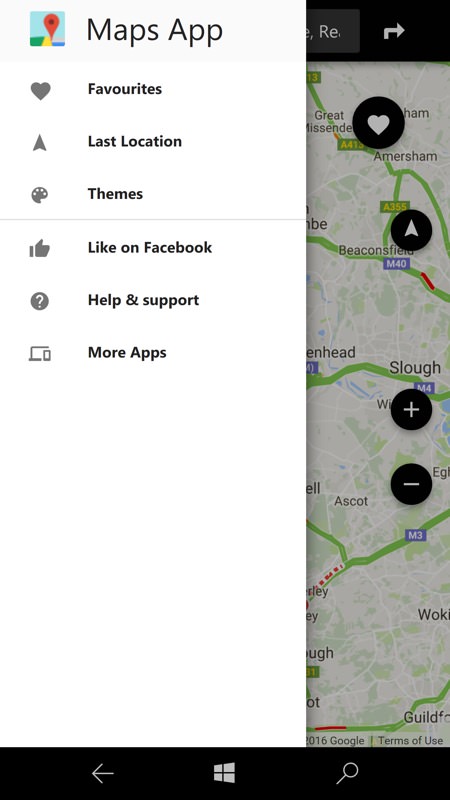 The controls are themable, I've gone with dark for most of the above, though the main maps always shown in white, probably a design choice from Google? (right) The hamburger menu won't be used much, no doubt extra settings and options will appear here in time.

And, just to prove the UWP app credentials, here's the app and the Continuum (secondary display) in action: 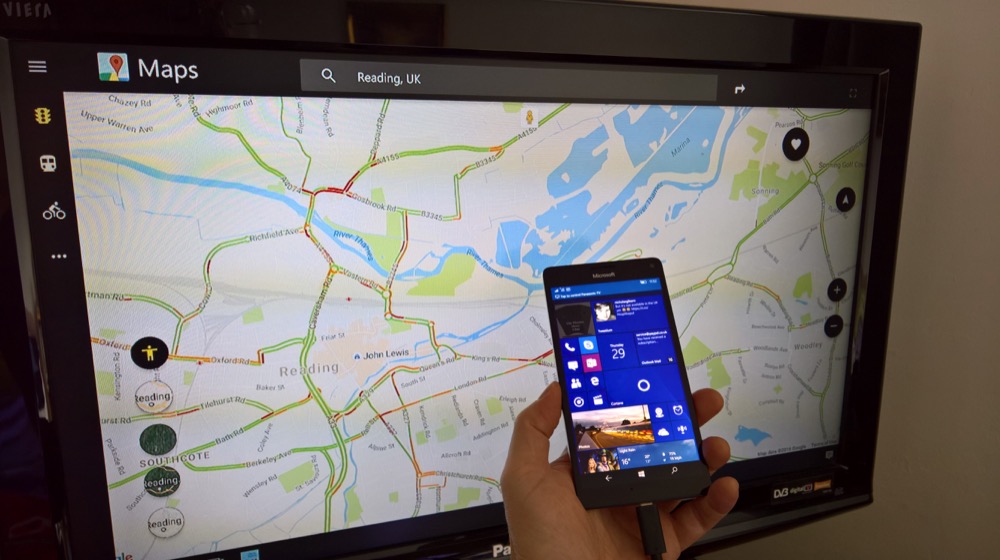 You can grab Maps App Discovery for free in the Store here. Give it a try!