Well, no one saw this coming - Windows 10 Camera, build into every phone (included those upgraded to Windows 10 Mobile), is getting a much face-lifted UI, with the first availability on 'Fast ring' Insider devices (and now for all other rings and production, apparently). The main change is the promotion of the self-timer function to the main UI toolbar, plus there's also now an on-screen zoom confirmation slider/control.

Anyone on the Fast ring can see this update in the Store right now, and of course this will roll out to Slow ring, Release Preview ring and production devices within a few weeks, once Fast Insiders have kicked the tyres.

Here are the UI changes: 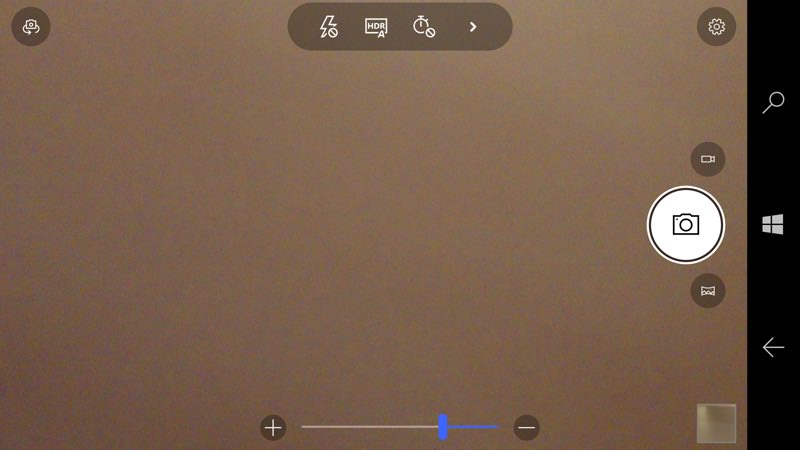 Working clock-wise from top-left, the 'switch cameras' function is relocated; 'timer' is now promoted to the UI control bar; 'Settings' is now a full icon and not just '...'; the Camera roll shortcut is now bottom right and a square rather than a circle; and swiping on screen doesn't just actuate zooming - you also get an on-screen indicator - and this is also directly usable as a control, try tapping on it! 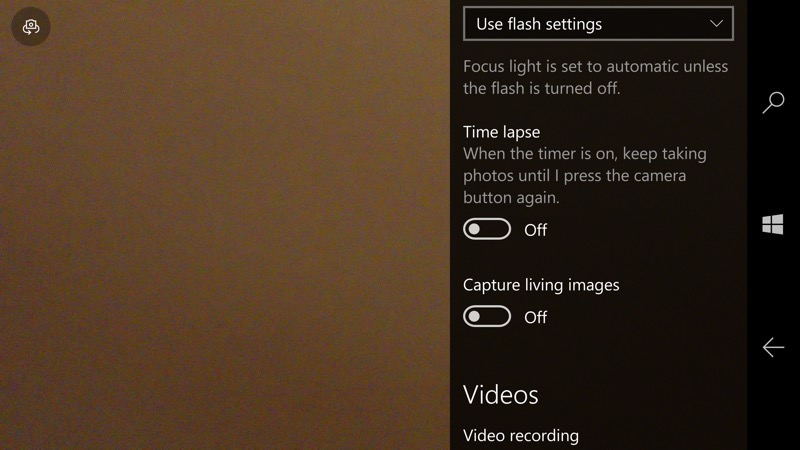 Buried in Settings is a 'Time lapse' function, working with the 'Timer' main control to keep on snapping, with your phone presumably on a tripod!

Comments? This is more than a facelift and very welcome - the on-screen zoom control is in addition to the intuitive 'old style Nokia' gesture, so you get the best of both worlds. And I'm looking forward to trying out the time lapse function - this does away with the need for a separate, third party application.

There's nothing techinically different under the hood, by the way, all the image processing is identical. As you might expect, given that many of the original ex-Nokia team have now left the company - I do worry that there's enough expertise left at Nokia to do much with performance, especially given my positive comments about what Google is doing yesterday.