Gameloft are back with a bang in the Windows 10 Mobile (and WP 8.1) world. Which means high production values, a deep storyline and online possibilities, backed up Gameloft's servers. It also means insane levels of freemium purchases, but then you knew that when I started with the company name, right? In this case you're building a camp in a world overtaken by zombies, the screens below should give a good idea of the gameplay, though see the video below too, if you have (ahem) almost two hours to spare - a YouTuber takes you through the game in real time. You may wish to skip through it somewhat!

Do you have what it takes to survive hell on Earth?

Begin a desperate struggle to survive an apocalyptic world full of danger and opportunity. Gather skilled survivors to your side and unite against relentless attackers – both living and dead. Scavenge in the city, wage war on infected zombie camps and take what you can from other survivors. When humanity falls and the dead rise, you must do whatever it takes to survive in this apocalyptic combat-strategy game.

COLLECT SURVIVORS - Each survivor has a unique ability and backstory to discover. From the enigmatic Kane to the bow-wielding Rosie, not everyone is what they seem.

DEFEND THE CAMP - Resources are hard to come by in the apocalypse. Keep your food and gas safe with Watchtowers, Flamethrowers, Tesla towers and more!

DEFEAT ENEMY PLAYERS - Form devastating scavenging teams and raid rival players from around the world to steal their precious materials, amass victories and climb your way up the leaderboard.

WIPE OUT THE DEAD - Exterminate zombie-infested camps in tactical missions and shoot the dead in the Zombie Hunt mini-game to unlock rare items and special weapons.

OVERCOME THE APOCALYPSE - Master a new layer of strategy as you control your survivors’ moves during raids and make tactical use of their abilities to keep them alive.

BECOME A LEGEND - Scavenge resources and rare items to upgrade your buildings and survivors. Create the ultimate camp and become the envy of the waste!

Here we go then, Zombie Anarchy - it's a lot better than most Gameloft releases, but just be aware of the heavy resource/currency/freemium angle. Gameloft are looking to make as much money from you as possible, all the while you're trying to slay as many zombies as possible and accumulate as many resources as you can! 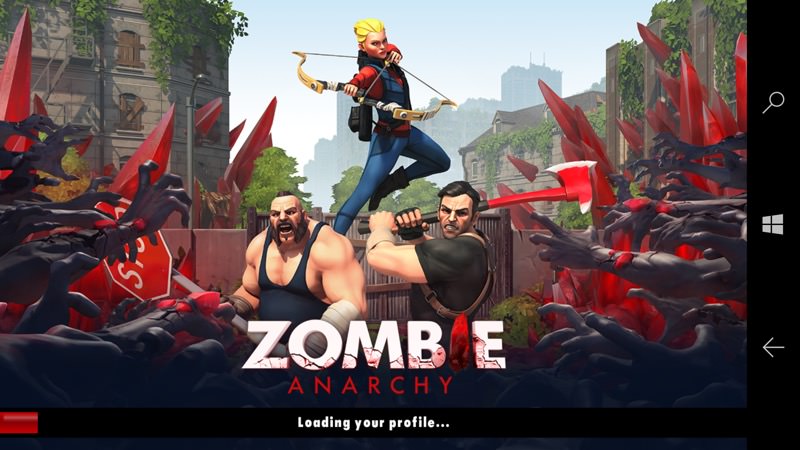 Yeah, you get the idea, slaying zombies with an axe, bow and whatever else you grab. Except that this is as close as you get to the action, since in the game it's just small sprites most of the time. 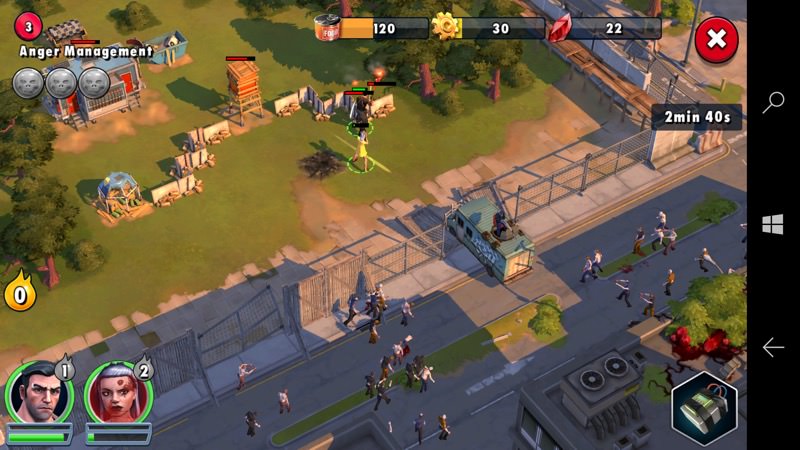 A typical action scene in isometric 3D - zombies incoming (tiny but with a very recognisable walk), plus characters on-screen who will attack whatever you tap on. Also note that the van is used to spray firewpower in a nod to tower defense games. 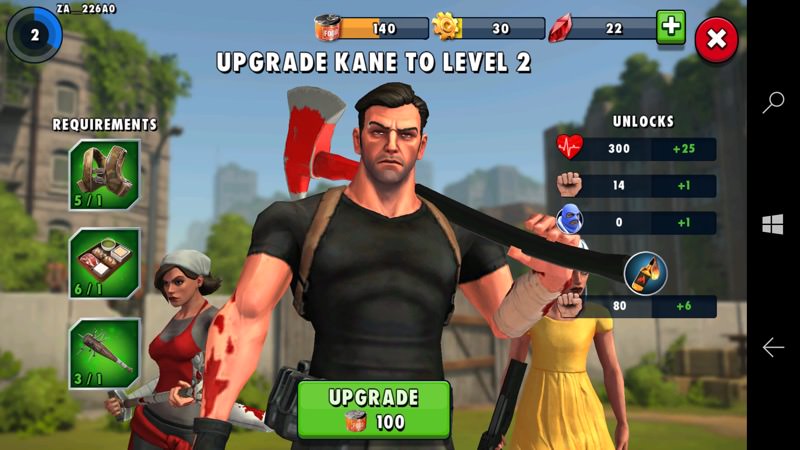 The stats on each character are complex, but essentially you upgrade them level by level - and yes, this requires various in-game currencies to achieve. Some of which you win in gaining 'Victory' in each game scenario. 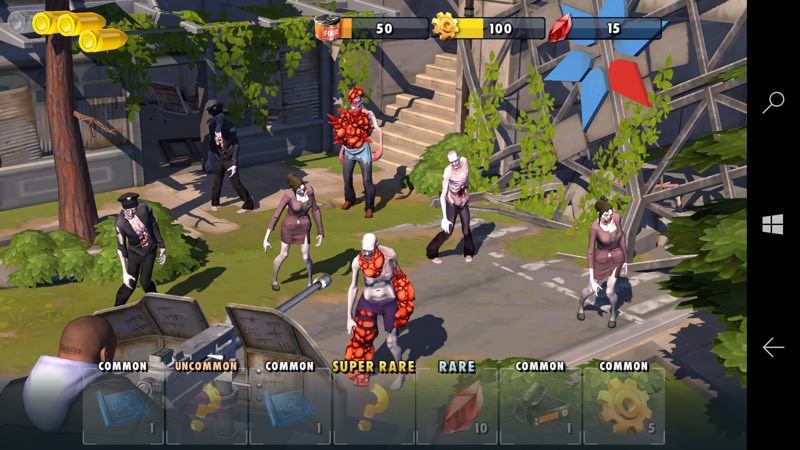 You also get a gratuituous mini-game between isometric levels, in which you spray zombies with machine gun fire and reveal resources that each are hiding. Just an excuse to see a little more blood and destruction... 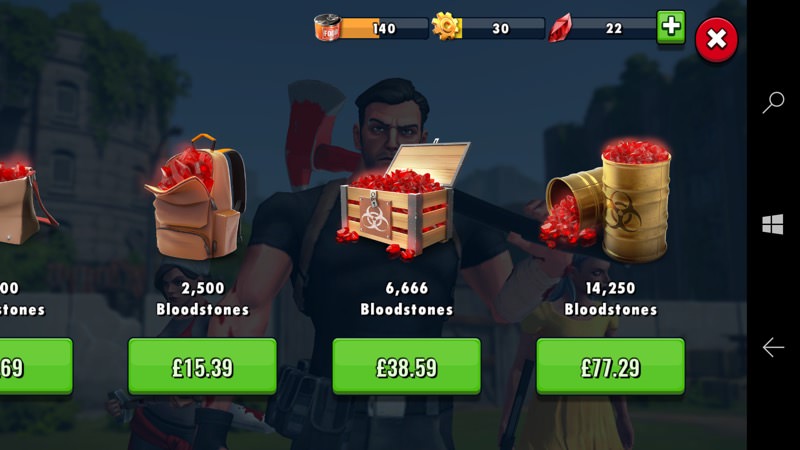 Aha - here come the in-app-purchases. I'll repeat for the umpteenth time that there's zero excuse for these levels of expense. They're only there to trap the unwary or kids using a parent's phone and knowing their password, I think. Simply crazy. 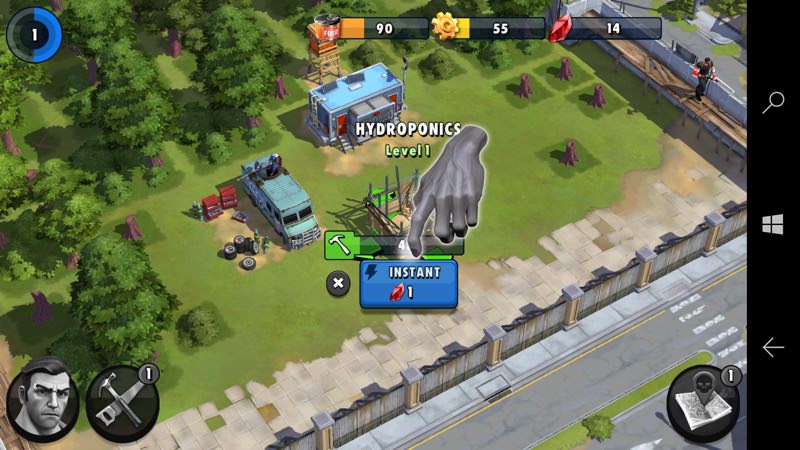 Mixed in with the RPG-like combat, there's also a building game, with typical structures, build costs and delays while things get erected - or, again, you pay to have them completed 'instantly'. 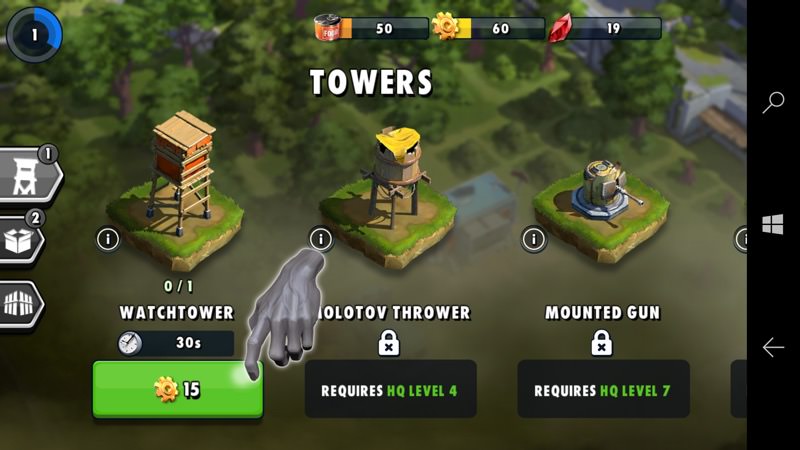 Plus you pay to buy the structures in the first place, here various defenses against zombies and other marauders.

You can grab this in the Store here. Zombie Anarchy isn't terrible - it's actually a well done mash-up of a number of other freemium game genres. Note that the first half hour with the game is rather on-rails though, since you're led through what to tap on and when. Talking of which, here's that video I promised: