It's a fair cop, since discovering Diarium UWP I've been on a quest to see what else the developer has created. And here, for both Windows Phone 8 and Windows 10 Mobile, is AroundMe, a rather delightful world explorer, as seen through the eyes of Flickr, 500px and Panoramio users.

Yes, there's Google Street View, and similar 'Streetside' photography in Windows 10 Maps, but they're focussed on roads and buildings and people are blurred out, whereas here you get everything - in theory. Characters, objects, landscapes, animals, whatever people happened to shoot and upload across all three photo sharing services.

You want to see what pictures have been taken around you? Or is there any spot in the world you want to discover through pictures?

With AroundMe you can easily navigate to your destination of choice on the map and load pictures taken there. 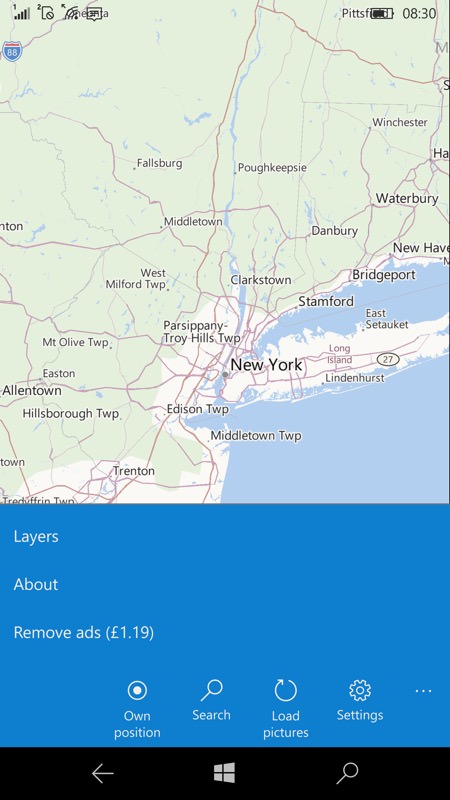 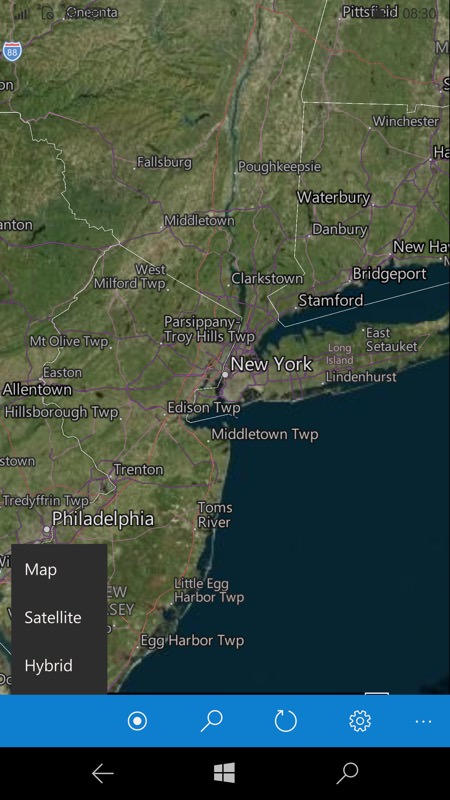 Using map and aerial data from Windows 10 Maps, there's the usual choice of layers, but the magic doesn't happen until you tap on 'Load pictures'... 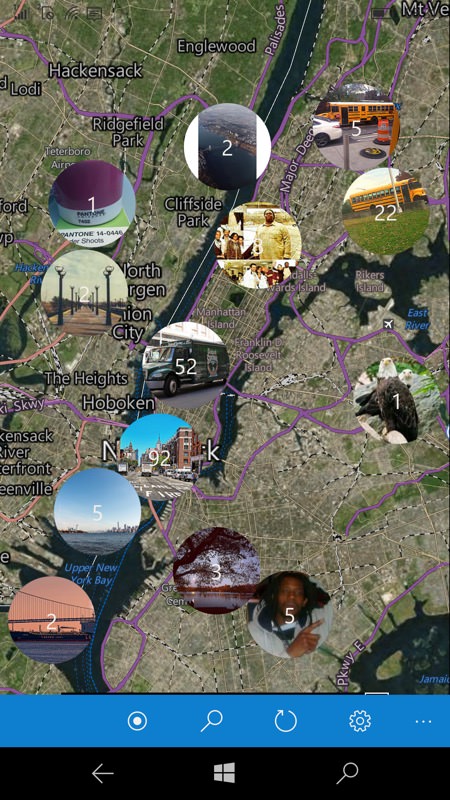 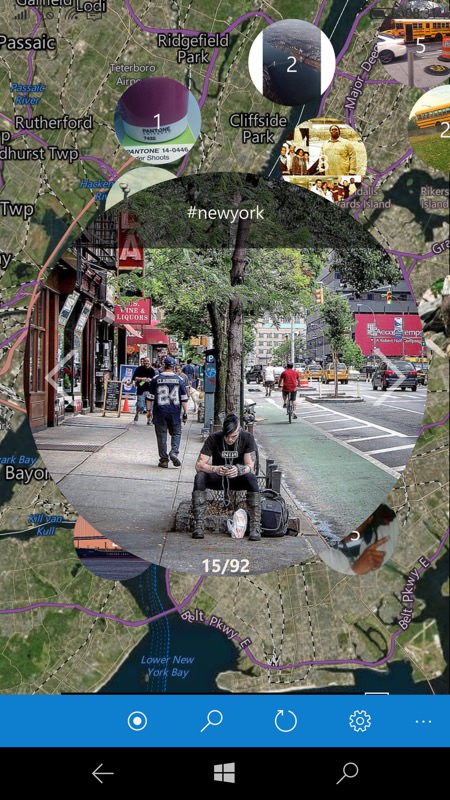 ...whereupon thumbnails appear around your map centre, with numbers indicating how many photos are available at each location; (right) tap on any location to start viewing the photos, with left and right taps to cycle between all images there. 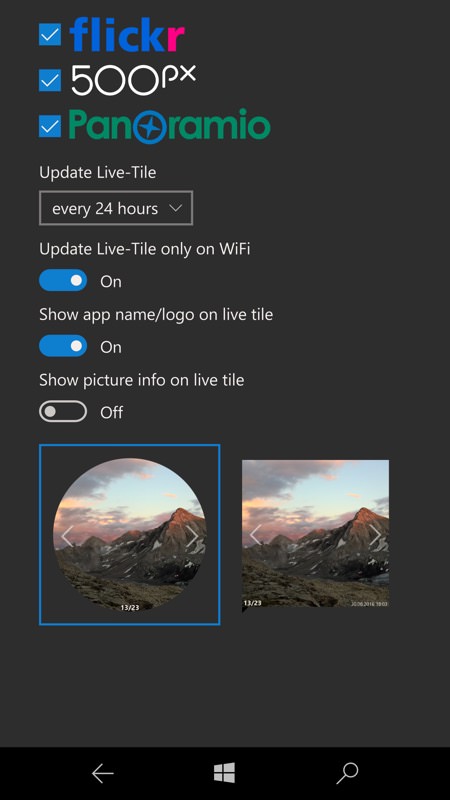 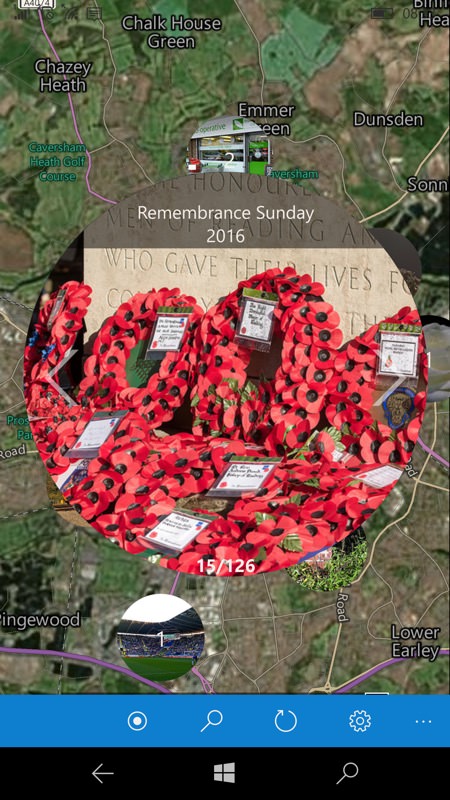 You can deselect any of the image sources if you so wish (though the numbers seem about right as-is) and choose between the circular viewing style above or a square format, below. 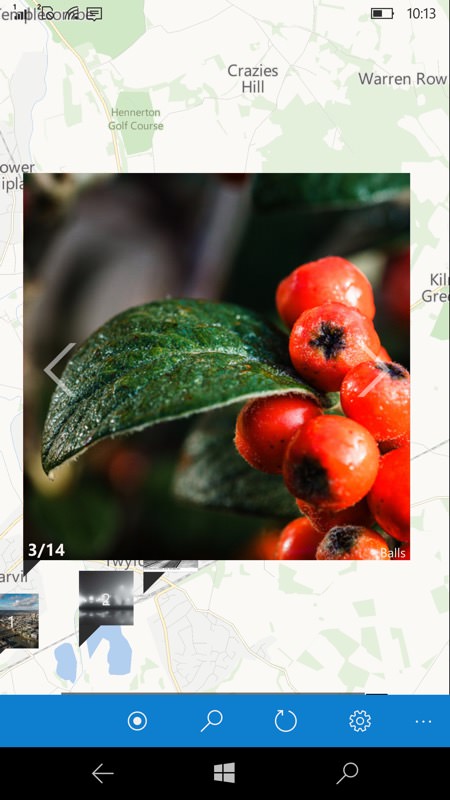 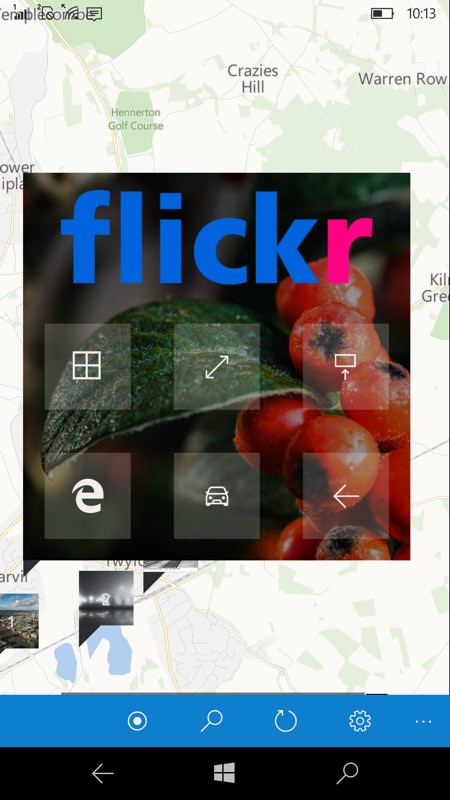 With any image on-screen, tapping it brings up further options - top middle switches to full-screen, as shown below, left. 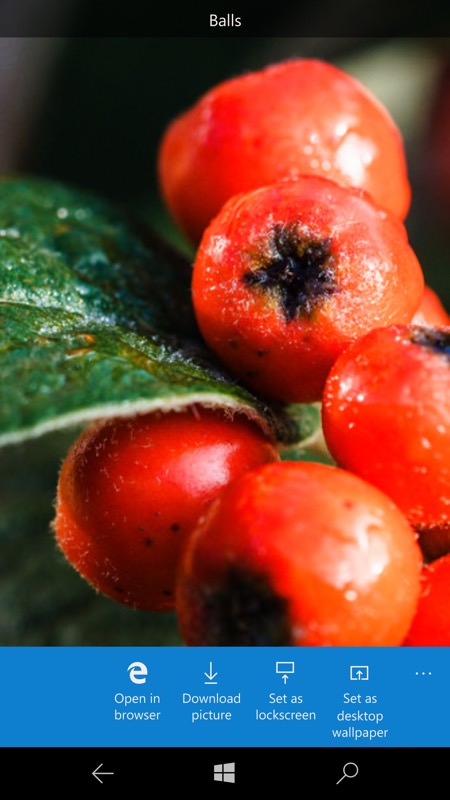 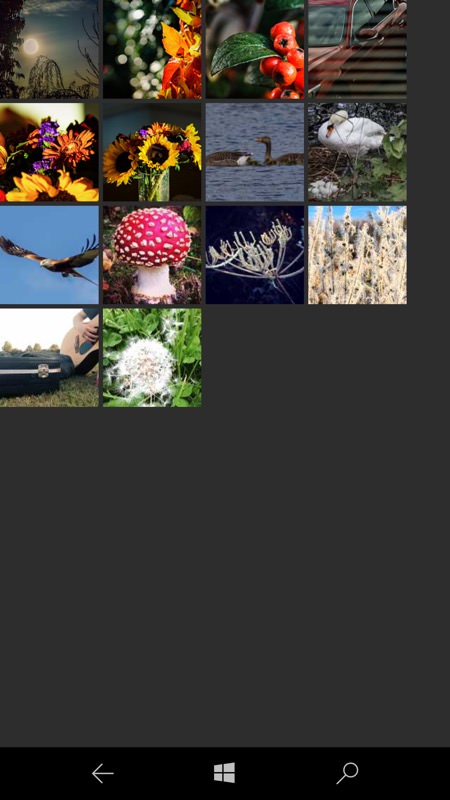 Handily you can grab the photo to your phone or even set it as desktop wallpaper or lockscreen directly; (right) another option is to view all photos at that location in grid view, again tapping through for more details. 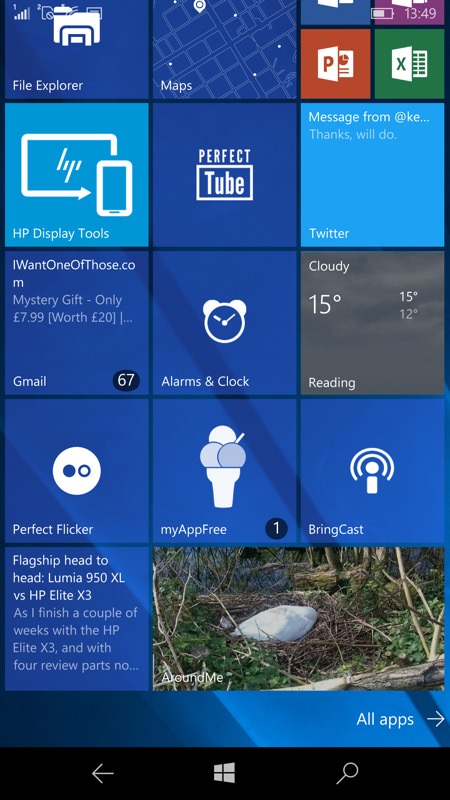 There's a live tile cycling through recent photos (from near your location?) - I had problems getting this to start animating, but the OS started kicking it into gear after an hour or so!

All rather delightful - the only real caveat is that you have to tap to scan/load pictures after any reframing or zooming, but then if they were to be auto-loaded all the time I can see that the data and processor load could get quite high, so I can see why the interface is as it is.

You can grab AroundMe here in the Store for any Windows Phone. In theory, you can pay in the app to remove ads, but there don't seem to be any, so consider the IAP to be a donation if you like AroundMe. I really like what this developer, Timo Partl, produces, so let's give him some support.