How to: suggest changes to Windows 10 Maps

New in Windows 10 Maps (currently for Fast ring Insiders, but this will be rolled out to everyone on the platform within a couple of weeks) is the ability to directly submit places of interest or to report problems with the map, e.g. in your local area. Below, I show the two main things you can do.

New on the '...' menu is 'Suggest change', replacing the old 'Send feedback' - as it happens the latter is still there, but two more specific options are pushed up on a little pop-up menu: 'A place is missing' and 'The map isn't accurate'.

I had two corrections to add/make in my own area, here's a quick walkthrough: 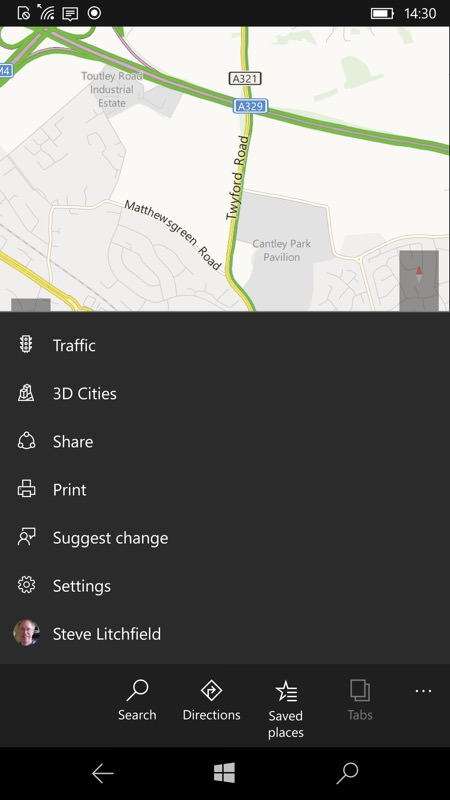 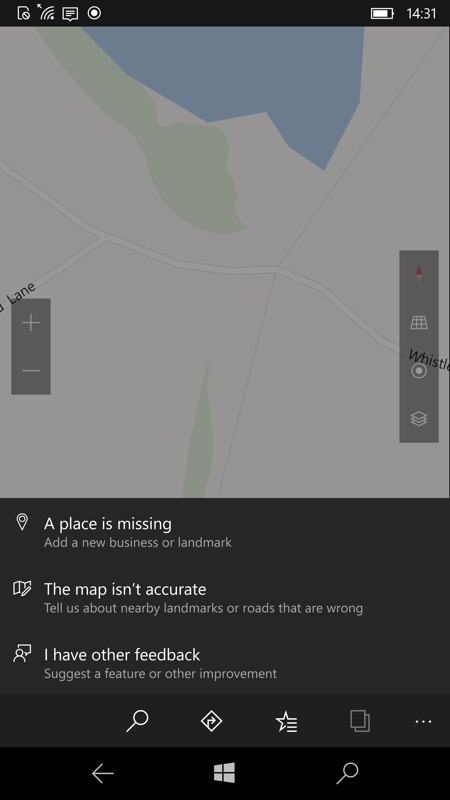 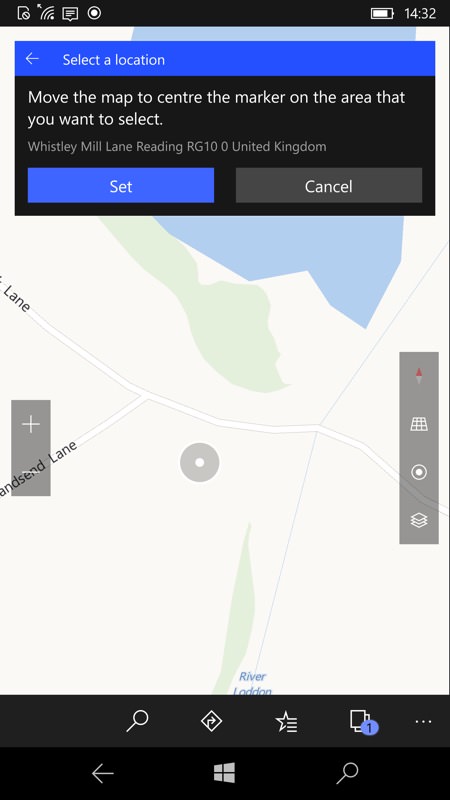 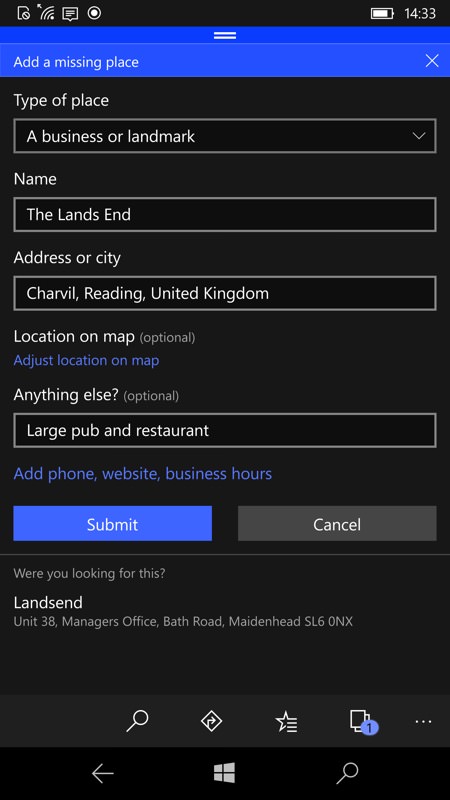 I'm asked to use my finger to pan the map around the central marker until it looks about where the new place is located, I tap on 'Set' and I'm into (right) a form to supply more details. Slightly oddly, despite having set the exact location, I'm still asked to fill in the 'Address or city' - maybe this is used to aid searches by others in the future? 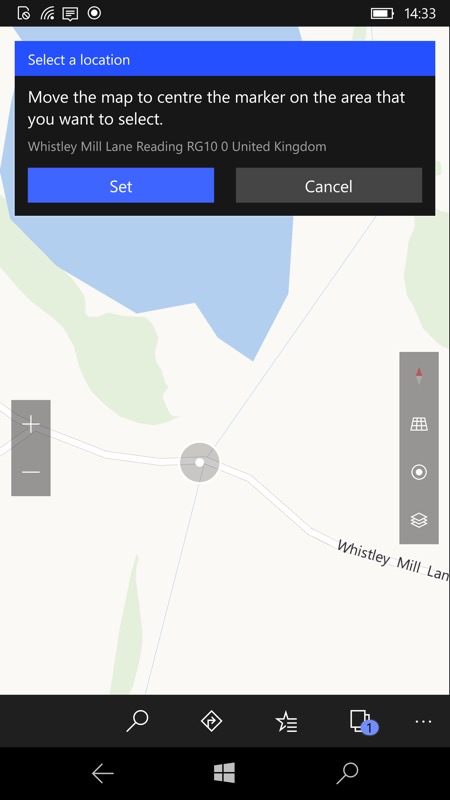 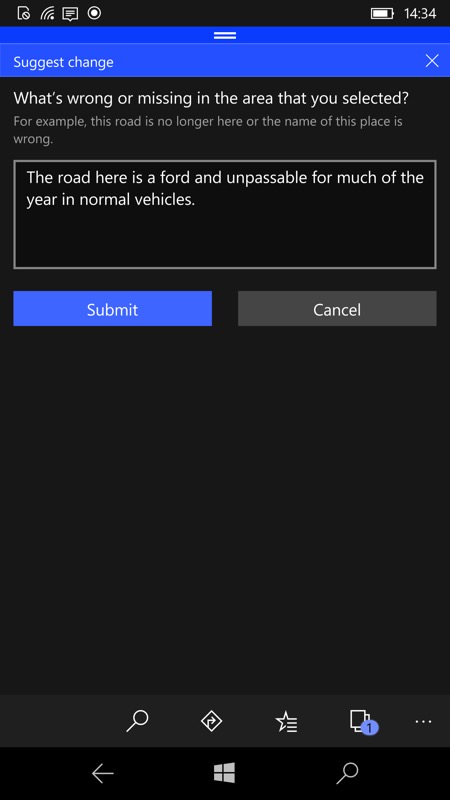 Now, I'm going back to 'The map isn't accurate' - this time I pick a spot where the road and river meet - it's a ford and a known 'stay away' point for much of the year. So I'm reporting it here, I pan the map as needed around the marker and then submit an explanation of what's wrong. Then 'Submit' and I'm done!

A useful facility - though it does need human attention at Microsoft's end to approve and publish (or act on) each change - so don't expect an instant response by the Maps team. Still, I live in hope!

Why not get submitting details that are wrong or missing in your own neighbourhood?

Filed: Home > Flow > How to: suggest changes to Windows 10 Maps