It's a fair cop, I used a Star Wars prequel name in the title to attract attention. But it's relevant - you may remember that the first Star Wars prequel was all about trade agreements and commerce (with a little light sabre action here and there to fill in the gaps)? Then cast your mind back to the world map-centric Risk strategy game - Golden Age takes the latter and fashions most of the numeric action around trade and diplomacy. Will it thrill you or grab you? Either way, it's a rarity, a full Windows 10 UWP game and it works even better on larger screens (e.g. Continuum) than  it does on the phone.

Golden Age is an offline turn-based strategy game for one up to five players. It combines the advantages of a board game and a computer game.

Aim of the game is to create a global trading empire. The players have to deal with their finances, can create monopolies, conclude trade agreements or declare war on each other. Computer players complete the number of players and provide additional dynamics on the playing field.

You can interrupt and continue the game any time. So it is also an ideal travel companion on smartphone and tablet.

Here's the game in action. Well, I say 'action', we're not exactly talking grenades and nuclear weapons and 3D combat here(!), this is warfare of a different kind and from a different age (hence the title): 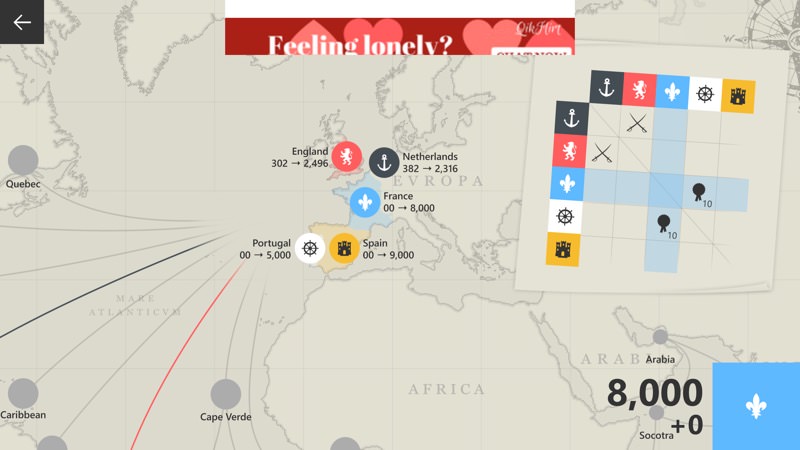 Part of the world map with a game in progress - the grid keeps track of each player/nation's state and relationships with each other player/nation.... Note the banner ad - you can remove these with a small in-app-purchase. 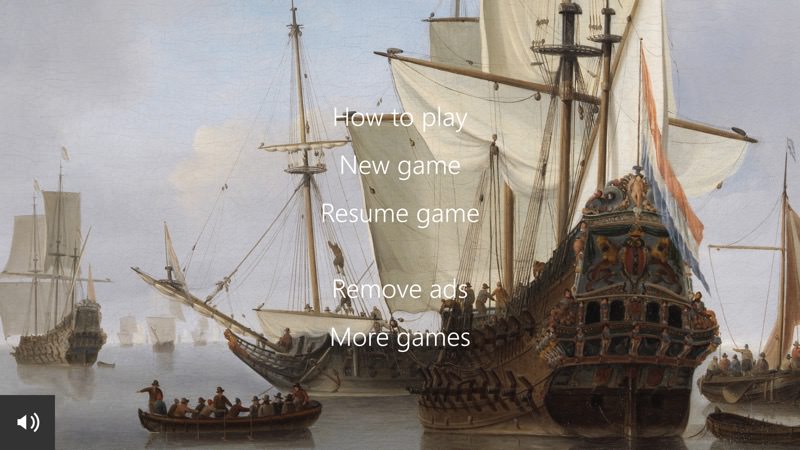 The opening menu in Golden Age... There's the option to resume an existing game, but you can only keep one of these on the go - opt to go 'New' and you overwrite the saved one. 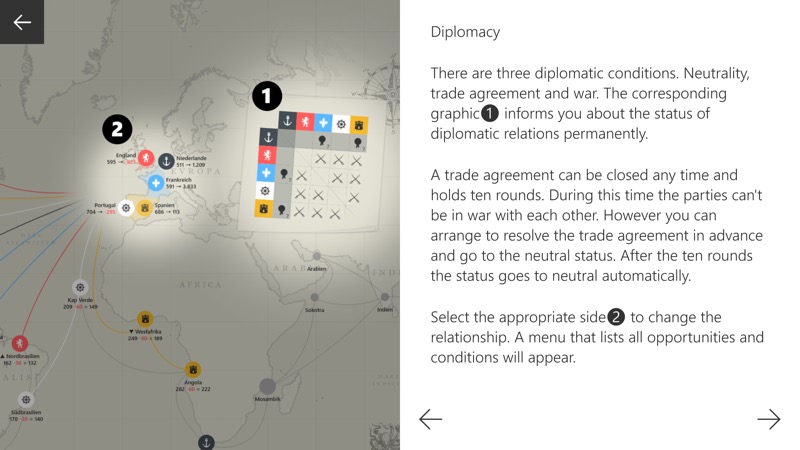 The rules and tactics aren't trivial, but happily a nice set of graphical help screens introduce most of what you need to know. The rest gets picked up by actually playing Golden Age. 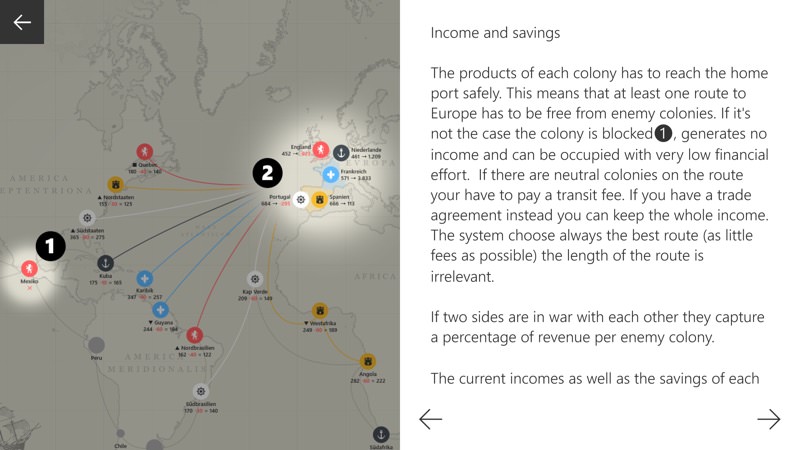 Another of the help screens. As is usual with strategy sims, it's all heavily numbers-based - though this does also make it ideal for being run on a phone/computer. 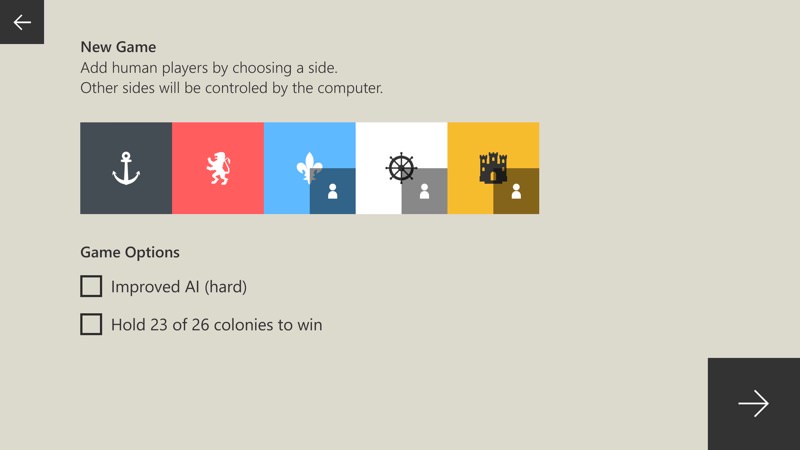 Up to five human players can play at once - any that you don't set are filled in with computer/phone AI! 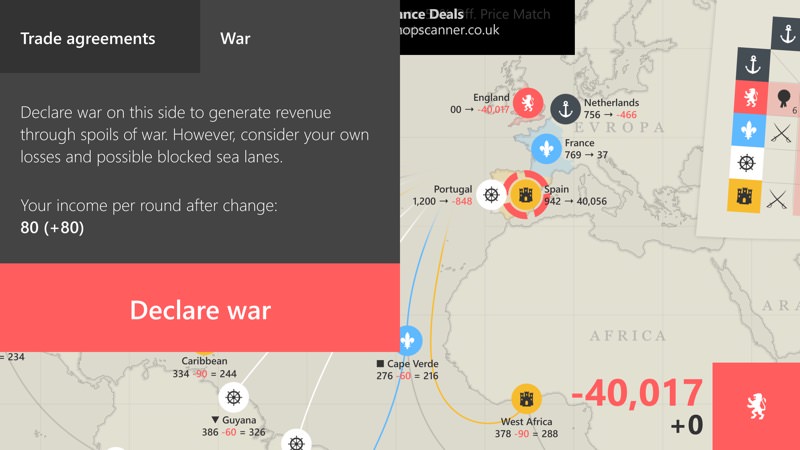 Its all a bit too easy to declare war on your neighbours, Risk-style. Think Trump and Putin. Oh hang on, they're friends, aren't they?... 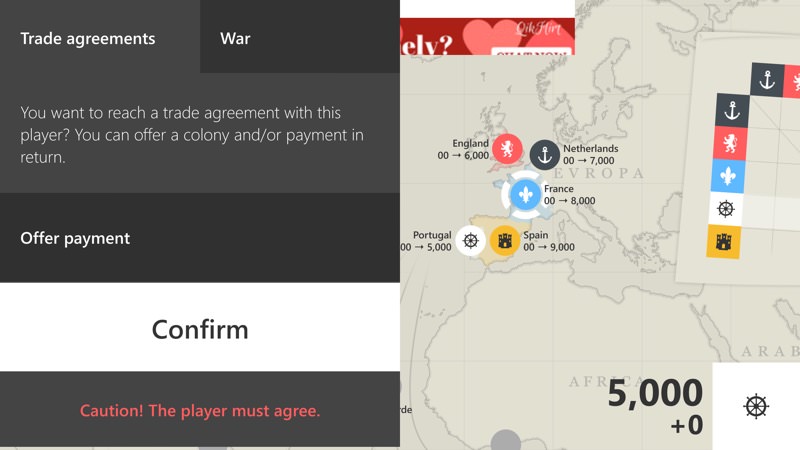 Ah yes, trading colonies, Risk-style - well, it beats going to war, with all the losses and mess.... 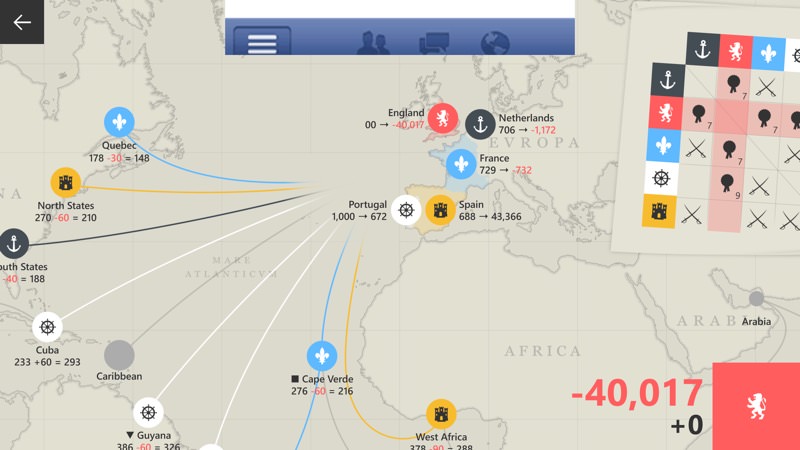 The graphics and stats are first class, visible on most 5"-screened phones and above... 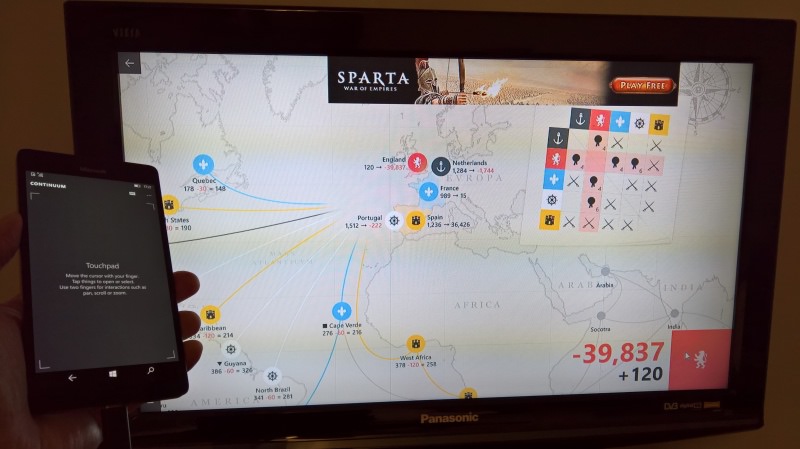 ... though even clearer on a nice large Continuum display!

You can grab Golden Age for free in the Store here. It's really not everyone's cup of tea, but strategy fans may just fall in love...