File this under Friday Frolics if you must, but I fancied a shoot 'em up. Turret Commander caught my eye and it's for both Windows Phone 8.1 and W10M. It's no nonsense "I've got a pair of machine guns and I'm going to blow everything out of the sky" pseudo-3D action, spoiled only by over-greedy in-app-purchases (when, oh when will developers learn?)...

Get behind the powerful tail guns in the turret of a B-17 Flying Fortress bomber in this high-octane 3D shooter and blast the enemy planes out of the sky. Experience the blistering-hot, immerse action of aerial dog fighting as never before when you become the Turret Commander!

Your bomber is under attack from all directions, and the only thing keeping it in the air is a rain of red-hot bullets streaming from your turret guns. Keep your plane flying, and you and your colleagues alive as you battle it out in the skies against dozens of enemy aircraft.

You are the Turret Commander! If you like FPS game, this one must be yours.

Not wishing to be picky, but since when did B-17s have radar and guided rockets? However, that's a cheap shot since Turret Commander is actually quite a lot of fun, beautifully atmospheric within the parameters of its game mechanic. Lighting effects, animations and sound all add up to adrenaline and a surprising degree of immersion. 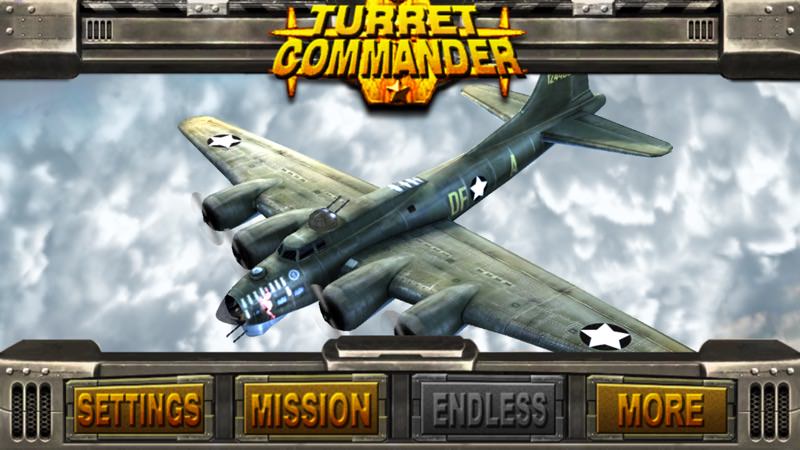 It's WWII Jim, but not as you know it... One bomber that has to get through, 50 fighters at a time trying to shoot you down. Gulp.... 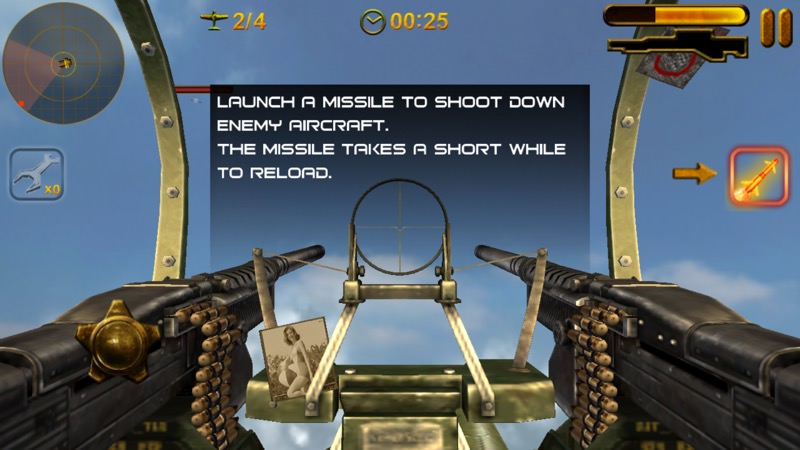 The bottom left of the screen acts as a trackpad, the rest of the screen is one big firing trigger - it's a nice system and well done. The indicators top-right show how ammunition supply, gun heat, and more.... 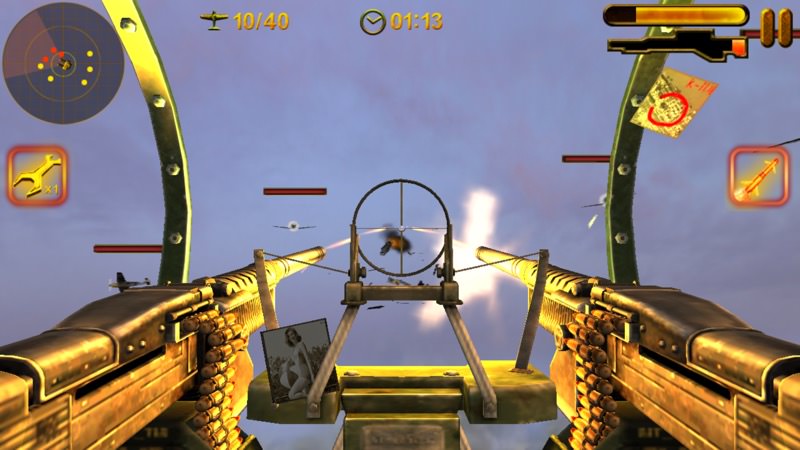 Other controls are for temporary gun repairs and for (ahem) guided rockets! Note also the lovely lighting effects, with reflections from the shiny metal of your guns. 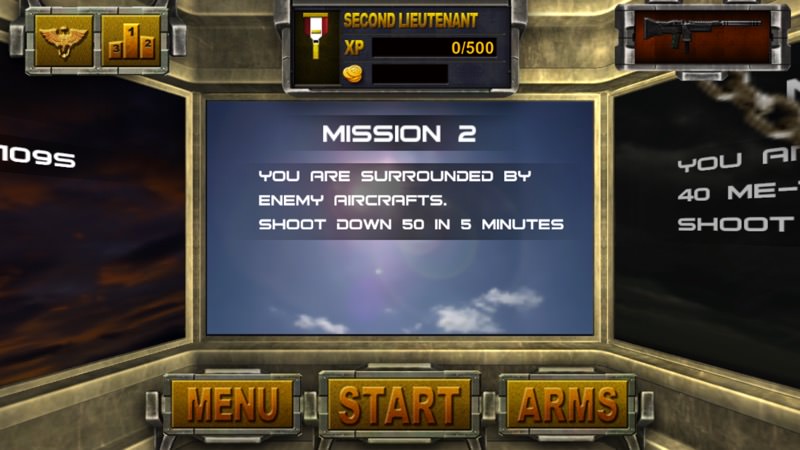 Yes, you read that right. You need to shoot down a fighter every ten seconds on average. Happily, they swarm around in an intense cluster, so the mission is achievable. Of course, they're shooting at you too, though the difficulty level of the game is slight at first. 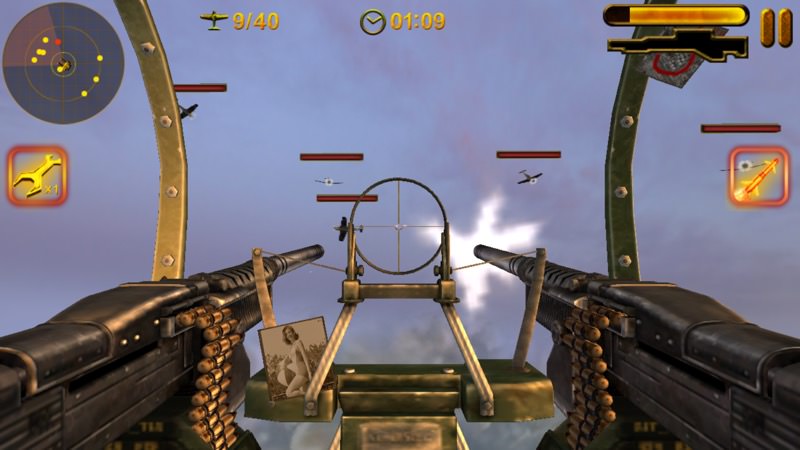 As you destroy planes, they break and collapse in very satisfying explosions, there's a very visceral feel to Turret Commander. The bars above each plane are its status and, one presumes, the planes will get much harder to destroy as the game goes on. Which is why you need bigger and faster guns... 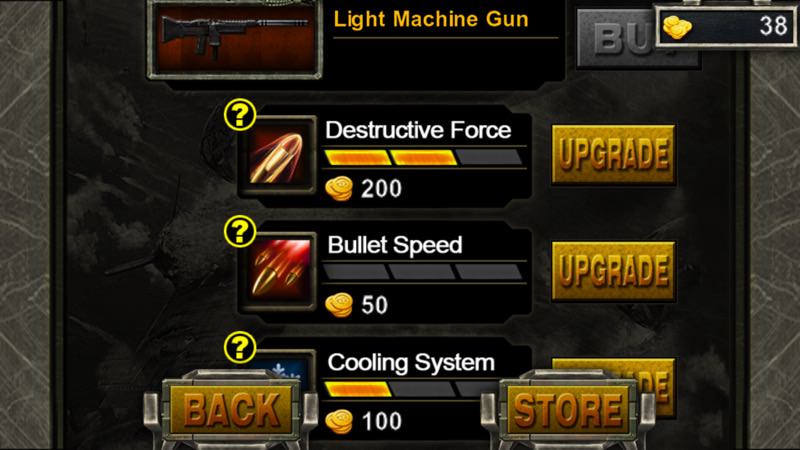 ...speaking of which, there's lots to upgrade in the in-game Store. Everything costs coins, which you earn for each mission but which you can also (as you'd expect) buy with real world money. Lots of money... 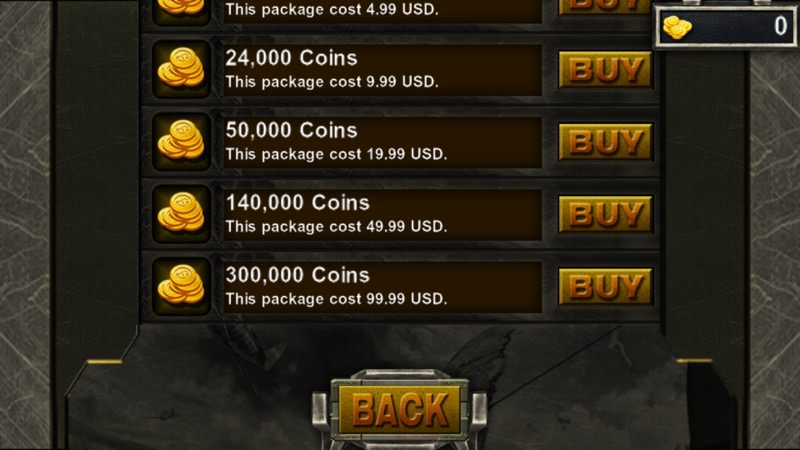 As ever, stupidly high IAPs cast a shadow over how much you can trust the developers. $99 (around £80) with one tap, potentially, is clearly just there to trap the unwary. Why not just stop the IAPs at, say, $20 (£16) and people can always use the IAP again if they really, truly need to? 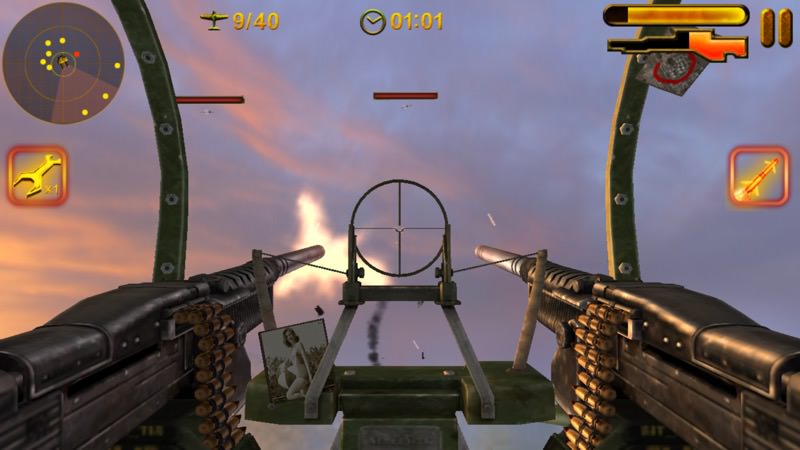 But you can get quite a bit of blasting done before you have to worry about the currency and purchases. If you just want some atmospheric 'WWII', adrenaline-releasing machine gunning then look no further!

You can grab Turret Commander here in the Store if you fancy a blast.

PS. There are lots of gameplay videos online, try the one below, which gives a decent feel: