Playbale on-screen piano keyboards are a staple of smartphones, of course, though they're all hampered by the obvious physical limitations - how can you mimic a five foot piano keyboard on a five inch phone screen? Either you shrink the keys down to unplayably thin or you just present a limited range of larger keys. The best mini-piano applications achieve a good balance of these two approaches and Piano 10 does exactly this, with impressive results considering the low, low price of free.

Piano10 is a great acoustic piano for your Windows 10 device. Simply select your octave with arrows and play with real sounds of piano!

Here's the UWP app in action: 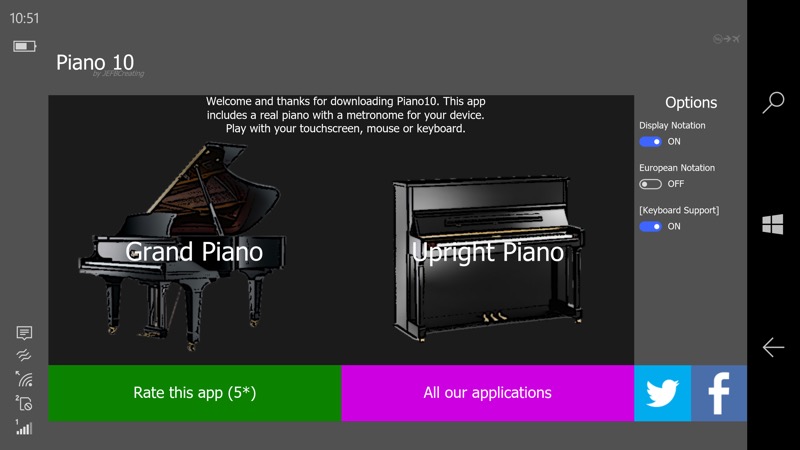 A choice of two piano sounds/styles - the grand is the one to go for, of course! 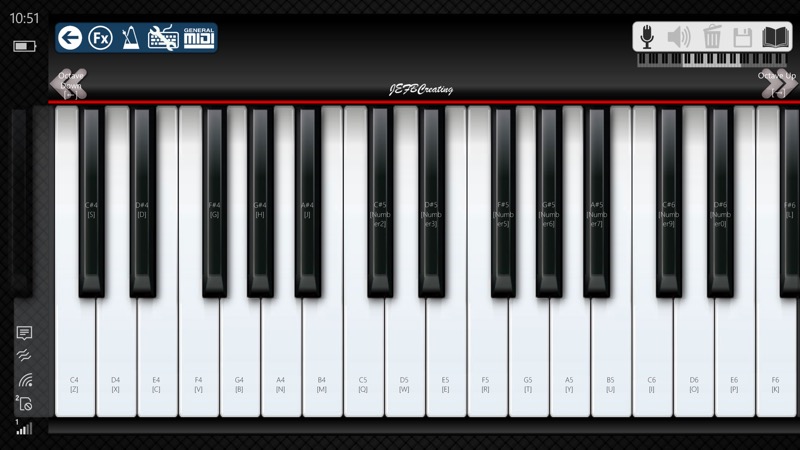 And so to the piano itself, with chevron controls top left and right to shift the displayed key controls up or down an octave. With two and a half octaves on-screen at once, Piano 10 strikes a pretty good compromise on a phablet screen, though it would be a big fiddly on a smaller phone. 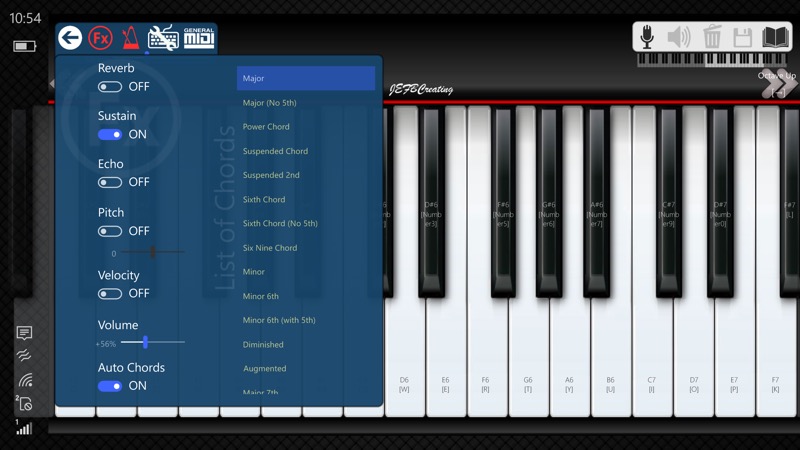 Diving into the controls for FX and auto-chords. The combinations of reverb, pitch, sustain and echo are subtle and do encourage experimentation. And perhaps even a new tune or two! The auto-chord system takes your root note and puts in the full specified chords as needed - it's an utter cheat, of course, but may be an easy way to get an accompaniment on a smaller-screened phone. 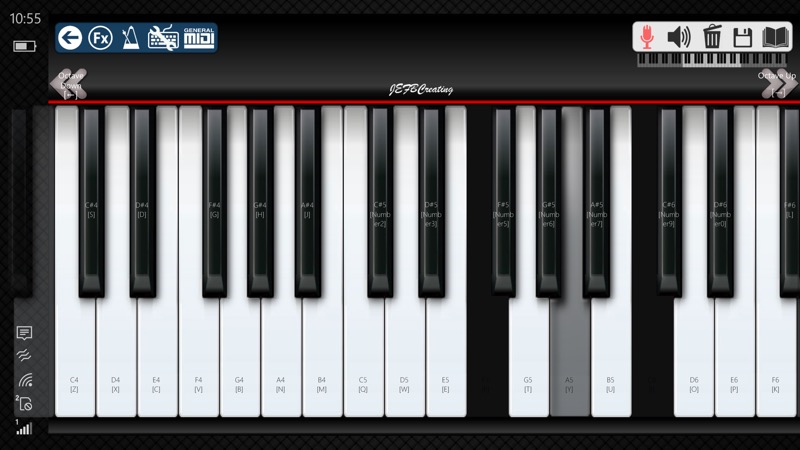 The recording controls, top right, let you record what you're doing and play it back later - if you need to archive the musical idea then the 'save' control lets you name it and save it as needed on your phone's file system in the minimalist and efficient 'XSCORE' format.

Performance of the piano is sluggish for the first few notes, but once things are nicely cached in RAM (the app itself contains over 100MB of audio samples and resources) it becomes far more playable. The app claims to be 31-note polyphonic, which I believe, though good luck trying to actually play that many notes at once with your ten fingers, even with auto-chord turned on!

A metronome is a nice touch, as is being able to adjust the volume of the piano independently, though if you max out your Windows phone's volume and then increase Piano 10's volume as well it's easy to stray into realms of distortion.

(Although I didn't try this, run Piano 10 on a Windows laptop instead and you can plug in USB keyboard to act as the controller - the letters and numbers for each note are shown by default on the on-screen keyboard. This isn't very inuitive though - better would be to plug in a full MIDI keyboard, though again I don't own one - can someone reading this with MIDI equipment try this and report back?)

You can grab Piano 10 in the Store here. It's as limited as you'd expect a phone-piano to be in terms of interface, yet with more features and higher fidelity than you might expect. And you can't argue with the (free) price! 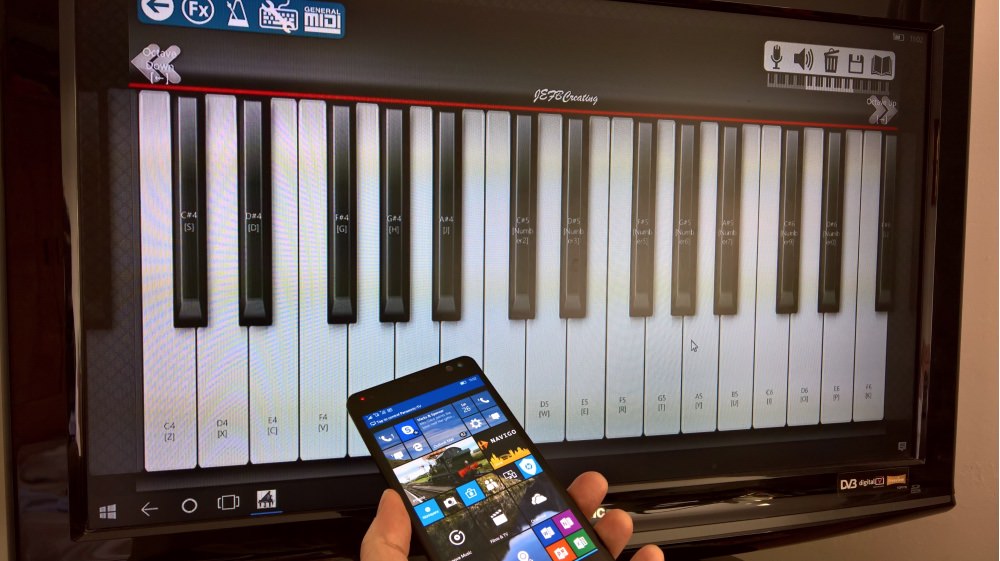