Talkinator UWP helps out if you've lost your voice

Perhaps a niche application by definition, at least Talkinator 'does what it says on the tin' - you type in or paste in text and then it reads the text out loud. Ostensibly to someone else because you can't, or don't want to. The developer suggests some implausible uses cases below, but it might be handy if one had laryngitis...

Talkinator is a simple Text-to-Speech-app that was made in a lost afternoon. While simplistic by design, the app can still be quite useful for those who want to have some lines of text spoken to them by a computer. Uses can be (but we're not recommending these):

Here it is in action: 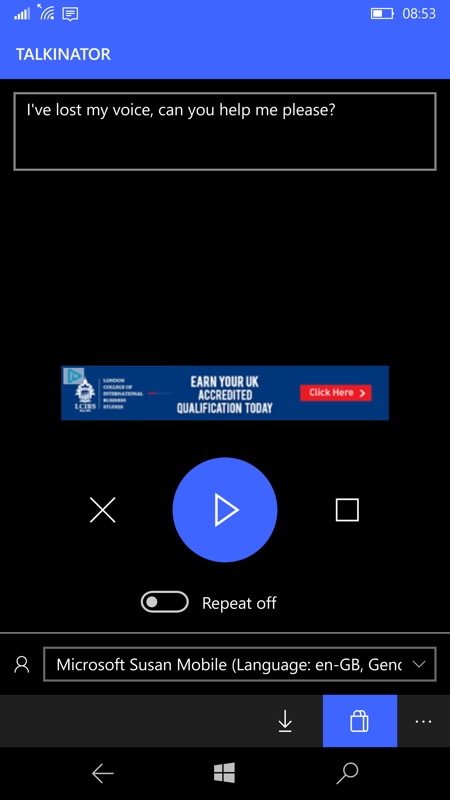 Type or paste in and then press 'play' - nice and simple. A 'repeat' toggle lets the message auto-repeat (in case it's urgent and you're in distress, perhaps?) 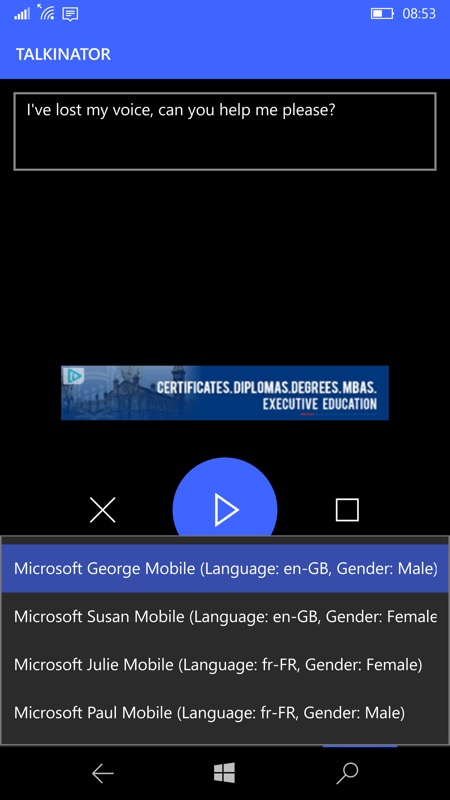 On my test phone there was a choice of four voices, two in English - and, interestingly, if you play an English phrase with a French voice then you do indeed get a strong French accent (think 'Allo Allo'!) And vice-versa! Fun, fun, fun....

It's not clear whether the languages here are to do with my test device and how I had it configured or whether it's down to the developer, so some experimentation is recommended!

You can grab Talkinator here for free - it's ad-supported, but you can remove the ad if you like. Yes, it's niche, yes, it's kind of fun - can you think of extra uses cases not mentioned above?