I wrote about Microsoft dismantling the old Nokia support network almost three months ago, with support specialists B2X taking on worldwide support. MSPU reports that there's now an official B2X application for all varieties of Windows Phone, comprising a repair status checker, some device diagnostics, a FAQ, and links through to online chat support and/or requesting a call back. Anyway, I gave it all a whirl. Just don't expect too much...

• Chat with a B2X support agent for immediate help

• Request a callback from a B2X support agent

• Get all Lumia device information at a glance

• Keep track of your repair status

Things look good at first, with the device diagnostics being mostly working - some people have had issues with the accelerometer and RAM detection, but there's still quite a bit to admire here. Although there's no direct way to kick off a support chat or callback, you can get to this after executing one of the diagnostic sections. 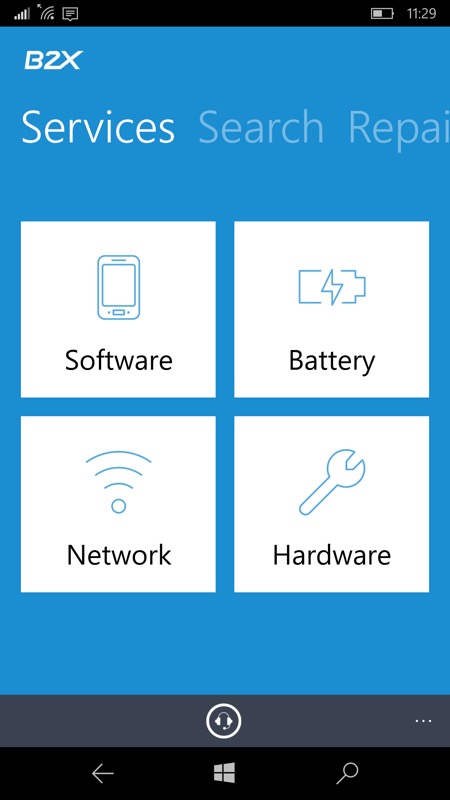 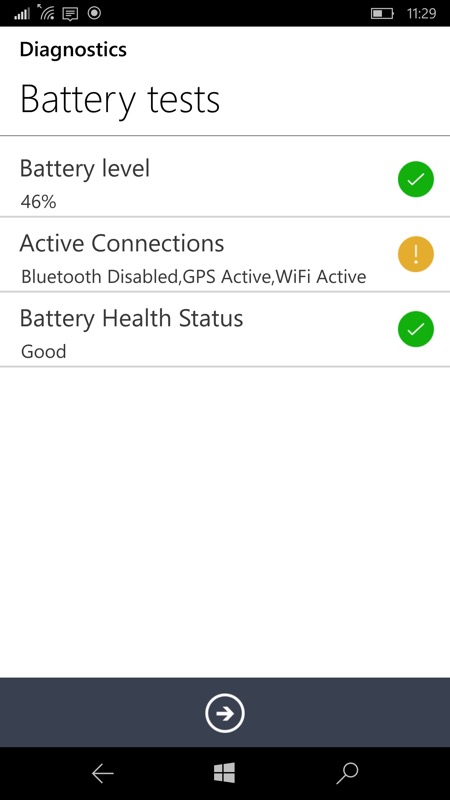 The diagnostics mainly work, I liked the presentation, even if it's all a little 'version 1' throughout.... 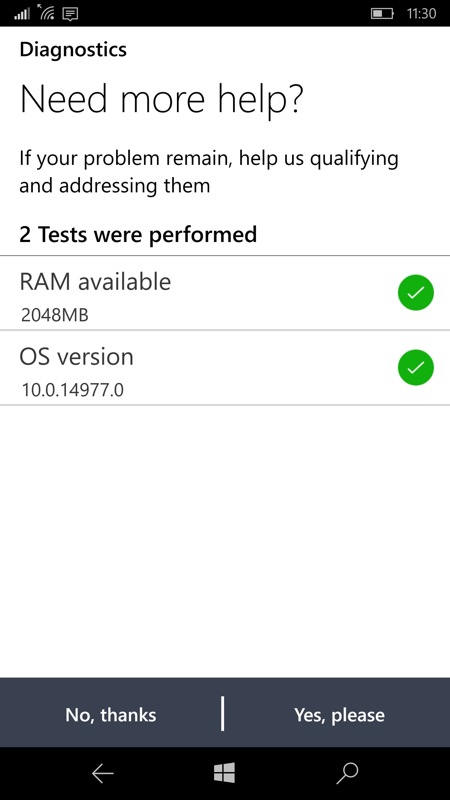 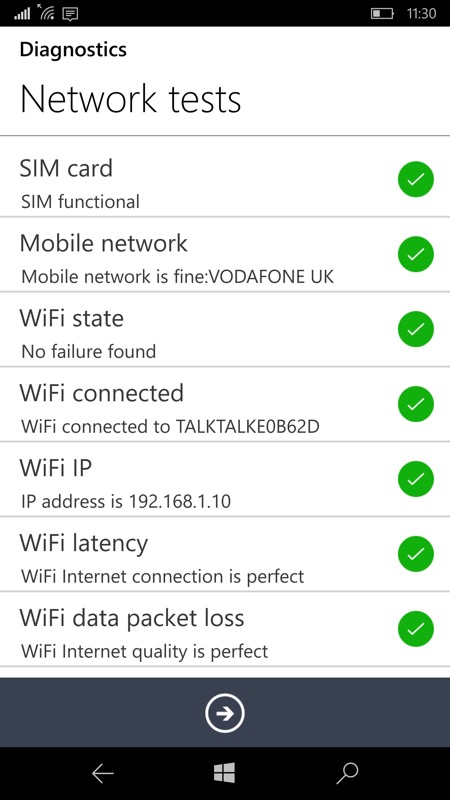 2GB RAM? Eh? This was on a 950 XL, so should show 3GB! After each diagnostic there's the chance to say 'Yes please' for help from B2X - in fact, this is the only direct way in, which is a little confusing. 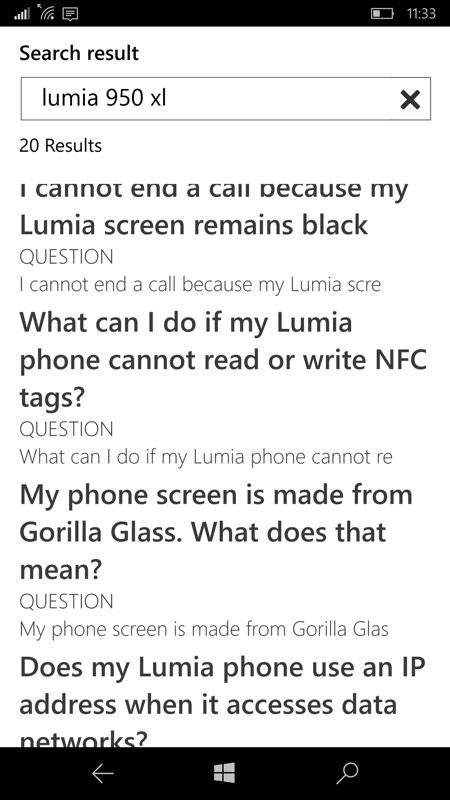 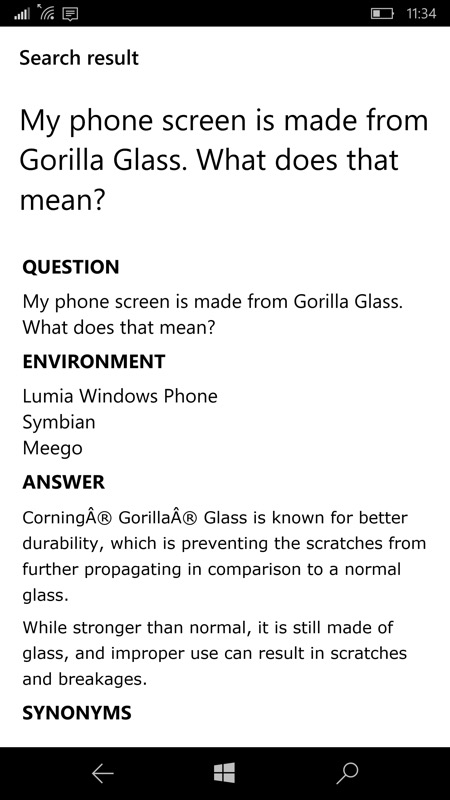 The FAQs are OK, but have clearly been pasted in from somewhere else, see the character set errors in the help text. Hey B2X, if you're after a proof reader then I come cheap.... (really) 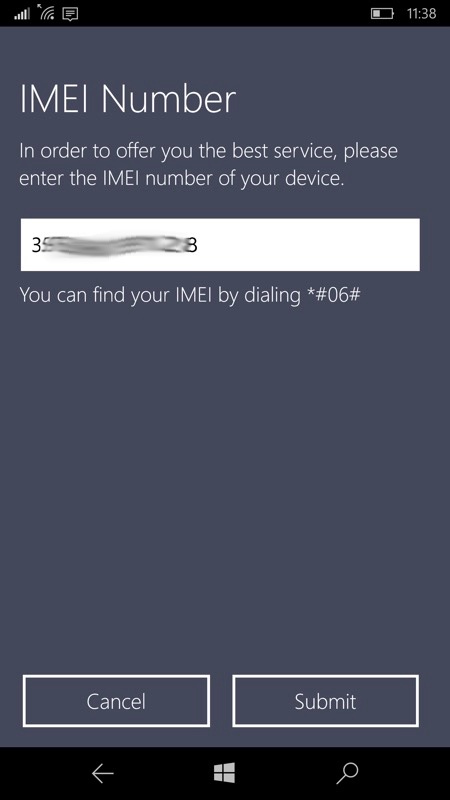 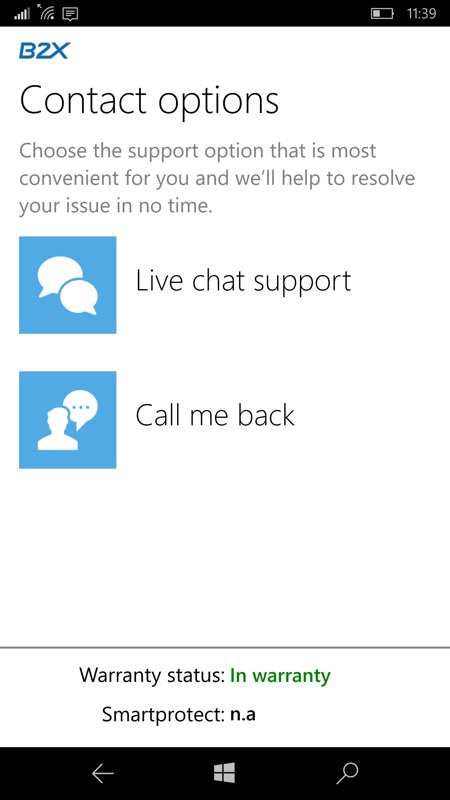 You're asked to provide your IMEI, which is odd since this is machine readable - someone's not thought this through competely. So you have to write this down from your phone via (actual) pen and paper and then type it in. Old-school!! 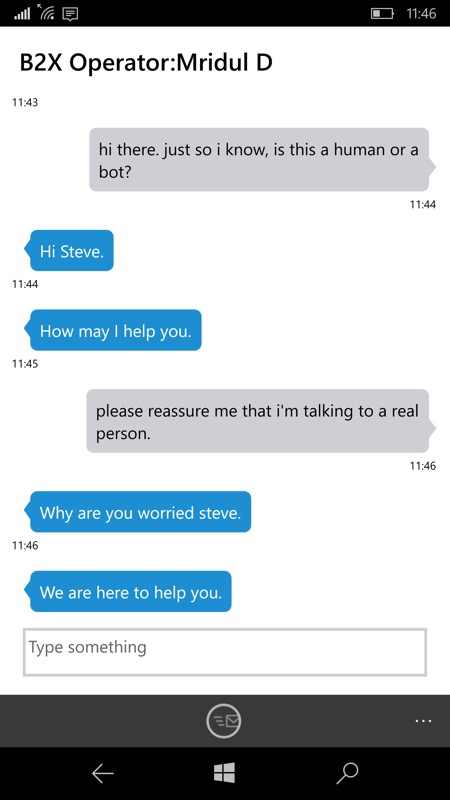 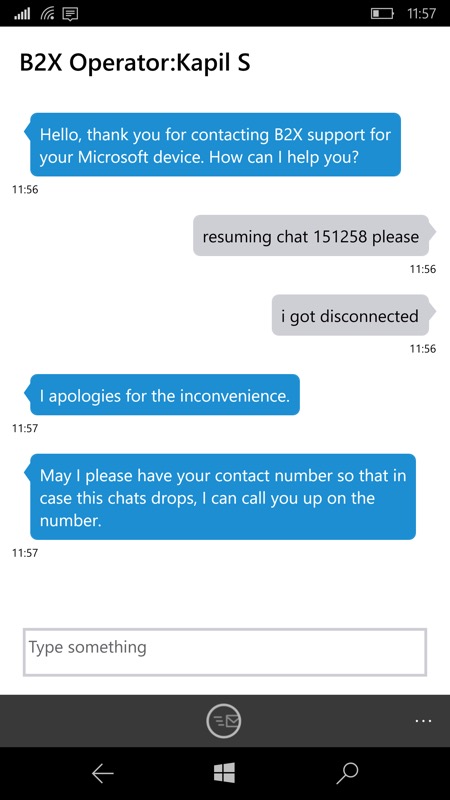 Posing as a customer (ok, I am, I guess, and I had a genuine question), I started a B2X support chat session. I wasn't expecting too much, mind you - having filled out all my details in the run up to the chat starting, I then had to provide them all over again with the human. Or was it a bot? Hard to tell from the answers here, though I was through to a human by the end. 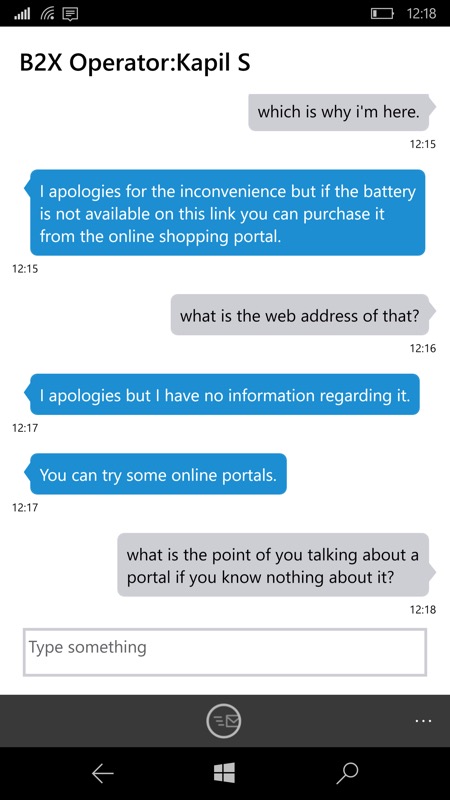 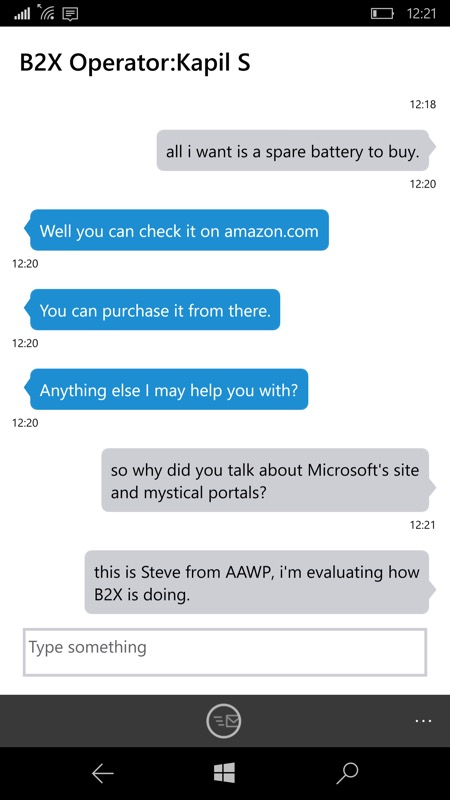 My question was basically 'where can I buy a spare battery?' and the support people (my session was split in two) both said to buy it on Microsoft's site or 'an online portal'. When pressed, they couldn't find an actual URL and after lots of messing around they eventually said 'try Amazon'!!! Not very impressive then....

There's a huge usability flaw in the B2X application currently, in that while chatting to their support staff, if you press the 'back' control once too often (e.g. after dismissing the keyboard after typing something), YOU EXIT THE CHAT AND HAVE NO WAY TO GET BACK IN! So you sign up for a new chat session with a different person, quote the old number and then it takes a load of chatting before they manage to get your details and messages on screen. And then, just as you're getting somewhere, you press 'back' once too often again and YOU'RE AGAIN CHUCKED OUT AND HAVE TO START AGAIN!

You can grab this B2X SMARTAPP here in the Store. I suppose we should celebrate the fact that this applicaton exists at all, but it's clearly 'version 1' and I shall be watching for updates.