Go for a winter-themed first person endless runner, opt to craft all the graphics in 'pixellated papercraft', make it excitingly playable and make sure that the in-app-purchases are sensible - put it all together and you have Shred it! It's stunningly well done, right down to the 3D world of the in-game shop. No expense spared, no penguin left unclothed, you get the idea...

It’s time to get back to paper nature!

Shred It! is an innovative endless runner by Extra Mile Studios. Snowboard your way down a never-ending hill in a beautiful paper-craft world.

In a sublimely atmospheric and ever-changing landscape, a dynamic weather system swirls around you as you tear your way down the slopes, collecting leaves and performing awesome tricks.

Every run is different, with wildlife hazards and a perilous environment that could end your perfect run in a heartbeat!

Compete for the ultimate high-score against your friends and the worldwide Shred It! community, unlocking super cool characters, abilities, boards and outfits along the way.

Unlock an alternate game mode to race against the clock in the Checkpoint Challenge!

Do you have what it takes to Shred It! against the best?!

Shred It! offers In App Purchases (Paperclips) which let the players unlock new characters, boards and outfits and Continue once a run has ended.

I like the (at least partly) randomly-generated nature of the runs/obstacles, so you're relying on reflexes and not just memory. There are plenty of programmed sections too, with bridges and platforms to jump between, but it all feels pretty fresh when you're on the slopes. 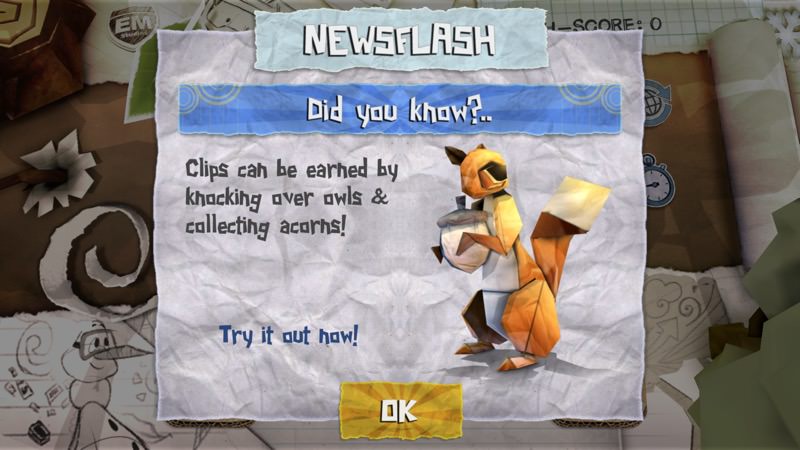 As you might imagine, the game runs on a currency - paperclips! Thankfully, the exchange rate from real world monies isn't an issue, plus you'll earn paperclips as you ski... 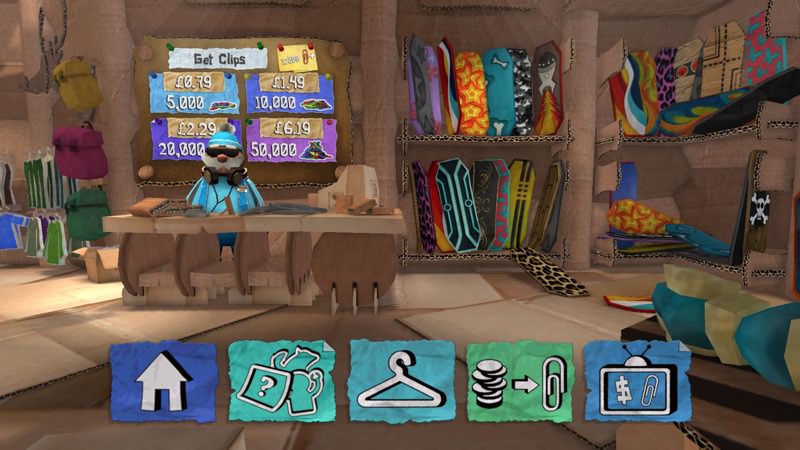 The in-app purchase of paper clips is handled beautifully, integrated into a full 3D virtual shop, and yes, you can pan around to your heart's content. 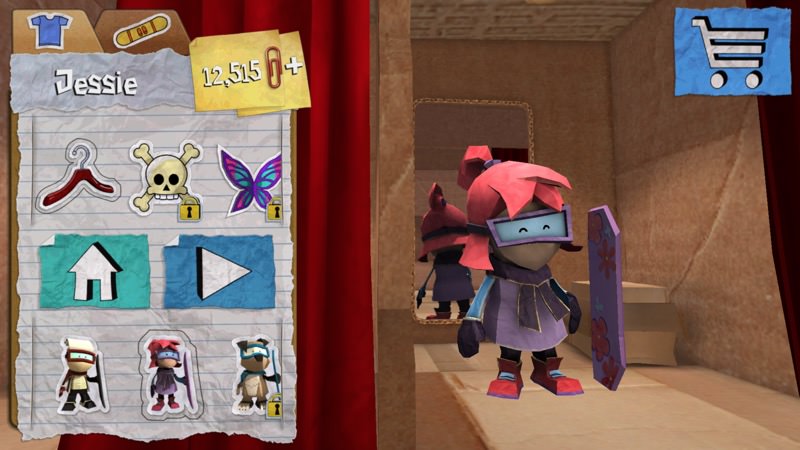 Away from the slopes, the main attraction here is customising your character and your board - if you're into that sort of thing. It's well done, with high production values and animations. 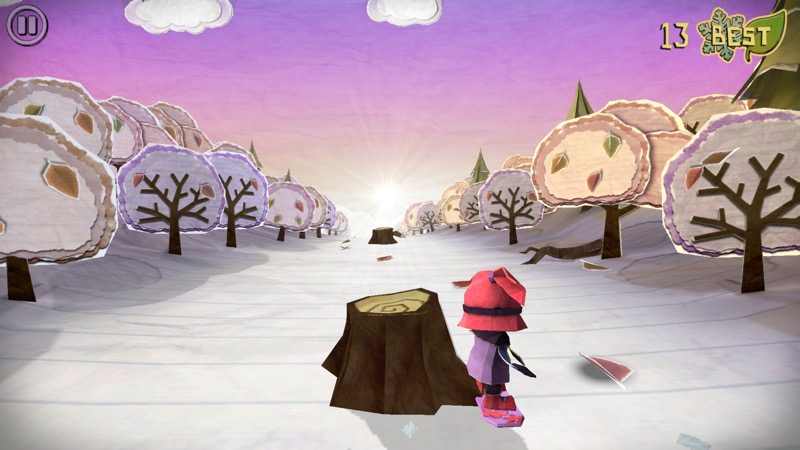 But then it's onto the snowy slopes, with a left-right-jump-duck mechanic, driven by long presses and swipes. Think a cross between Subway Surfers and Temple Run. 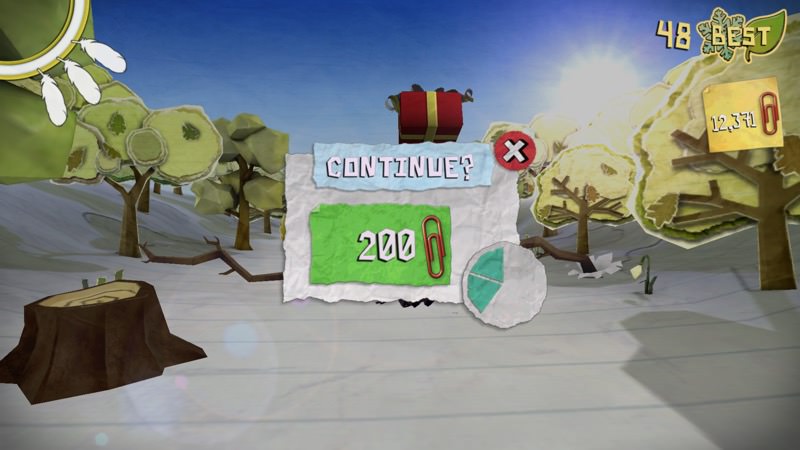 The main use for currency, I found, was in continuing particularly good runs down the hill without having to die - though, as you might expect, the amount demanded rise and rise as you progress. 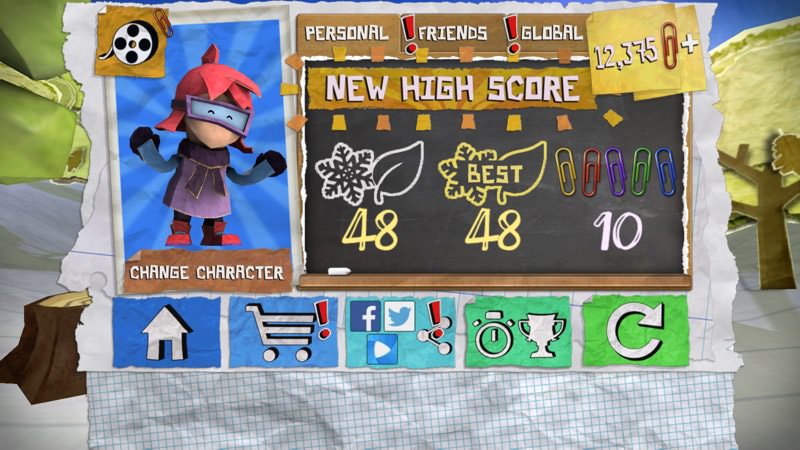 My test profile and main menu - it's colourful, it's useful, it's... different! 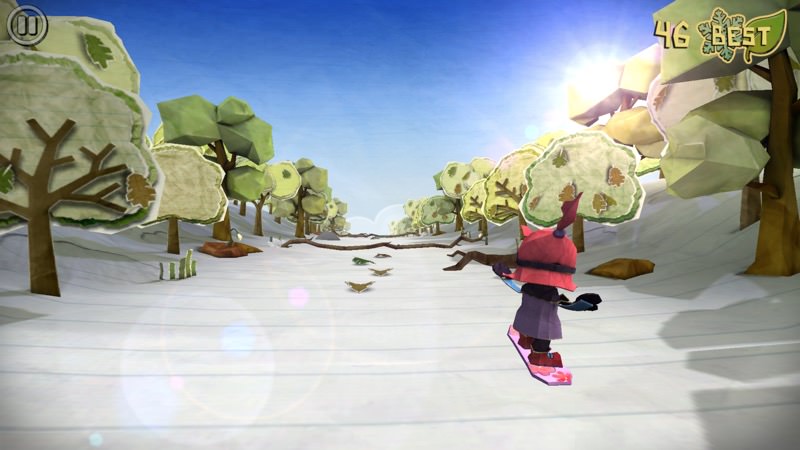 Back on the slopes, with paper trees swishing past and the icy wind cutting into into my cheeks, trying to time my jumps while also swooping left and right to collect leaves.

Something of an instant arcade classic, you can grab the 24 hour trial version of Shred it! here in the Store. Although available for both XBox and PC as well, the Windows Phone version is by far the best value, even at $1/0.79p, as it comes complete with 12,500 Paperclips to let you unlock other characters, boards and outfits immediately.

PS. There's a video gameplay promo, which is worth a look: