We've had Freeview and Freesat here in the UK for a few years now, plus free live streaming of all the main UK TV channels, so one more for the pot isn't a big surprise. But TVPlayer UWP is nicely done on the whole, with easy access in one place to a host of live TV and then a whole other 'Plus' tier, with many extra channels and many more programmes, available live or on catch-up - for a typical £6 a month. And yes, it's a full Windows 10 UWP, so works on phone, Continuum displays (turn your phone into a set-top box, effectively?), tablets and desktops.

TVPlayer lets you watch over 60+ Live TV channels on your Windows 10 Phone, Surface and Desktop for free. Try TVPlayer Plus to access 30 premium channels.

New TVPlayer Plus Channels – 1 month free trial, then £5.99 per month:

Watch live TV from many of the UK’s most popular channels:

It works too, albeit in an all-light theme on AMOLED devices (always a pet hate, though you're in programmes 99% of the time, so it probably doesn't matter?), here are some screenshots: 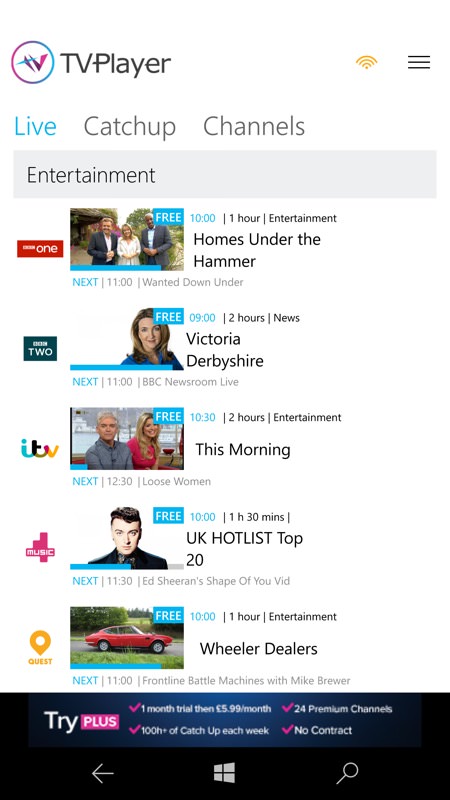 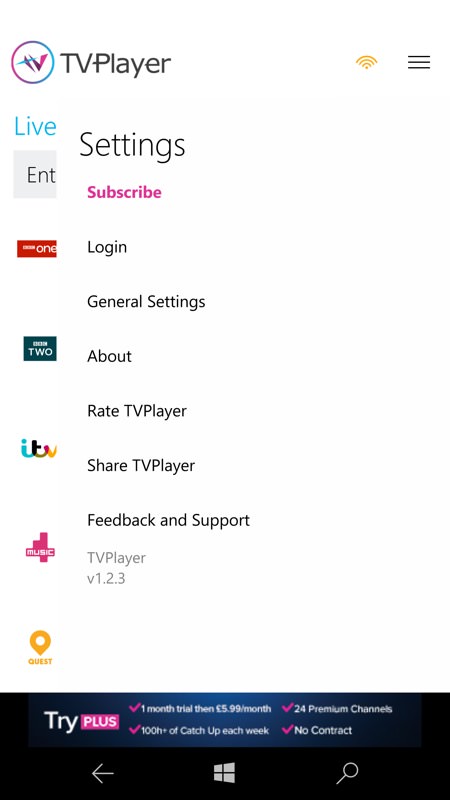 The interface is generic and cross-platform - this is a UWP app that doesn't look like one, certainly not in full Windows 10 style - and it's all in white! Still the tabs/pivots are there and navigation is smooth... Note the advert for the 'Plus' service at the bottom. 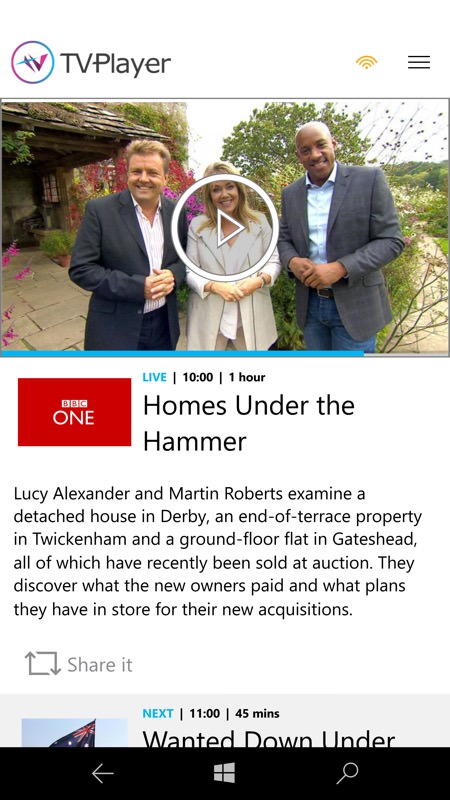 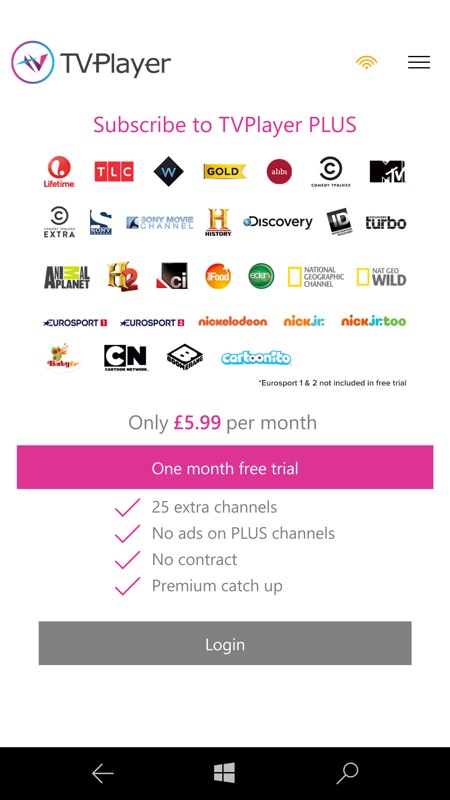 Just select the channel you want and hit 'Play' - it's fast and easy - some channels may require a login (think ITV), but BBC channels start immediately; (right) getting going on the 'Plus' tier. 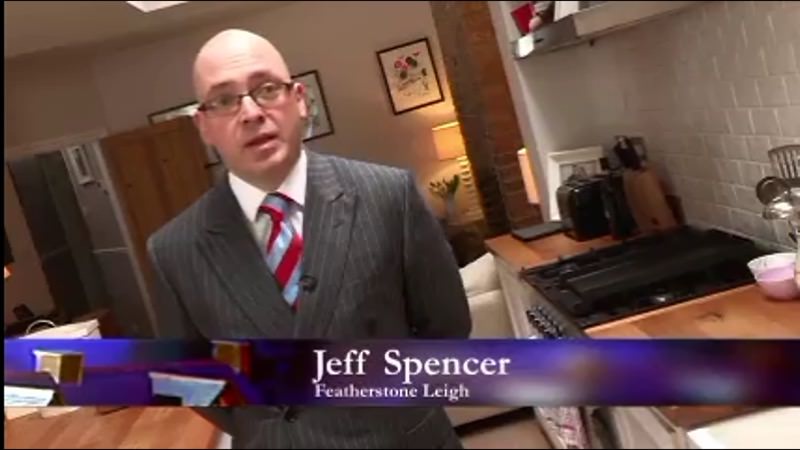 Video quality looks like 480p to me, so don't expect top resolution on most streaming channels. Still, it'll keep your bandwidth usage low!! 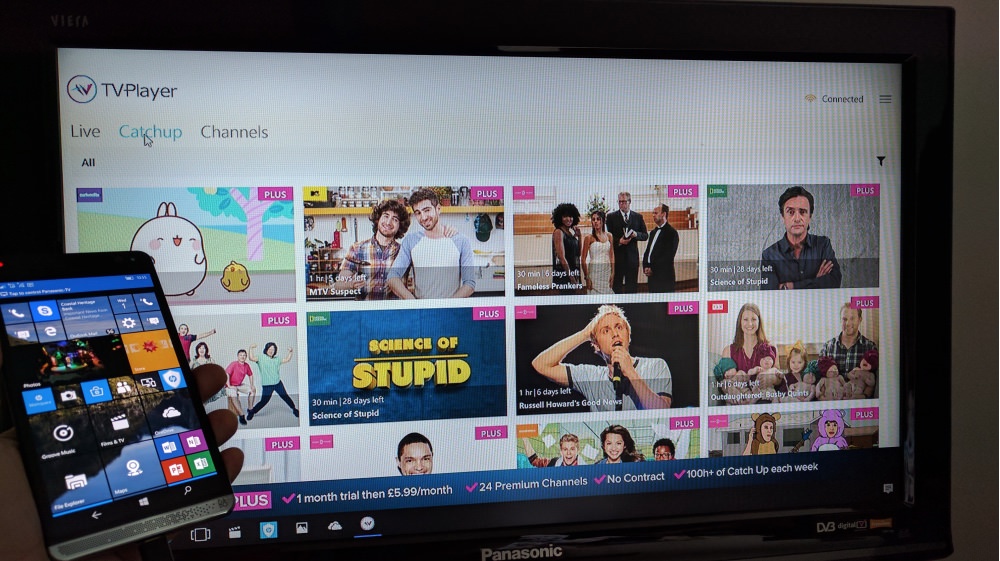 You can grab TVPlayer here in the Store.