Here's a perfect little application for the buskers among us - build up set-lists of songs, along with guitar chords, and have them presented on phone or tablet or Continuum screens, auto-scrolling while we play (and sing) along. Chordle is great fun and now really nicely implemented as a Windows 10 UWP application (there's an older 8.1 version too, though we've never covered it here).

Get rid of your heavy music folder! Chordle is a songbook management program that replaces that and does so much more.

Redesigned and rewritten for Windows 10, Chordle is the best song book management app available on the Windows Store today. Transpose chords for your songs as you play them, create and share set lists, display capoed chords when you're playing with guitarists or uncapoed chords for other band members.

Please note that Chordle is free to try out, but you won't be able to use many of the features like set lists, OneDrive syncing and import/export without paying for the full app first through an in-app purchase.

There are nice and useful touches throughout - for example, the scrolling song displays over-ride the normal screen timeout on Windows 10 Mobile phones, so you never have to worry about the screen dimming halfway through a tune! Plus the app runs in a true full screen, i.e. Windows controls and status bar are removed, giving maximum screen real estate.

Also, for the musically challenged among us, any song can be set to appear with (transposed) chords for any key and even appropriate chords for any capo position (but leaving the tune in the original key) - really clever stuff. 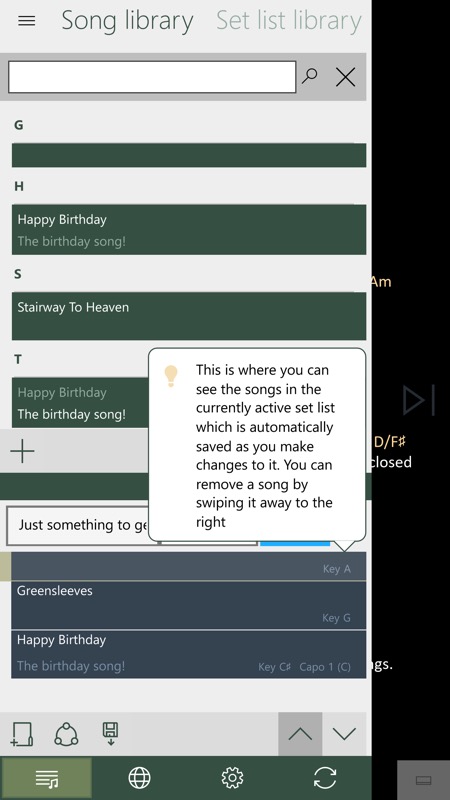 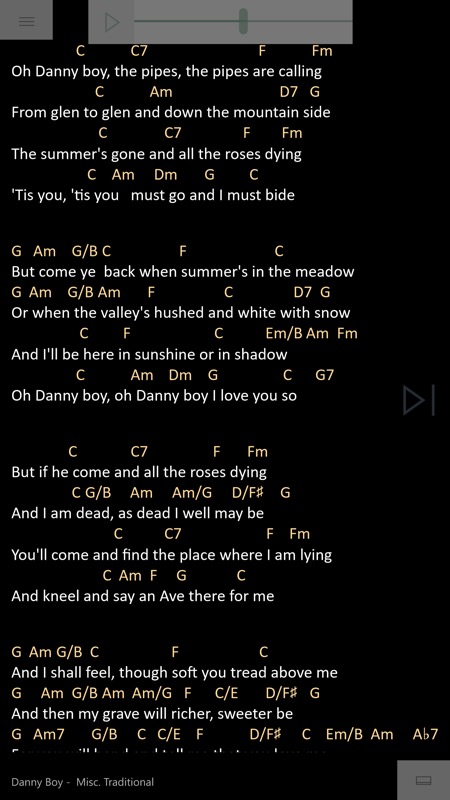 The user interface is cluttered on mobile, but makes more sense on Continuum displays and on laptops and tablets, etc. Here multiple panes are individually re-sizeable and swipeable, and with pop-ups and tips galore; (right) singing and playing in progress - once started, the lyrics and chords scroll upwards - you set the speed with the slider. 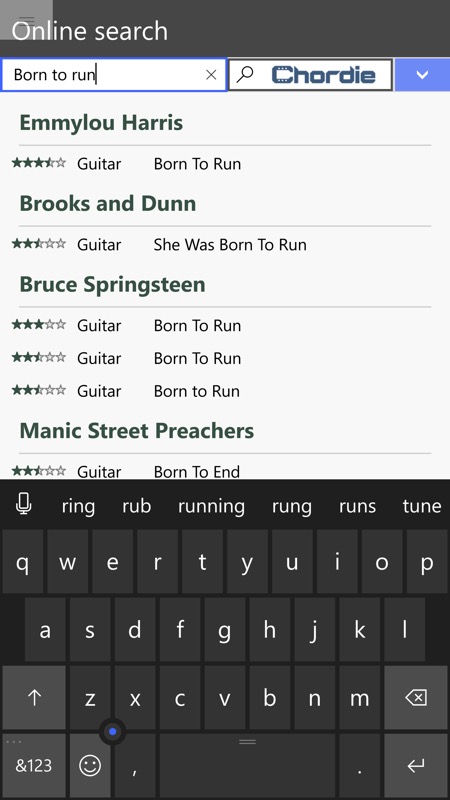 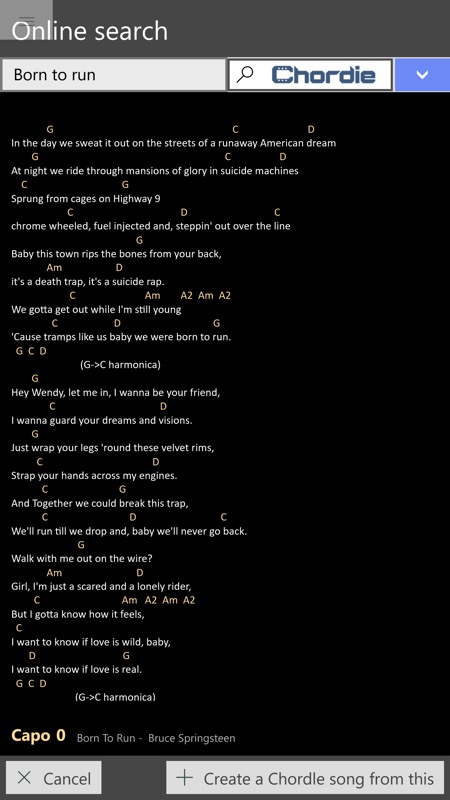 Two online sources of chord sheets are referenced and almost any popular tune can be found, often with multiple attempts at transcription; (right) previewing a match and then the save function is found bottom right... 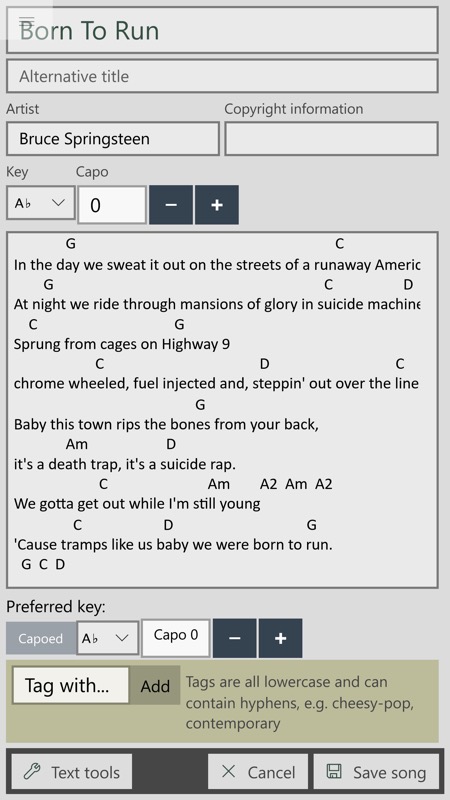 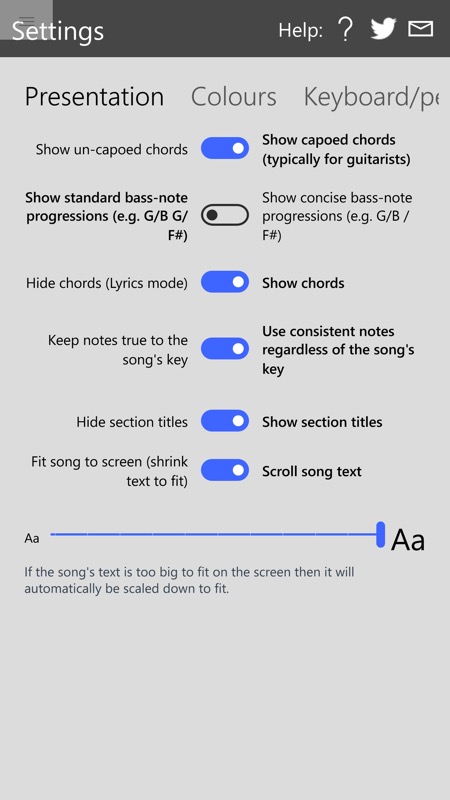 You get the chance to fiddle with the song's attributes and chords/layout, then save it to your Chordle database on the phone; (right) a really innovative settings pane, with text items emboldening as you select them. 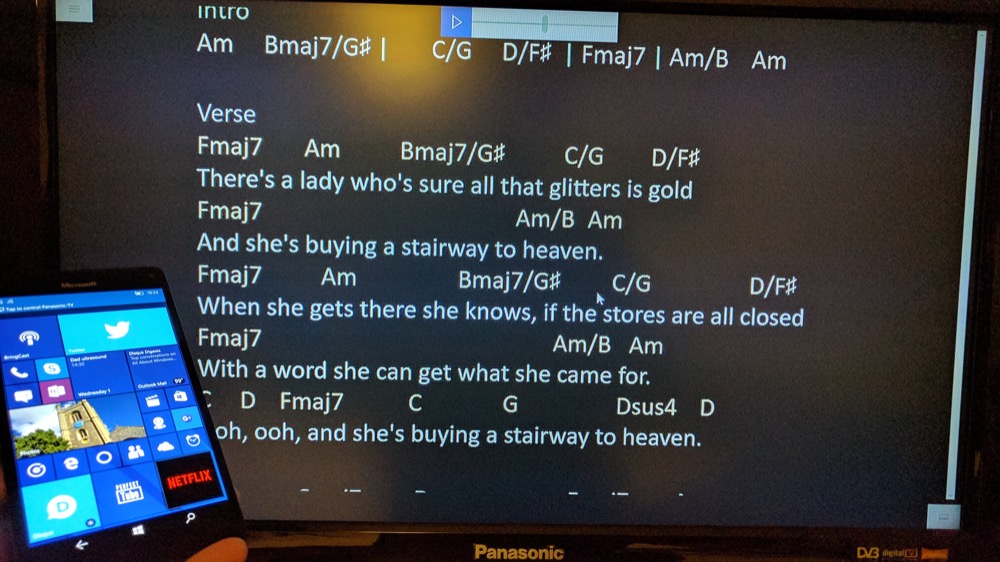 Most of the application can be tried for free, though anyone with a serious set list or song database will need to fork out £5.39 (in UK money) for the full version, which also includes OneDrive integration and backup/sync between devices. This is absolutely fine for anyone with a genuine use case and the developer deserves some reward.

You can grab Chordle in the Store here.