Heli Hell is impressive, despite freemium

You can't really fault Game Troopers, they know how to make a slick and smooth Windows Phone game - and Heli Hell is both both of those and brand new. Following a familiar classic arcade genre, you control a variety of helicopters, flying up a continually scrolling landscape and auto-firing at a barrage of baddies and avoiding a myriad of incoming missiles. It's fast and frantic and an awful lot of fun.

It's also freemium, though you can have a surprising amount of fun and action before using any of the in-app-purchases. These do get a little silly if you want the very 'best' chopper, but they're largely optional.

More powerful than ever, the enemy has holed up on the Island of Vylleña. And now it's up to you to track him down and destroy all hostile activity.

An increasingly powerful arsenal of weapons is available for blazing a path through the enemy lines.

Heli Hell offers a modern take on the vertical shoot’em up genre. Both video arcade machine buffs and fans of action and shooting games will definitely be hooked.

If the screenshots below don't give you enough of a flavour of this action-fest, then see below the break for the video promo too. 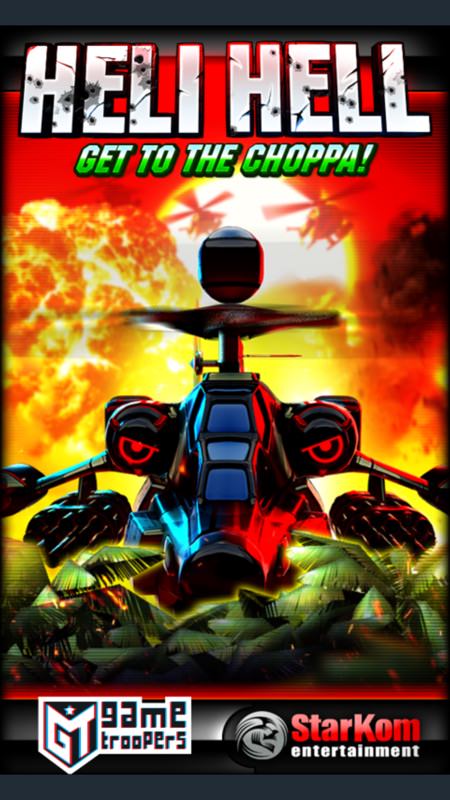 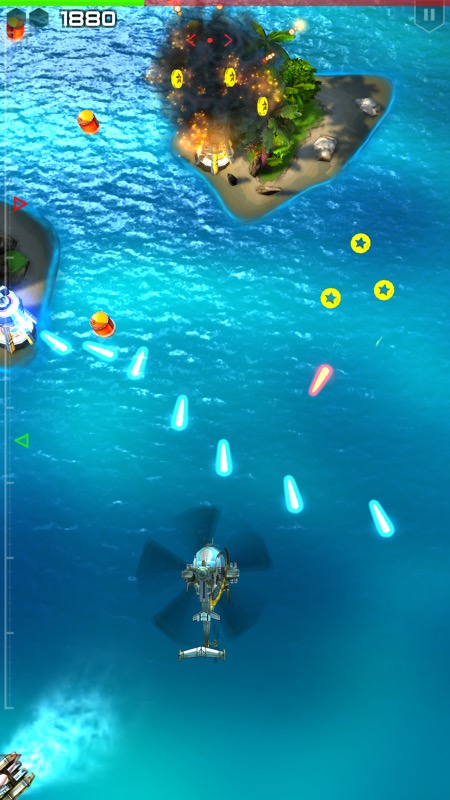 If you're expecting noise and rock music and mayhem... then you'd be right, Heli Hell is a (quite literal) blast. Auto-firing means that your only task is to move the chopper around and avoid the incoming defenses. There's a choice of controls, either dragging the helicopter directly or from underneath. 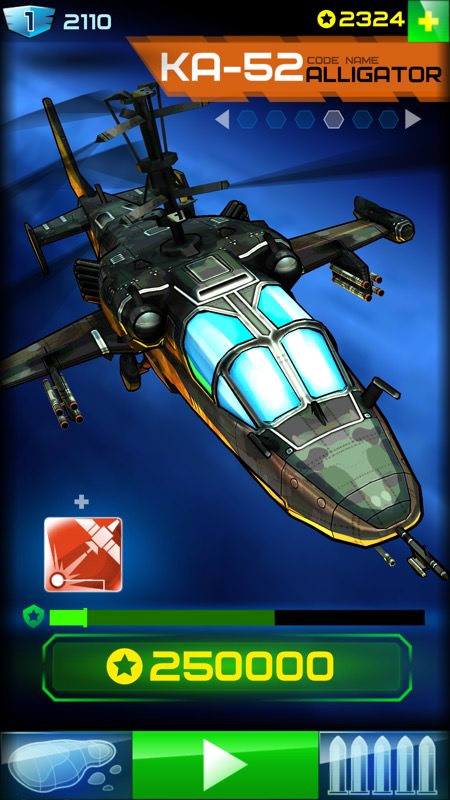 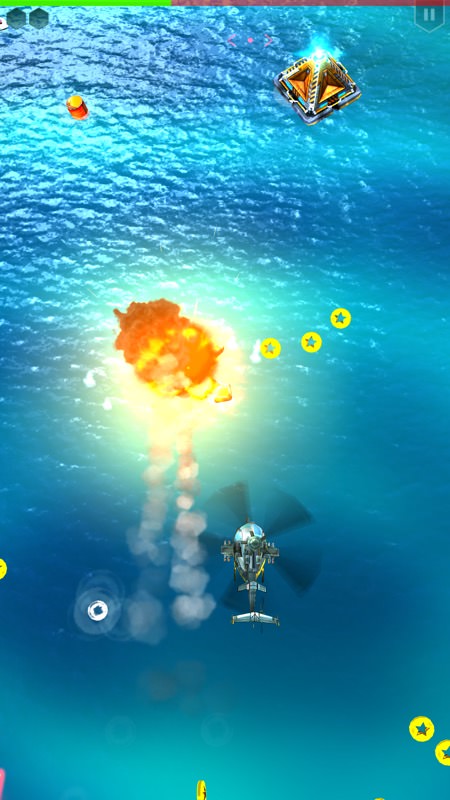 As you progress through missions, you collect and earn in-game stars, and you gradually accumulate enough to buy new and more ferocious gunships... 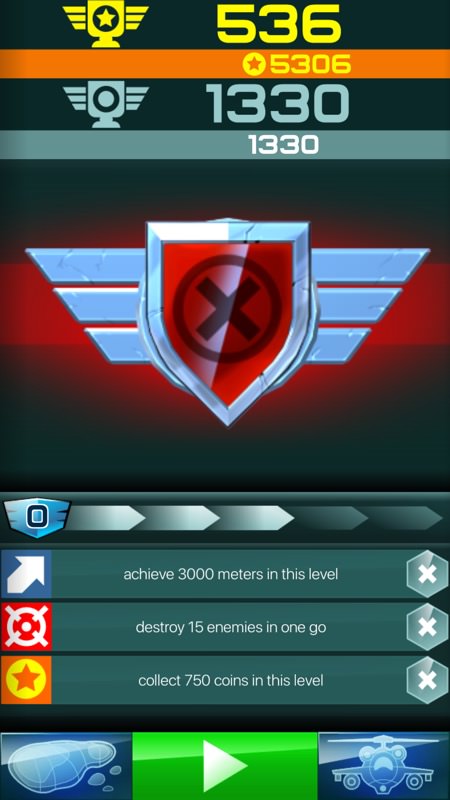 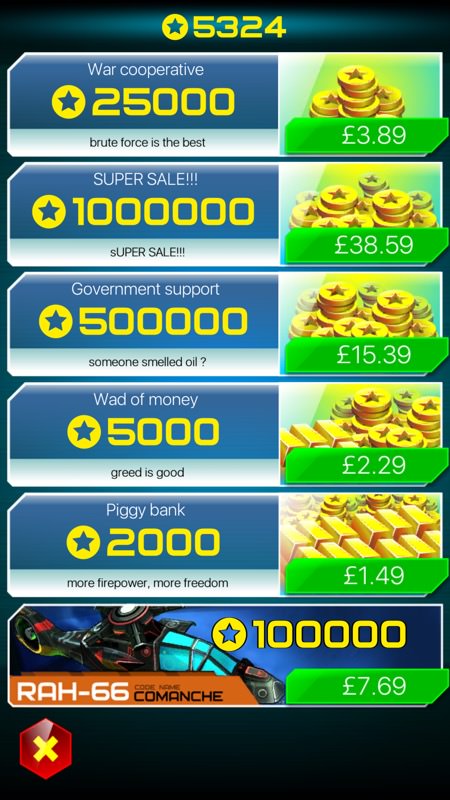 Your missions are clearly laid out, even if actual gameplay is so hectic that you haven't got time to actual count enemies or coins/stars! (right) the in game purchases - these are mainly for people hooked on the game who want a better chopper - casual players may not need to dip into the IAPs - though I hope they do, for Game Troopers' sake. 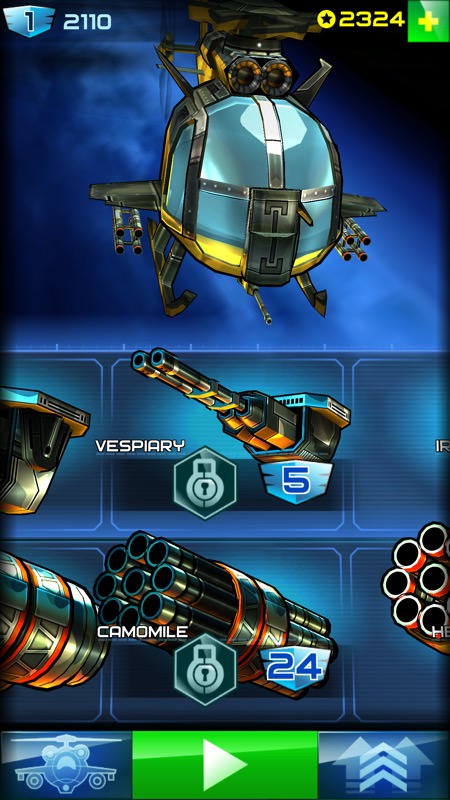 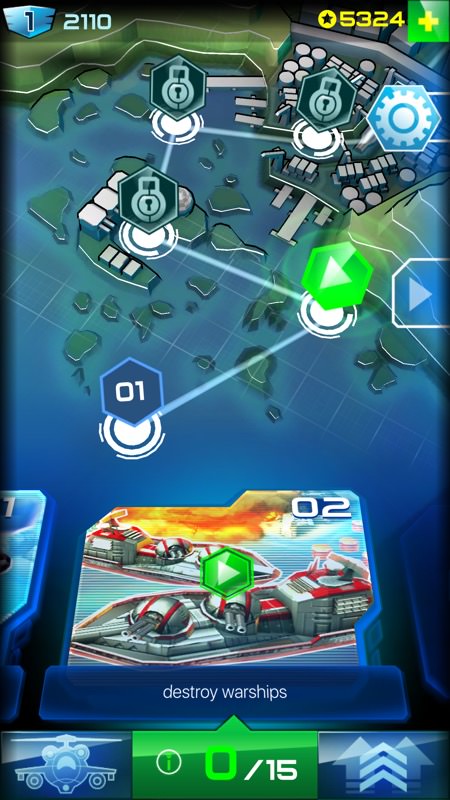 Your weaponry on each chopper can be upgraded too; (right) some of the various stages/levels - the scenery and detail on the bad guys and bosses is first class, even if not at full QHD resolution.

Recommended for arcade action fans - you can grab Heli Hell here in the Store, it works on Windows Phone 8.1 and Windows 10 Mobile.

As promised, the video promo: