Are you any good at those movie trivia questions that pop up in the cinema before the adverts start playing? If so, then the super-glossy Popcorn Trivia is well worth a look, even if the over-ambitious freemium mechanics ultimately leave a sour taste in the mouth - up to £100 with one tap? Just say no...

Popcorn Trivia (Now with game narrator!) takes movie night to a whole new level. Test your film knowledge, challenge your friends, or host your own game using a variety of movies across genres. Earn ranks and popcorn to climb up the entertainment industry ladder or customize your avatar with props from some of your favorite characters. You can even become a powerful studio head! It's fun, addicting and entertaining!

There's a very current set of movies included, right up to today's 'Logan', for example. And the questions are very carefully crafted, as they say above, being neither too obvious nor too difficult. They're all multiple choice but might be visual, textual or audio clues, as appropriate. 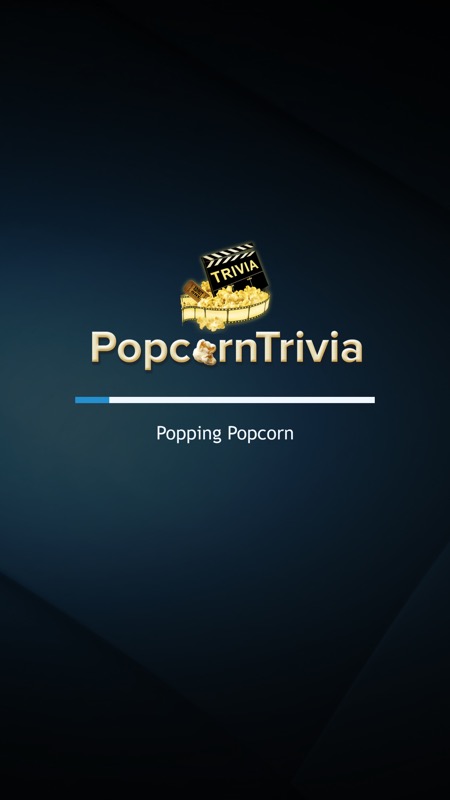 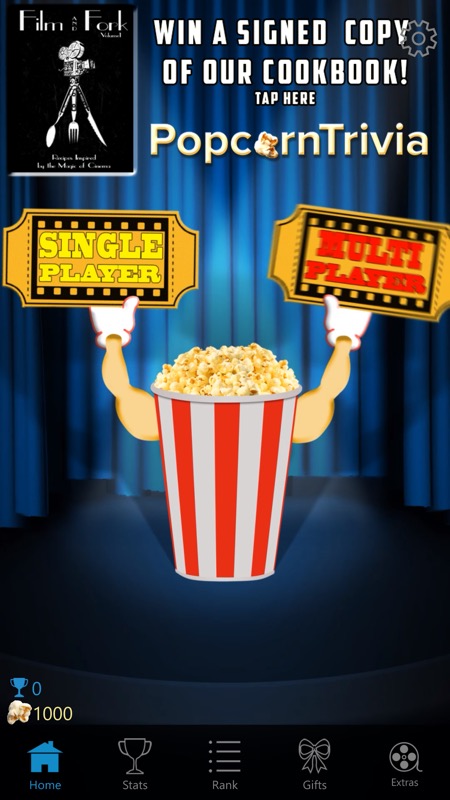 The game is very slow to load, but then there's quite a bit of data to load into RAM, not least thousands of movie thumbnails, so I'll cut it some slack. (right) As you might expect, this can be turned into a multi-player game with your friends too - the avatars can be customised, not least by buying enhancements with popcorn earned in the game. 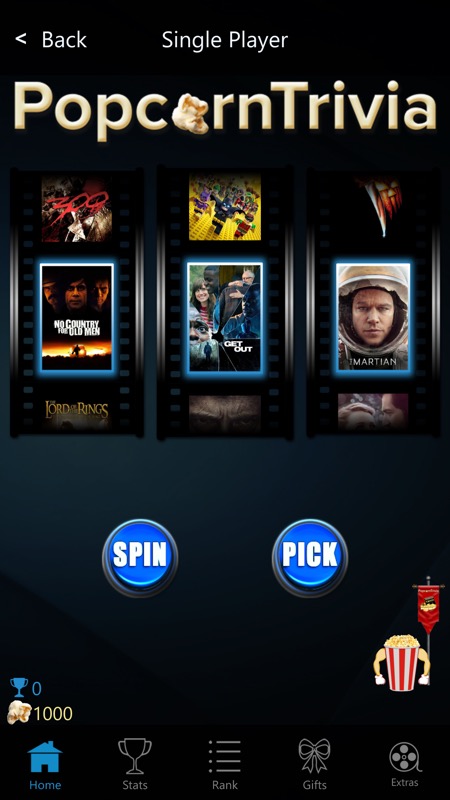 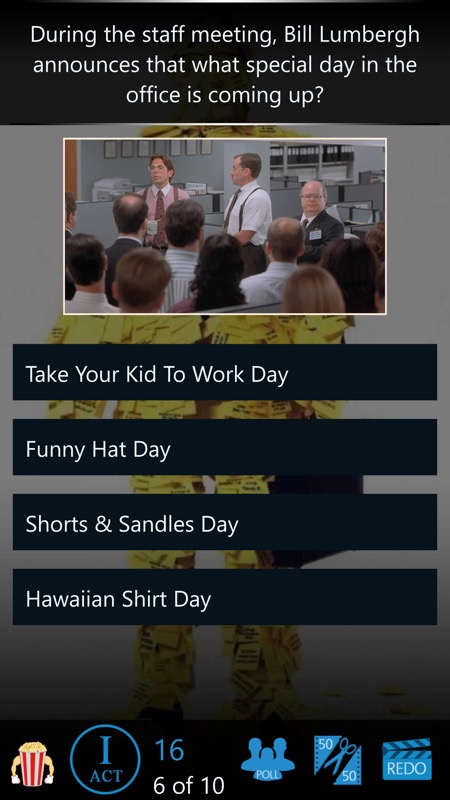 Movies get picked from a 'slot machine' interface, pick one of the three suggested and you're off and running, with (right) ten questions on the movie. 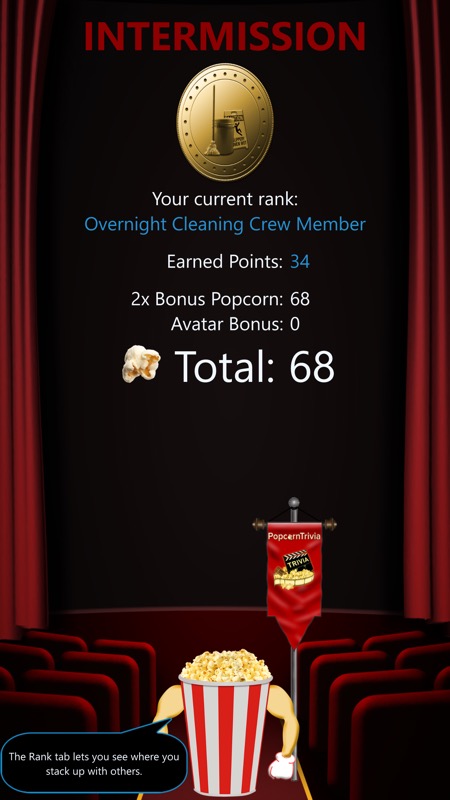 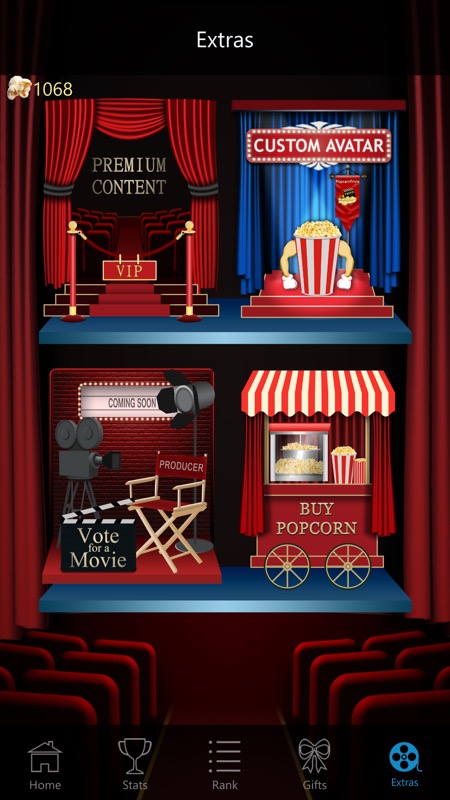 As you progress, you earn more and more popcorn and points, working your way up the global leaderboard and earning 'currency', as it were; (right) Then it's time to spend your earned popcorn, on real life TV content (e.g. that shown below, left) or on avatar customisations. 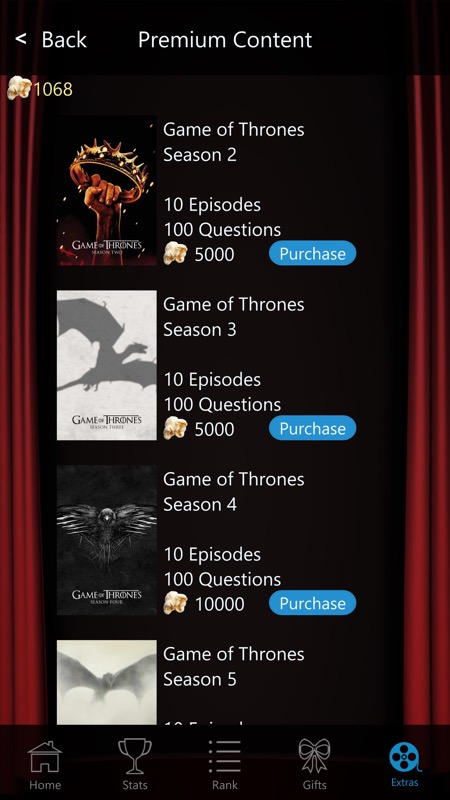 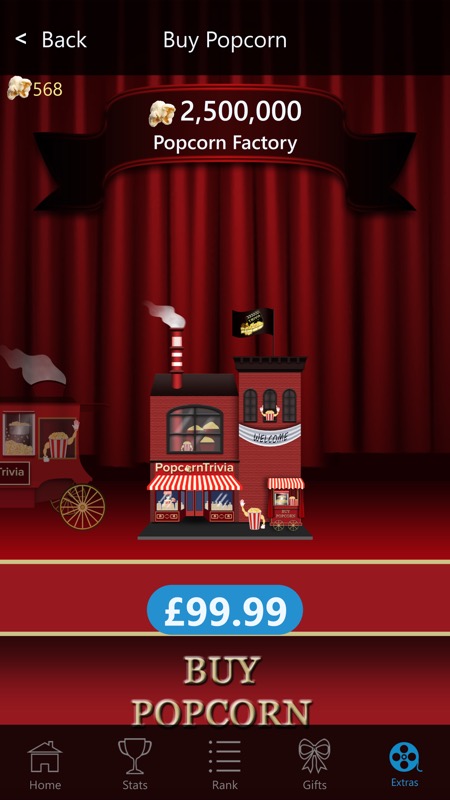 And so to the ultimate business model, with serious amounts of popcorn buying you access to real world TV, with the developers presumably taking a meaty cut; (right) the usual freemium mistake (IMHO), with the maximum in-app-purchase being so insanely high that it's only here to trap the unwary. I know you're possibly buying TV content, but come on.... £100????!!!

If you're just after the TV content, then buy it or stream it from other sources (e.g. Netflix) - it'll work out cheaper. Away from that side of things, there's a decent movie trivia game here - and one that I'm willing to dip into my wallet for - within reason!

You can grab Popcorn Trivia in the Store here.