Picture this... Take the Windows 10 Maps (including their offline versions), add on Google Maps' live traffic data, throw in Bing's roadworks database, and then garnish with some TomTom traffic jam love. What I'm describing is Traffic, a Windows Phone utility now reimplemented as a UWP app for Windows 10.

After the success on Windows Phone, Traffic lands on Windows 10 as a Universal App! Checking the traffic in your city has never been easier!

HIGHLIGHTING ON TRAFFIC IN 23 COUNTRIES!

Traffic jams, accidents, interruptions for road work will not be a surprise anymore, check Traffic before leaving, and plan a better itinerary

REAL-TIME TRAFFIC ALL OVER THE WORLD

You can quickly check the status of real-time traffic in your city in a very simple way from any device: mobile phone, tablet or PC.

"Traffic around me", "Traffic New York", "Traffic Boston" etc., use these simple commands and get access to the app directly from Cortana!

SAVE YOUR FAVORITE ZONE

You can save your favorite areas in Cloud to check the situation from all of your devices.

All isn't quite what it seems, mind you. For starters, there's the mystery of why this application is 50MB when all its data is sourced from elsewhere. Then there's the Cortana integration - this didn't work for me at all on either phone or PC. The Google traffic link-up didn't work on PC, so no colour coded roads. Finally, despite being a UWP application, there was no Continuum compatibility (which I found odd).

Having said all that, the basics did work on my Windows 10 Mobile phone (a 950 XL in this case): 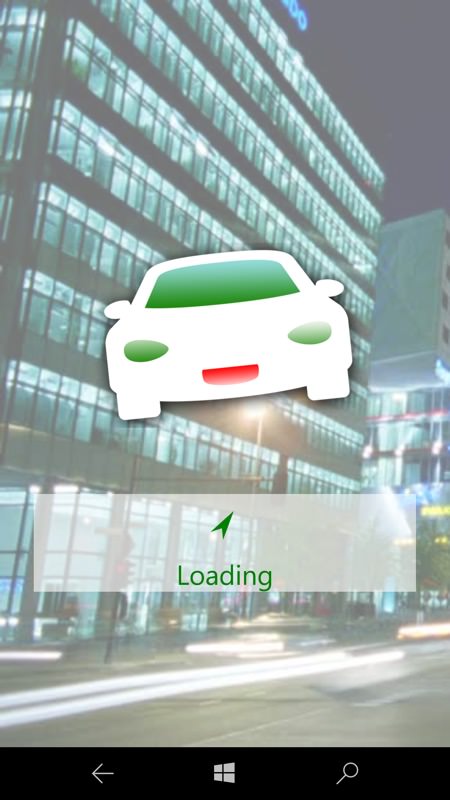 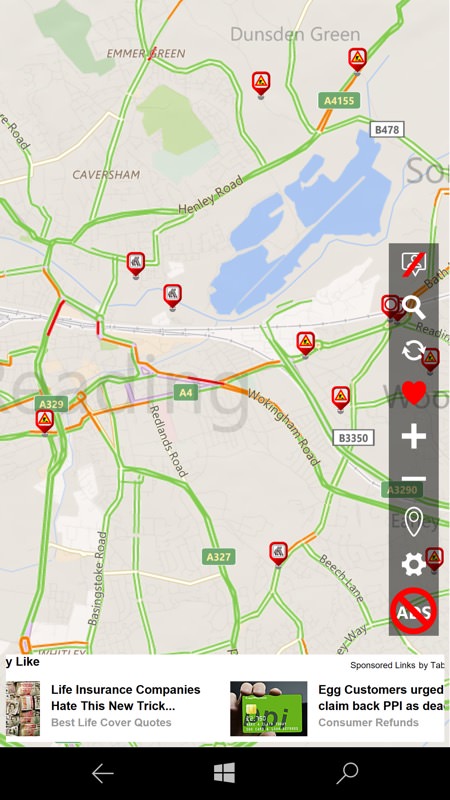 Some graphical intro screens do not a 50MB app make.... (right) a typical main view in the UI - a toolbar (hopefully self-explanatory), Google Maps traffic road colour coding, plus things you need to be aware of, shown as icons. 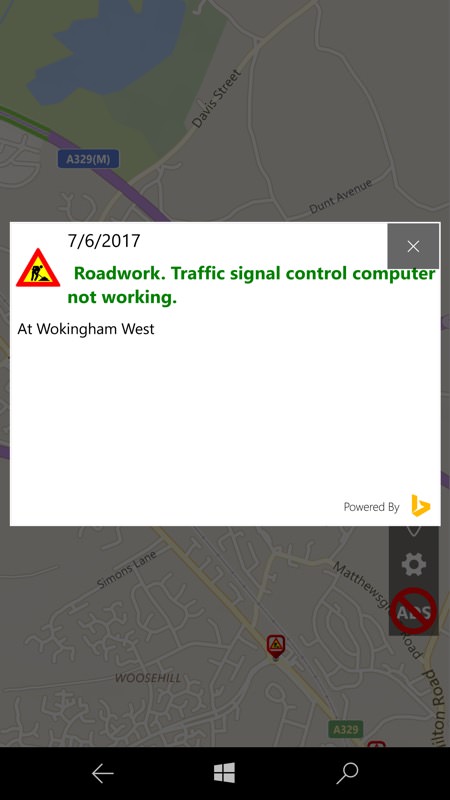 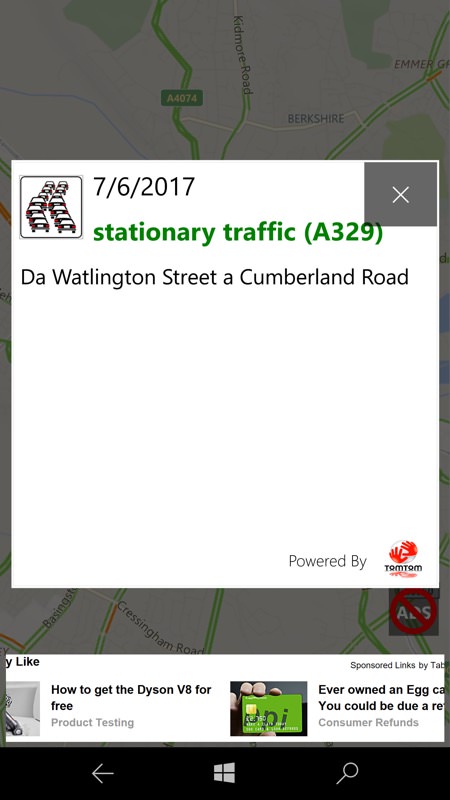 Tapping on icons shows what they represent - here roadwork info from Bing Maps (left) and traffic data from TomTom (right)... 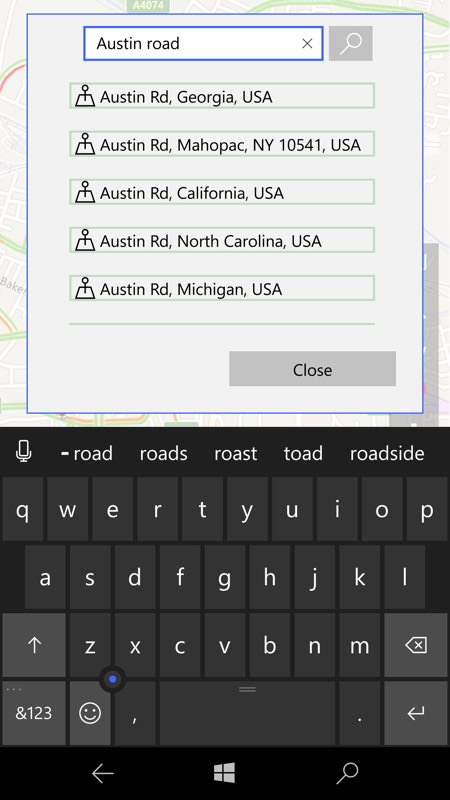 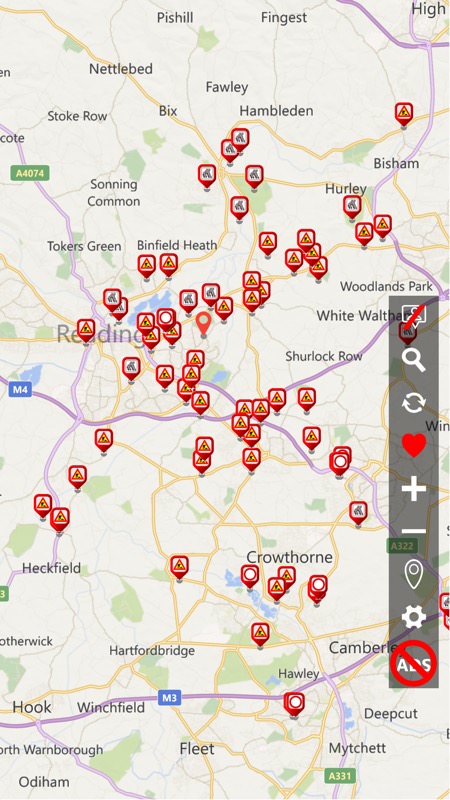 Yet another sign that Traffic UWP is fledgling - searching for a road near me only brought up matches in the USA! (right) the amount of information surfaced can be quite overwhelming at this scale!

With its data sourced from at least three different places, Traffic is at risk from things breaking on a regular basis, and this isn't helped by the oddities and inconsistencies within the app's code itself. Still, it's not without utility - and comments welcome if you use it regularly. Does it surface genuinely useful information that Windows 10 Maps or Waze couldn't tell you?

You can grab this here in the Store - it's free with ads, or there's an IAP of £3 or so to remove these. Yes, this is relatively expensive as mobile apps go (maybe the TomTom traffic feed has to be licensed?), but if you find its data aggregations useful each day then this won't be an issue?