PureView digital zoom is more common than you might think

Think back to one of the original tenets of Nokia's 'PureView' system, designed to accomplish lossless digital zoom using a high resolution sensor to 'smart crop' into, in a seamless way, exemplified in the Nokia 808 and Lumia 1020, but also found in the Lumia 930, 1520 and 950 range. Is this all patented, or can other manufacturers and developers leverage the exact same idea? In playing with my Android-powered ZTE Axon 7, I discovered that the exact same idea is already used when zooming on non-Nokia/non-Microsoft phones, and it works just as well. Who knew?

I mention all this in case users of any of the above-mentioned handsets were thinking of moving to Android and worrying about missing this zooming aspect, at least.

From my own article here:

So I set the camera to take photos at 4MP in 16:9, a nice compromise between file size and resolution/detail. In fact, it's similar to what that old Nokia 808 and Lumia 1020 used to use.
I wonder.... what happens if I zoom now on this Android phone? Will the 4MP image simply get blown up and blockily zoomed, or will the phone be clever enough to 'smart crop' into that high resolution sensor, just as the 808/1020 used to?
So I did some tests. Here's a nice shot of some flowers, the original is at 4MP: 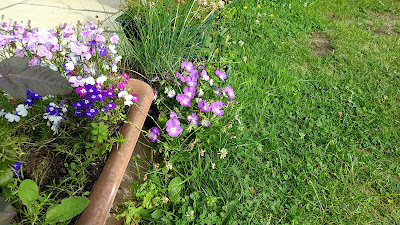 And here's a 1:1 crop from that image at blog resolution:

So a very tight crop and the resulting image is tiny, as you'd expect.
Now, using multi-touch on the Android phone's Camera UI, I zoomed in to '2x' and took the photo again: 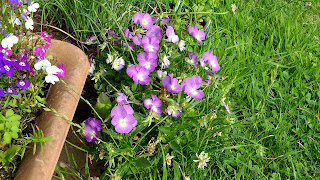 A nice zoomed shot, but is this a genuine zoom, i.e. without loss? Let's now look at a 1:1 crop of the same detail as above: 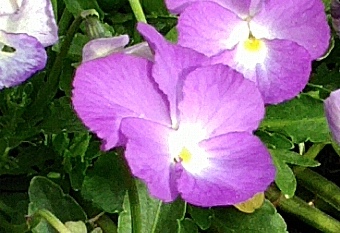 This is quite a bit more detailed, as you'd expect.

You can read on in the full original article.

Now, I can't guarantee that quality or indeed zoom factors will be as good on certain Android handsets as on the old Nokias, but I thought that other devices (can) behave in the same way was at least notable!

PS. It's absolutely true that all of this is nothing more than smoke and mirrors on old and new phones and that you could just take full resolution photos all the time, but then you have to live with 20MP (etc) snaps all the time, where something much smaller would do, plus you also have to go back later and manually crop things.

Filed: Home > Flow > PureView digital zoom is more common than you might think