I've been struggling with smartphone car holders for years - most seem to be designed for phones of less than about 5.2" screen size and, as such, are just not wide enough to hold the phone properly. Mate2GO is a laterally-thinking concept and approaches from the angle (literally) of landscape use. What if it were simply a case of propping up your phone securely this way? After all, safe in-car applications (e.g. Windows 10 Maps) work very well in landscape mode... 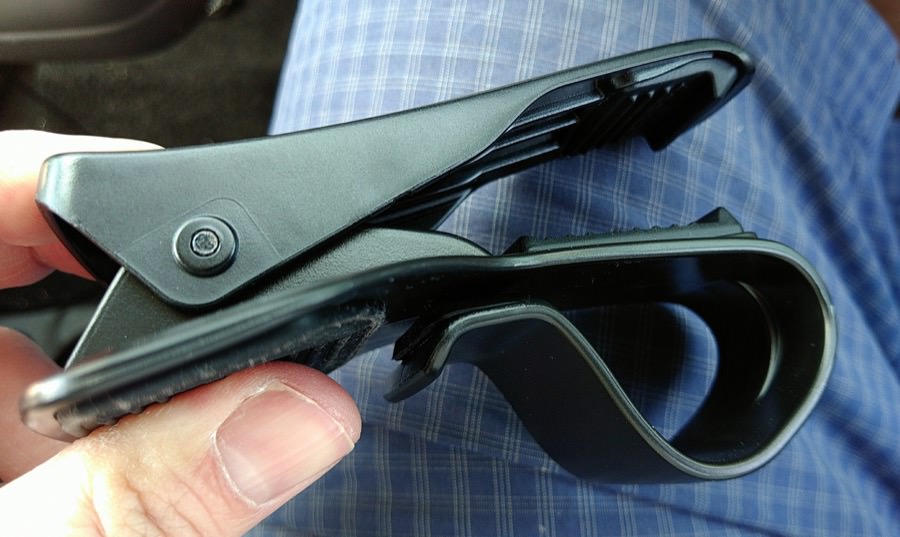 The holder itself is essentially a huge spring-loaded clip - but a very well made/designed one. The bottom curved plastic stretches slightly to allow sliding onto the front ledge of most car dashboards - it fitted my Renault Scenic perfectly, but your mileage will vary, depending on dash shape and design. 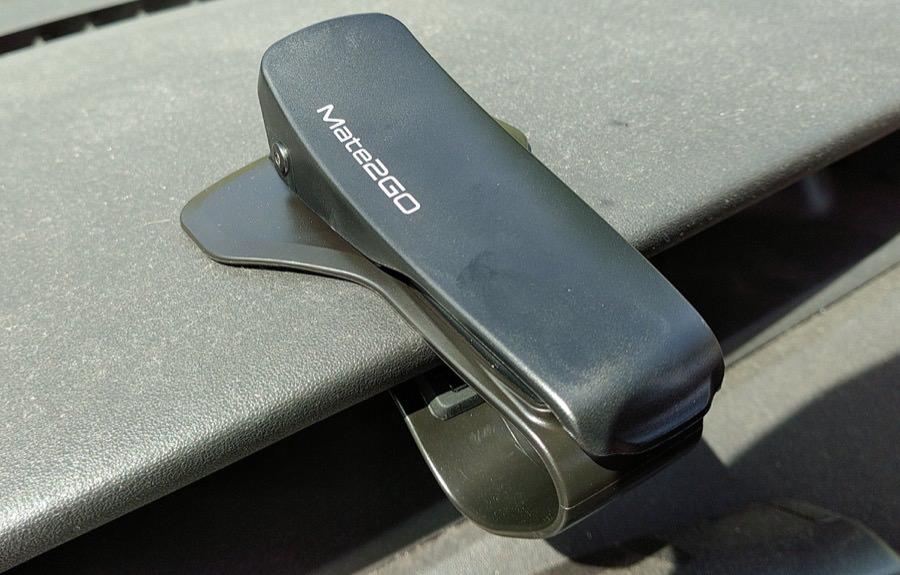 With the Mate2GO in place, the main clip can be employed. The photos here tell the story better than words can - strong plastic arms/grips can hold most large smartphones at a few different angles (according to serrations on the rubber bottom arm) - it does take two hands and a little strength to open the arms and insert the smartphone safely, but once in place there's no way the phone can slip out. 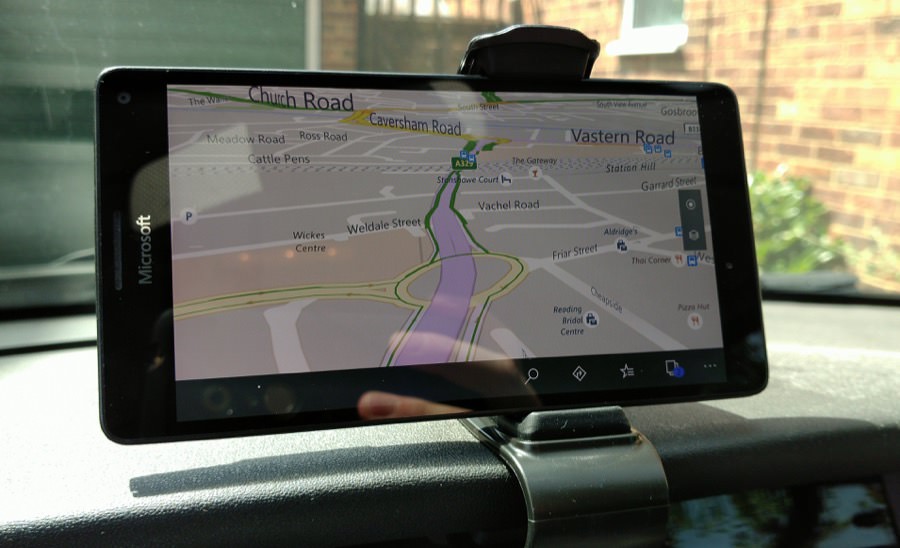 Depending on the phone, you have to be a little careful about how you position the device in the Mate2GO's grip, as you don't want pressure on power or camera buttons, for example! Happily, in landscape mode there's normally quite a degree of margin and error and I had no issues.

I tested the Mate2Go with a Lumia 950 XL and an Android-running Axon 7 and both worked brilliantly (in Windows 10 Maps and Android Auto respectively). 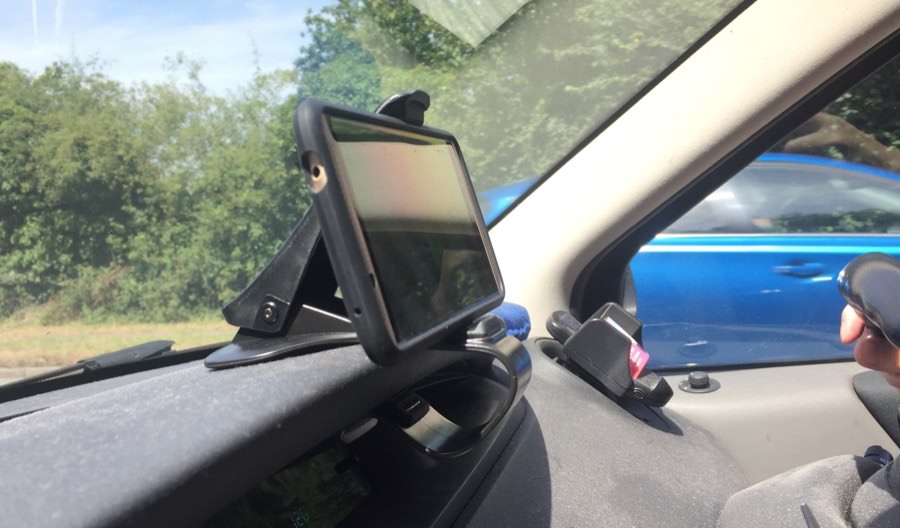 (The usual caveats apply if you want to plug in either 3.5mm audio or USB power - and this will depend on the phone, on your car's layout and on whether it's a problem to have a lead coming out of one end of the phone and then routed from there. Experiment away!)

At about £7 including postage (with Prime) this is WAY cheaper than I'd expected and gets my recommendation - it has already replaced my creaking old holder from 2013-ish!