On the Microsoft Azure Facebook page (and on Twitter too) is a rather interesting graphic, shown below. It shows a user using a folding phablet (as a phone) - this may well be a prototype or even just a concept device or image, but it's dramatically close to what many people in the industry have been expecting from Microsoft in terms of changing the ground rules for phones as they are today. Could this be the first look at the 'Surface Phone'? 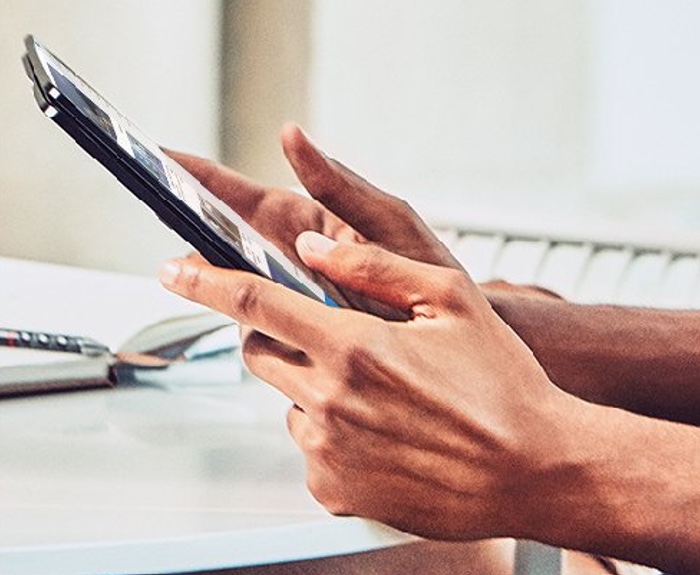 You can clearly see the bezel-less design, the folded over 'other half', the magnetic latches at the top-side of each half, for when the device gets opened and used as a (roughly) 9" Windows 10 (on ARM) tablet. Or perhaps (as per comments below) a laptop-like form factor, with the other half being a full QWERTY keyboard?

This is pretty exciting, though take a deep breath. This could be a concept mock-up - and at the very most an early prototype. There's nothing whatsoever online about an official product or release details. Whatever this ends up being, it's clearly for a 2018 release.

This could match the recent Microsoft patents too, with one of the patent illustrations shown below: 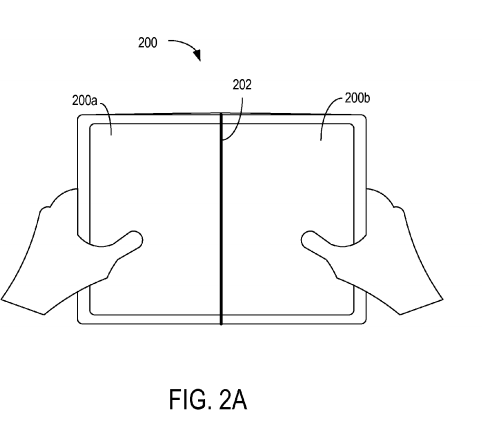 Comments? It looks a little fragile to me, but then this is for business use mainly, I'm guessing, and would perhaps come with a leather case of some kind? And anyone care to bet on voice telephony, or just VoIP/data?