It's a poorly kept secret that all the teenagers who don't have a paid Spotify (or similar) account merely get their music for free via YouTube - virtually every album ever released (and a great number that haven't been!) is up on YouTube's servers. Never mind that the videos/pictures are incidental, it's just a good source of free music, with just a few ads to skip past. But what if a client application on the phone could search YouTube for you, request the video in audio form, eliminate the ads, and so on? This is, effectively, what Songify UWP is, also tying into Spotify playlists and acting as a player for local files if needed.

All isn't quite as rosy as I make it sound, but the idea's certainly there. From the Store description:

Songify allows you to search, find, and download music as MP3, and not pay for a subscription. Download it once, keep it forever.

All sounds a little dodgy? Well, maybe. It's certainly a grey area, with this music all being publicly available on YouTube and the app is simply making it easier to 'listen'. 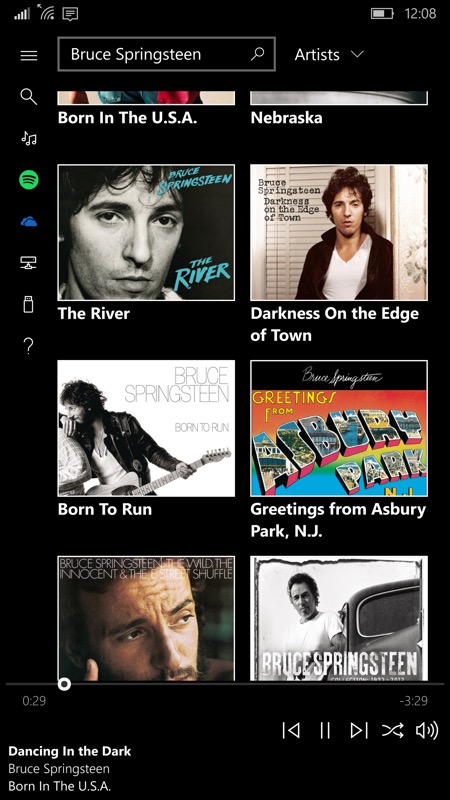 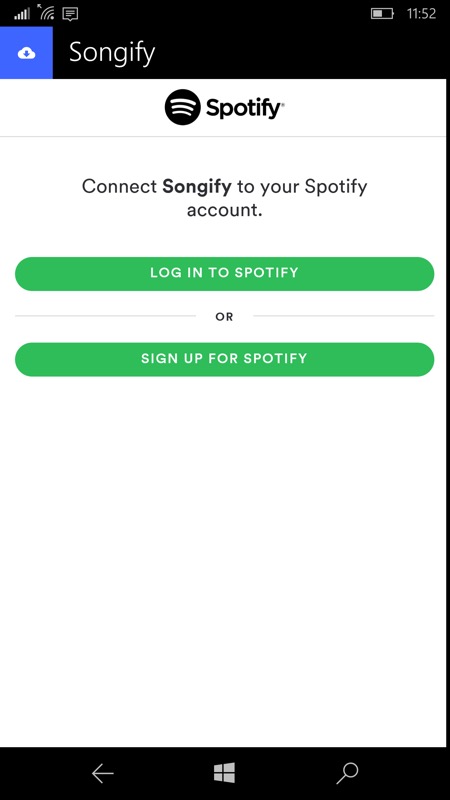 Searching for an artist in the system (effectively on YouTube, though there's lots of intelligent hook-ups going on, with cover art being filled in etc.) (right) You can hook up a (presumably free) Spotify account too, should you want to import playlists. 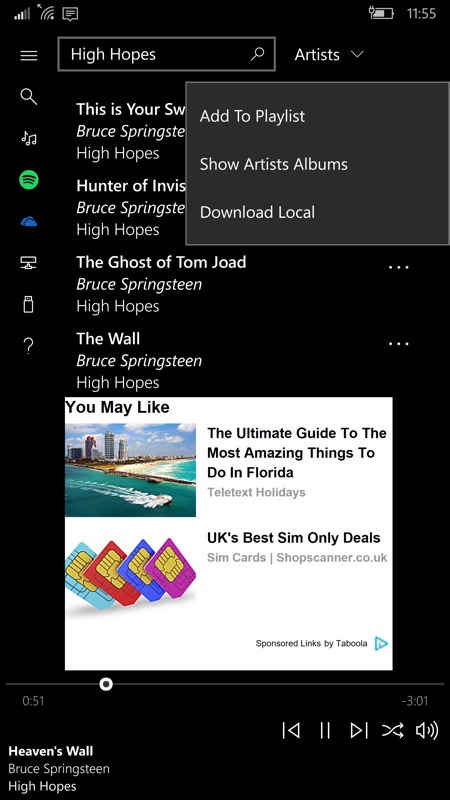 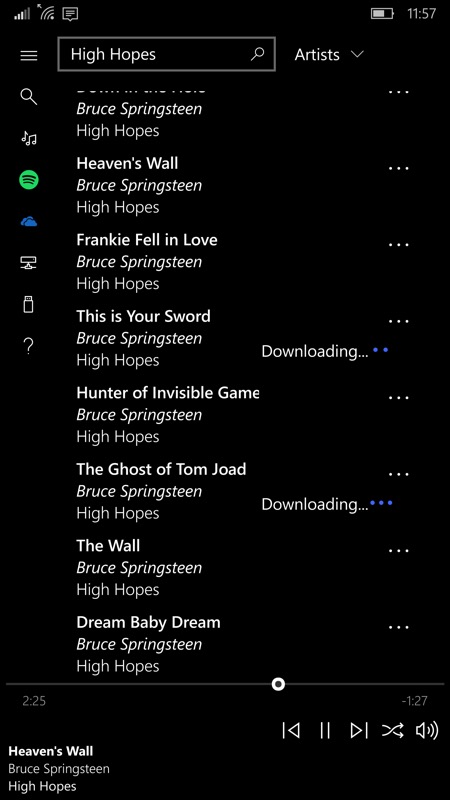 Browsing an 'album's contents. Note the in-line adverts and the '...' pop-up menus that allow 'Download local' (of which more later); (right) Downloads in progress.... 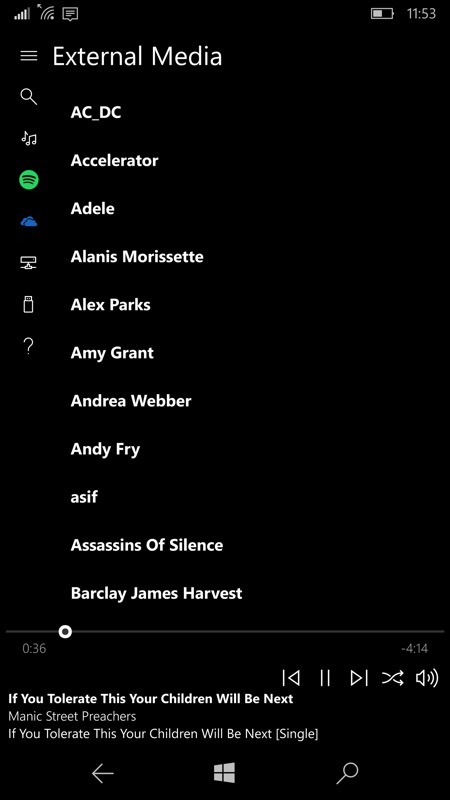 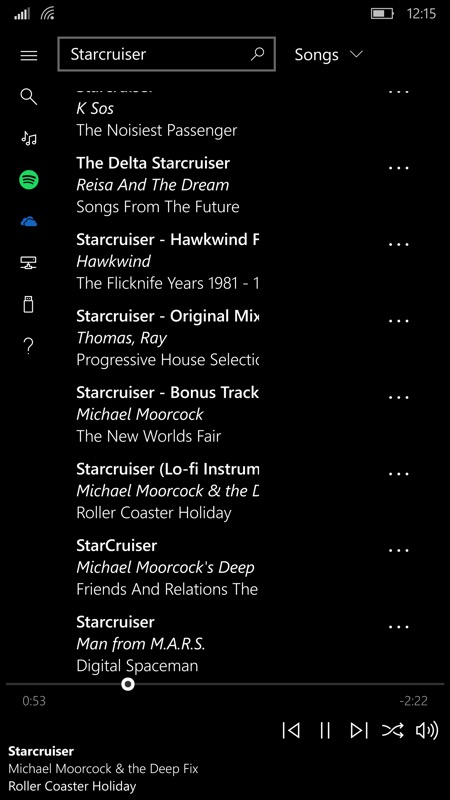 As with Groove and other solutions, the currently playing song is shown at the bottom of the screen. Down the left are controls for the various things you can play, from playlists to searched songs to network and local drives; (right) looking for something really obscure from the 1970s catches Songify out. Few of these are exactly the track I wanted and the ones that do play aren't the whole thing. Oh well...

And, being a UWP app, here's the obligatory Continuum shot - it works really well on the larger screen (and on laptop/tablet etc.): 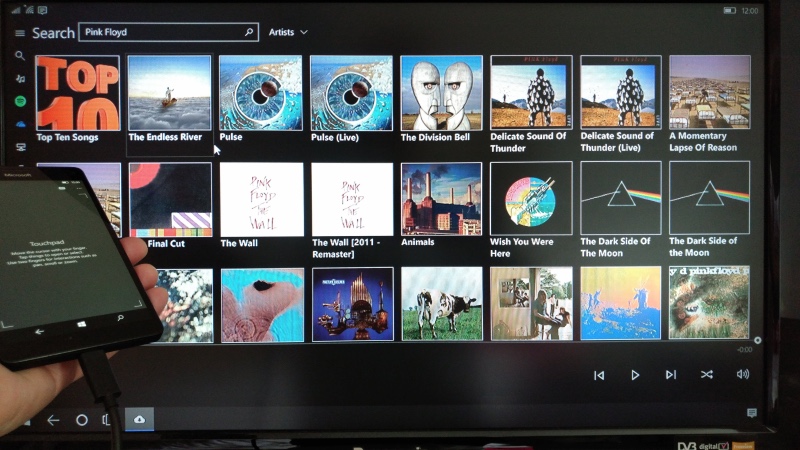 The Floyd's discography shown off well in Songify on a Continuum display from a Lumia 950 XL...

There are numerous issues with Songify at the moment. It's perfectly behaved most of the time, with the limitation that you can't scrub along a track - it's a continuous playback/stream or nothing. But as the music you want gets more obscure then the versions presented often are 'live' or not the 'right' ones. And once the tracks get really off the beaten track then you're lucky to get anything resembling what you actually wanted.

Then there are occasions where tracks won't play/stream at all and there's no confirmation in the UI, no error message, etc. Finally, tracks which have been downloaded to 'local' aren't marked or visible anywhere in the UI and when you tap on their pop-up menu, the 'Download' option is still there. All very confusing indeed.

You can grab this for free in the Store here. An IAP of £4 gets rid of the adverts and, hopefully, will help the developer to be motivated to fix the various bugs and inconsistencies.